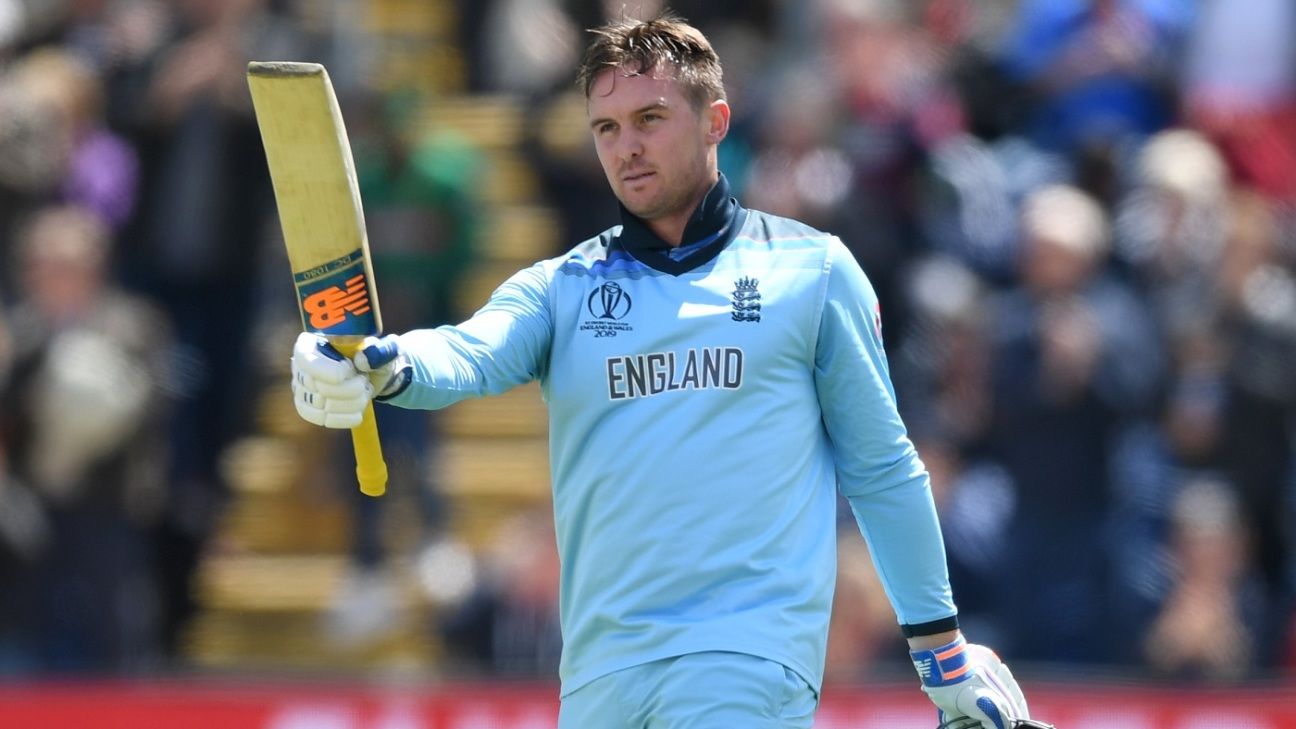 Jason Roy is set to make his Test debut against Ireland at Lord’s next week, mere days after playing his part in England’s World Cup final victory over New Zealand. However, Jofra Archer‘s hotly anticipated Test debut will be deferred at least until the Ashes next month, after he was rested from a 13-man squad for the one-off contest that gets underway next Wednesday.

Roy, who will expect to open the batting alongside his Surrey colleague, Rory Burns, could also be joined in the team by two other Test debutants, with bot Warwickshire’s Olly Stone and Somerset’s Lewis Gregory in line for selection in a contest from which several first-choice players will be absent.

Stone, who was an unused squad member on last year’s Test series in Sri Lanka, was forced to sit out the subsequent tour of the Caribbean earlier this year, after picking up a stress fracture of the back. But he is back in contention now, and replacing the man who replaced him on that tour, Mark Wood, who may now miss the majority of the Ashes after picking up a side strain during Sunday’s World Cup final.

According to the ECB, Wood is expected to be out of action for four to six weeks, which realistically means he will be out of contention until at least the fourth Test against Australia, which gets underway at Old Trafford on September 4.

His absence is a blow, given the firepower that he offers to England’s attack – his spell in the St Lucia Test against West Indies earlier this year was one of the quickest ever recorded in Test history. However, Stone, 25, is also capable of cranking the speed gun up past 90mph, with 123 first-class wickets at 25 apiece in his career to date.

Gregory meanwhile has earned his first call-up to the Test squad after leading Somerset’s attack in a County Championship campaign that they had been dominating until last week’s untimely defeat to Yorkshire. With 44 wickets at 13.88 to date this season, he is in some of the best form of his career, and is currently captaining the England Lions against Australia XI in a tour match at Canterbury.

Archer, who held his nerve in the thrilling Super Over that sealed England’s World Cup win, has been given a chance to take stock of his rapid ascent to stardom. He had not been eligible to play for England until his selection for the Pakistan series in May that preceded the World Cup, and has been granted time off for a return to visit his family in Barbados before the Ashes get underway.

In the wake of his key role in the World Cup, however, Archer has already been awarded an increment contract by the ECB for the next 12 months.

James Anderson, who was thought to be a doubt for the Ireland Test after sustaining a low grade calf muscle tear while playing for Lancashire at Sedburgh recently, has been named in the squad alongside his long-term opening partner, Stuart Broad.

Jos Buttler and Ben Stokes, England’s two batting stars from the World Cup final, have both been rested for the Ireland Test, with the first Test against Australia looming at Edgbaston on August 1.

Joe Denly, who made his maiden half-century in England’s most recent Test in the Caribbean in February, is likely to retain his place at No.3, with Joe Root – resuming his role as Test captain – inked in at No.4.

A squad of 16 players are due to attend a pre-Ashes training camp this weekend at St George’s Park, the Football Association’s national football centre based at Burton-Upon-Trent.