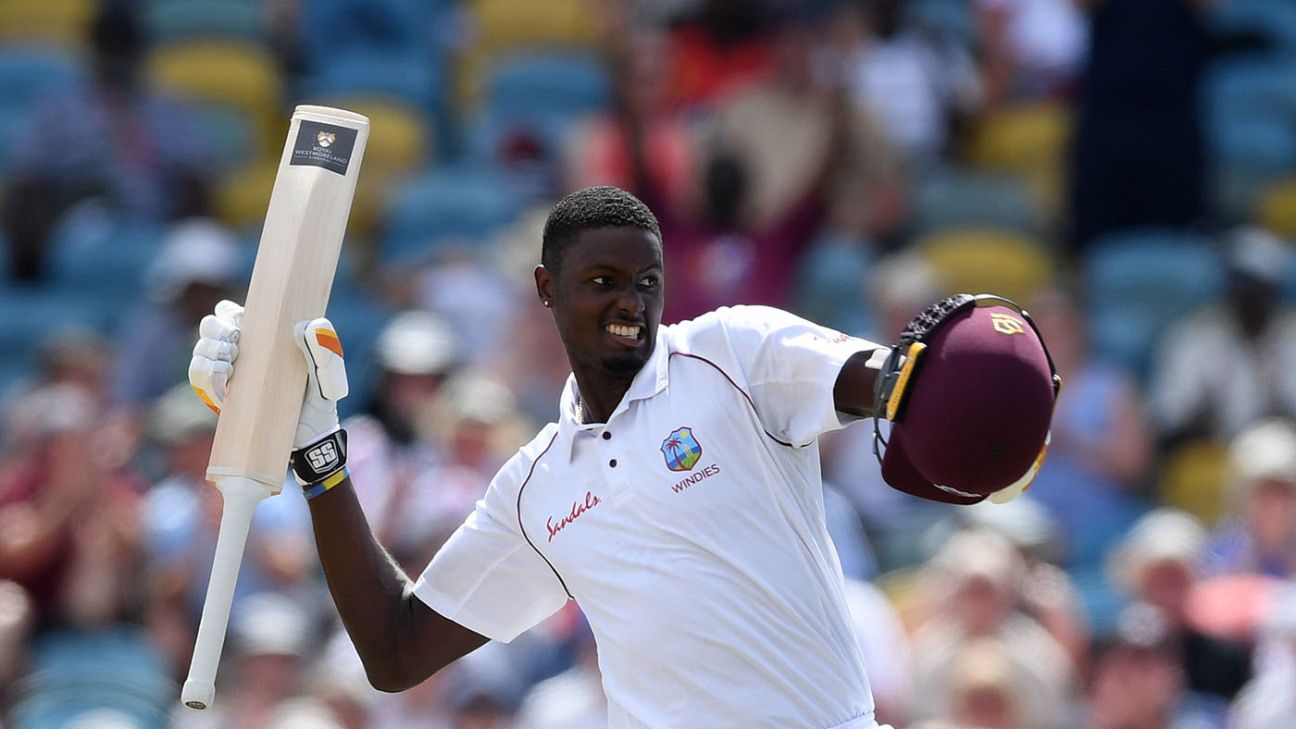 West Indies captain Jason Holder will join Northamptonshire for the start of the county season, the club has confirmed.

As reported by ESPNcricinfo three weeks ago, Holder will be available for the first two Championship matches – against Middlesex from April 5 and Glamorgan from April 11 – as well as the opening six One-Day Cup games.

His involvement is subject to Cricket West Indies granting a no objection certificate in a move aimed at protecting him for the World Cup campaign in the wake of a shoulder injury he suffered last year. Holder is expected to join West Indies when they travel to Ireland in early May as part of their preparations for the World Cup, which starts on May 30.

Holder is suspended for the third and final Test against England starting on Saturday because of his side’s slow over-rate during the second Test in Antigua after leading his team to an unassailable 2-0 series lead.

Ranked as the ICC’s No.1 Test allrounder, Holder has impressed with his unbeaten double-century in Barbados, his 4-43 in England’s second innings in Antigua and some excellent captaincy throughout the series. His seven wickets for the series have come at an average of 17.85.

The 27 year old, who has played 37 Tests and 85 ODIs, said he was keen to experience county cricket for the first time.

“England is somewhere I’ve wanted to play for a long time and I’m looking forward to the experience of county cricket and testing myself in the different conditions,” Holder said. “Northamptonshire has a reputation of being a good club to be a part of, with a tight-knit squad and coaches who want to get the best out of their players.

“I’m hopeful from a personal point that it will provide me a good opportunity of acclimatising to English conditions and getting some time in the middle ahead of the World Cup in England and I’m grateful to Northamptonshire for the opportunity.”

Northamptonshire head coach David Ripley was happy weeks of negotiations had delivered Holder to his club.

“Jason is one of the world’s top players and it will be great to have him as part of our squad,” Ripley said. “He is a quality bowler, match-winning batsman, catches well at slip and his leadership experience will also be important, supporting and working with (captain) Alex Wakely and our other senior players.”