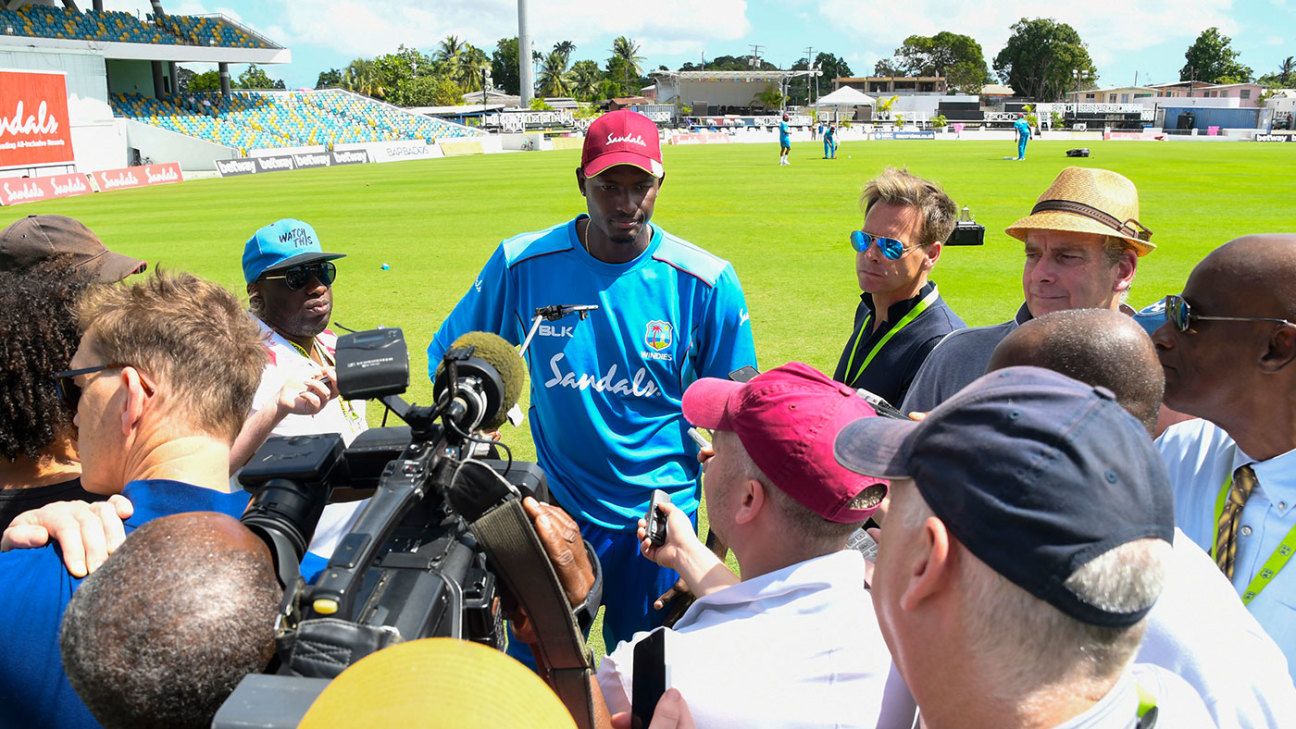 Jason Holder has called on his side’s batsmen to show greater consistency in the series against England.

Holder, the West Indies captain, feels his batsmen have “shown glimpses” of what is required to achieve more regular success. But he also accepts his team’s batting has “let them down” on occasions and knows they will have to do better if they are to sustain their fine home record against England.

Only one man in the squad averages more than 36 in Test cricket and he – Darren Bravo – has not played a Test in more than two years. Several other members of the top seven either lack experience – it seems John Campbell will make his debut at the top of the order – or average under 30. That includes Shimron Hetmyer, Shai Hope and Shane Dowrich.

But Holder hopes his team can draw on their experience of success against England – not least in winning at Headingley in 2017 and in Barbados in 2015 – and provide the support his potent-looking bowling attack require.

“Our consistency is something that has really plagued us in the past,” Holder admitted. “Particularly with our batting. Our batting has probably let us down on a few occasions.

“I just think we need to start the series well by putting some runs on the board in the first innings and making an early statement.

“England obviously have a quality bowling attack, but we’ve seen glimpses of what we can do against this attack. We obviously had a really good time at Headingley and fought back well in that series. And then last time in the Caribbean we did really well to fight back here in Barbados.

“We definitely know we can perform against this attack. It’s just a case of being consistent and sticking to our game plans for long periods.”

West Indies’ strength would appear to be in their pace bowling. Kemar Roach has recently broken into the top ten of West Indies wicket-takers – a list that contains some of the best bowlers in the history of the game – while since the start of 2018, Shannon Gabriel is taking his wickets at a cost of just 19.54. Holder, meanwhile, has just broken into the ICC’s top 10 ranked Test bowlers, while Jomel Warrican, the left-arm spinner, tortured England Lions to the extent that he claimed 34 wickets at a cost of just 8.96 apiece when they toured the Caribbean less than a year ago.

“What you’ve seen of this attack in the last couple of series is consistency,” Holder said. “We’ve done a hell of a job of trying to take 20 wickets more often than not. We have some seasoned campaigners in Roach and Gabriel who have led the bowling attack nicely and I hope we can continue in that direction.”

While Holder acknowledged it was pleasing to be named in the ICC’s Test team of the year, he said he would take more pride in such accolades if they helped West Indies climb from No. 9 in the Test rankings into the top three.

“I’d feel better if I was in the ICC XI and WI were in the top three in the world. That’s basically my aspiration. Just to keep doing as much as I can to win a few more games for West Indies.”