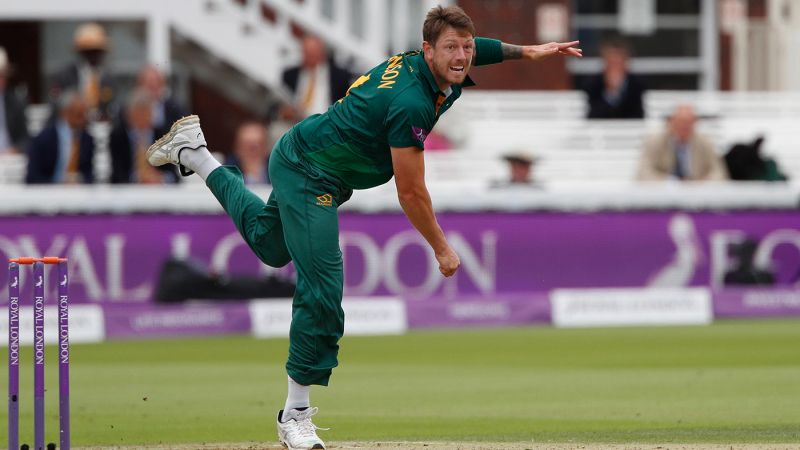 James Pattinson will continue his push for a place on the Ashes tour with a return to Nottinghamshire in English county cricket.

Pattinson is in line to play seven County Championship matches and the full Royal London Cup campaign although that could change if he is included in the Australia A squad for the tour which precedes the Ashes and is shaping as a key in the selectors’ final decision-making.

He has had another disrupted season in Australia following his return from major back surgery – a side strain curtailing his Big Bash season for Brisbane Heat – but has been in eye-catching form since returning for Victoria in the Sheffield Shield with a five-wicket haul against New South Wales and more scalps against South Australia.

During his previous spell with Nottinghamshire in 2017, Pattinson took 32 wickets at 12.06 in five Championship matches.

“James had a successful first spell with us and it’s great to get the chance to welcome him back this season,” Nottinghamshire director of cricket Mick Newell said. “His pace and international pedigree make him an exciting addition to our squad. If he performs anything like he did during the previous spell, we’ll be very happy.

“What you want from an overseas player is someone with the right attitude who throws themselves into playing their cricket for Nottinghamshire. That’s certainly something James did for us in 2017 and that’s why he was so popular among the members and supporters, as he was with the players and coaching staff.”

Pattinson said: “I loved my time with Nottinghamshire in 2017. It will be great to join up with the lads again. I’m excited to get back on the field and helping the team chase a couple of titles.”