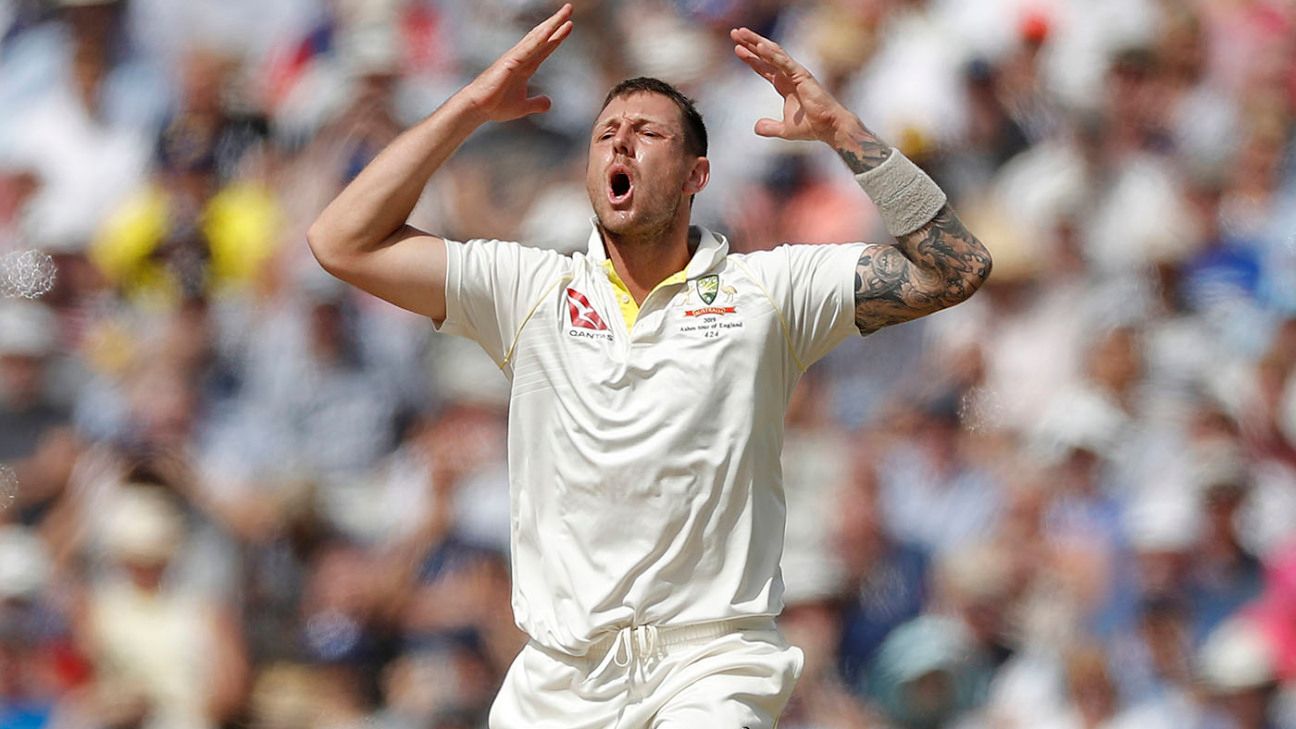 James Pattinson is out of the first Test against Pakistan at the Gabba after receiving a one-game suspension from Cricket Australia for a code of conduct breach during Victoria’s Sheffield Shield match with Queensland that concluded on Friday.

ESPNcricinfo understands that the charge was driven by umpires John Ward and Shawn Craig who felt that Pattinson overstepped the mark with his language towards a Queensland player. It is understood the Queensland team were not particularly offended by what took place.

“He knows he’s let himself down, he’s let the group down,” Tim Paine told ABC Grandstand. “We actually had a chat last night about the fact we hold ourselves to really high standards with our behavior. That’s not just when we’re playing [international] cricket, we’ve got to go back to domestic cricket and lead the way on that front as well, so we’re disappointed in that, but James has owned up and knows he’s made mistake and has apologised for it and he will come back bigger and better.”

Pattinson and Victoria were visibly frustrated throughout the match with some of the umpiring decisions, including his own lbw in the first innings on day two when he was part of Mitchell Swepson’s hat-trick.

Pattinson has not contested the charge and is suspended for one match as it is his second code of conduct offence in the last 12 months and his third in just over two years. In March this year, he was fined 100% of his match fee for showing dissent at the umpire’s decision in a Shield game against South Australia.

It means he is unavailable for selection for the first Test and it appears highly likely now that Mitchell Starc will be the third fast bowler chosen alongside Pat Cummins and Josh Hazlewood. Pattinson did not think he would be selected in any case.

While Pattinson has been suspended, Steven Smith only received a fine of 25% of his match fee for dissent during New South Wales’ Shield match against Western Australia. Smith, like Pattinson, also had a prior record, his 12-month suspension by Cricket Australia in March 2018 was a code of conduct charge, and he is still serving a two-year leadership ban until the end of March 2020.