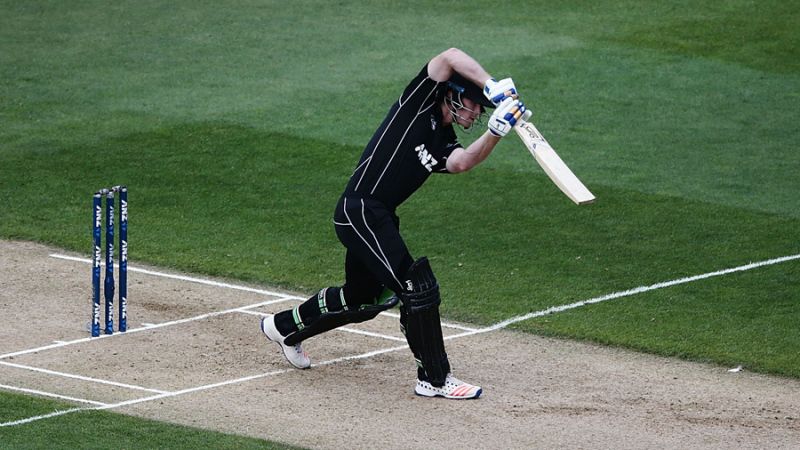 Allrounder James Neesham and fast bowler Doug Bracewell are back in New Zealand’s ODI squad after a gap of more than a year. They have both found places in the squad for the three-match ODI series against Sri Lanka, which begins on January 3 in Mount Maunganui.

Also in the squad is wicketkeeper-batsman Tim Seifert, who is set to make his ODI debut with the regular keeper Tom Latham rested. Also rested is the allrounder Colin de Grandhomme.

Neesham has not played an international of any description for almost 18 months, but has earned a recall on the back of excellent domestic form. His batting was especially instrumental to Wellington Firebirds’ run to the Ford Trophy List A title over the last two months, as he scored 503 runs at an average of 63.87 and a strike rate of 111. He also claimed 13 wickets in the tournament.

Bracewell, meanwhile, who last played for New Zealand in January this year, returns to the side on the back of strong performances for New Zealand A against India A in October and November. It was in the unofficial Tests – rather than the List A games – in which Bracewell impressed, however, taking eight wickets at 28.75, in addition to producing two solid innings with the bat.

“Doug and Jimmy have performed well on the domestic scene and showed during the recent New Zealand A series against India A that they’re ready for international cricket,” selector Gavin Larsen said.

Also part of that A team series had been Northern Districts wicketkeeper batsman Seifert, who made 123 runs at 42.66 across three innings in the unofficial ODI series. He has played seven T20Is, and is almost certain to make his ODI debut against Sri Lanka with no other wicketkeeper-batsman named in the squad. “Tim’s also been rewarded for his strong New Zealand A form and we’ve been impressed by the development of his all-round game,” Larsen said.

In general, New Zealand would like to use the Sri Lanka series as a testing ground for World Cup prospects, Larsen said. “We want to win the one-day series against Sri Lanka, and we want to gain as much new information as possible while doing so.”

Perhaps the most notable omission from the squad is left-arm spinner Ajaz Patel, who was in New Zealand’s ODI squad for the recent tour of the UAE, though he did not play a 50-over game. Legspinner Ish Sodhi is the frontline slow bowler in the squad.

Mitchell Santner, meanwhile, recently returned to action in the Super Smash after nine months out with a knee injury. The spin-bowling allrounder could be back in the reckoning soon, Larsen indicated: “Mitchell made a promising return in the Burger King Super Smash over the weekend and we’ll continue to monitor his progress closely.”