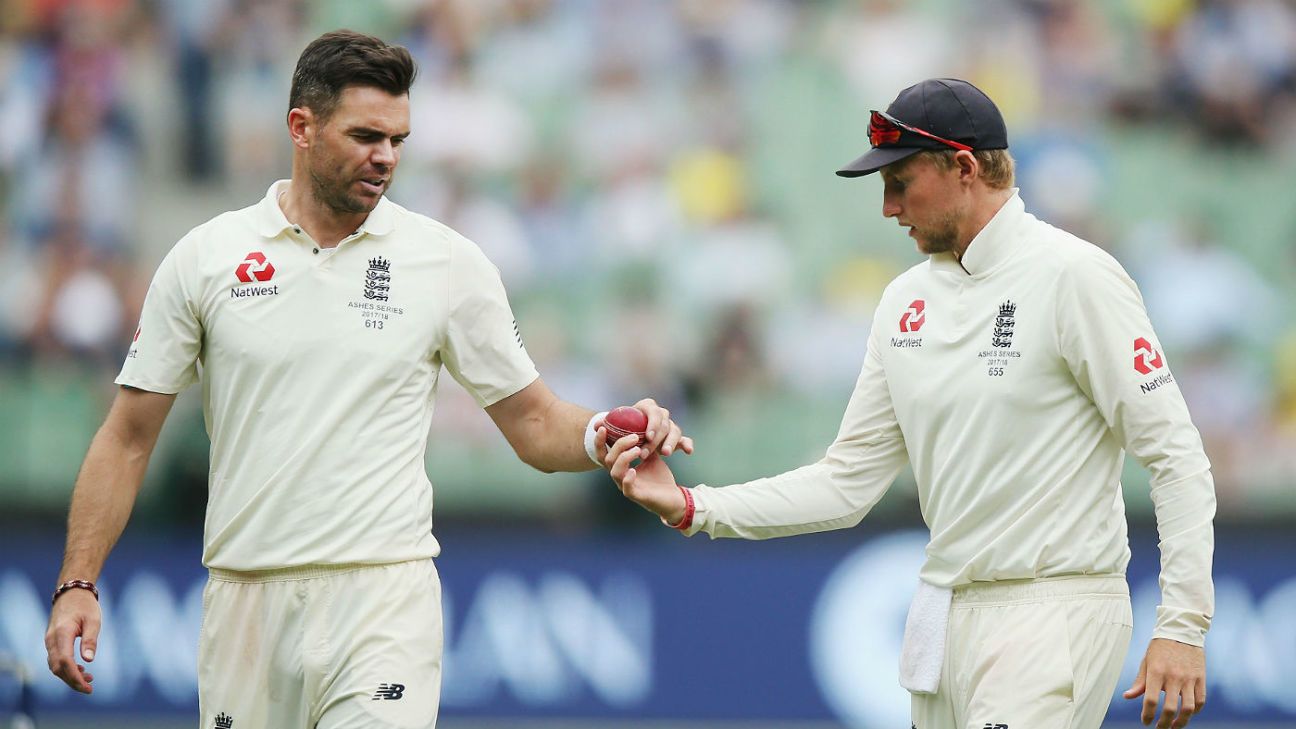 It is a measure of what a close Ashes series we have in prospect that even Glenn McGrath has chosen to “sit on the fence” instead of offering up his traditional “5-0 to Australia” prediction.

However, McGrath believes that the key to the series is held by James Anderson, the man who recently overhauled his all-time record for Test wickets by a fast bowler, as Australia bid to win the Ashes in England for the first time since 2001.

Anderson, like McGrath, continues to operate at the peak of his powers long after his contemporaries have begun to succumb to the ravages of time. Though he turns 37 on Tuesday, he is still the ICC’s No.2-ranked fast bowler in Test cricket with 575 wickets to his name, and he is much the same age as McGrath himself was when he spearheaded Australia’s 5-0 Ashes win in his farewell series in 2006-07.

“To be 37-plus, and to have played 148 Test matches, it’s absolutely incredible,” McGrath told ESPNcricinfo. “To think that he’s put his body through that much pain and stress, and everything that goes into being a fast bowler, and he’s still going out there and going the business.

“When that ball’s swinging, in English conditions with the Dukes ball, there’s no-one better. So yeah, if Australia can get on top of Jimmy, that’s going to be a big decider in this Test series. But if Jimmy comes out, bowls well and knocks the Australians over, it’s going to be another tough series for them.”

Adapting to the Dukes ball will be a major factor in Australia’s campaign, not only for the batsman facing Anderson and Co, but their own coterie of fast bowlers who look, on paper, as strong an outfit as has toured England in many a series. England know full well about Mitchell Starc, Pat Cummins and Josh Hazlewood, but James Pattinson’s form is particularly noteworthy in the lead-up to Edgbaston, as shown by his success on a lively practice wicket at the Ageas Bowl last week.

“It’s going to be an amazing series,” said McGrath. “I think this Australian bowling attack is looking as good as it’s been for a long time. To have James Pattinson back and what he offers … he’s been bowling incredibly well, but it’s just that attitude and ‘white-line fever’, I guess you’d call it. As soon as he crosses the line, he’s very dangerous.

“To have that wealth of fast bowlers, that’s tough for the selectors, and it’s going to be interesting to see which way they go for that first Test match. But it’s a good thing to have.”

It’s an especially tantalising proposition given the insecurities in England’s batting order at present. In an extraordinary Test against Ireland at Lord’s last week, England were bowled out for 85 in the first innings and lost 7 for 77 in the second, and McGrath admitted that the Australians would be itching to reopen a few wounds.

“They’ll be keen to get a look at that top order as soon as possible,” he said, “but they’ll still have to bowl in the right areas. I think that’s very important. If they bowl badly, and let those guys get settled and get a little bit of confidence, the series is over. But if they can bowl well at those guys, get on top of them, and get Joe Root in at 3 for 30 rather than 3 for 300, it makes a massive difference, and it’s a massive match-up for the series.”

When it comes to bowling the right length in England, no-one exemplifies it better than McGrath, who hoovered up 87 wickets at 19.34 in his three tours from 1997 to 2005, including a remarkable 33 at 11.50 at Lord’s, the venue for the second Test. But even he had to learn the hard way, after a chastening first outing in England at Edgbaston in 1997.

“I remember that ’97 series very well,” he said. “It was my first tour of England, and in that first Test match, we probably bowled more of an Australian length. England dominated – they won that Test by nine wickets – and the day after, Geoff Marsh, the coach of the time, got us out for like two hours straight, off a long run in the middle of Edgbaston.

“It was all about bowling the right length, getting it up there a little bit fuller. And that had a massive impact. And when we came to Lord’s, we adapted and adjusted our length, and the rest is history. So yeah, you need that time to adjust. The great players adjust and adapt a lot quicker, and that’s the difference between a good and a great player.”

With that in mind, Australia ought to be as well acquainted with the conditions as possible. Not only have the majority of the squad been over in England competing at the World Cup, several others have been involved in the Australia A tour that has been running concurrently. Plus, several players with points to prove, including Pattinson and the returning Cameron Bancroft, have been honing their skills in county cricket.

However, McGrath isn’t quite as bullish about his fellow countrymen’s prospects as he might once have been.

“I’m always confident that the Aussies are going to do well, but I’ve probably made a rod for my own back with my predictions in the past,” he said. “I’m going to sit on the fence for this one, and just see what happens in this first Test. If Australia can come in and dominate – or not so much dominate, but if they can win that first Test – then you’ll be hearing 5-0 again. But I’m going to reserve my prediction until after the first game.”

In the meantime, McGrath has got a trip back to a familiar ground to look forward to, where a familiar incident is bound to be replayed ad nauseum in the build-up to the Ashes opener – that moment, on the morning of the 2005 Edgbaston Test, when he trod on a stray cricket ball to turn the tide of the series.

“It’s not my fondest memory,” he said. “But every time I go back to Edgbaston, the groundsman and the locals remind me exactly which patch of grass it happened on, and they’ve always told me they going to put a little plaque there just to commemorate it.

“But that 2005 series was an incredible series, even that match at Edgbaston went right down to the wire. Hopefully we’ll see another series that matches that one.”

Glenn McGrath is working with online trading broker ThinkMarkets to encourage more young people to get into sport through the Think2020initiative. For more information please visit www.thinkmarkets.com.