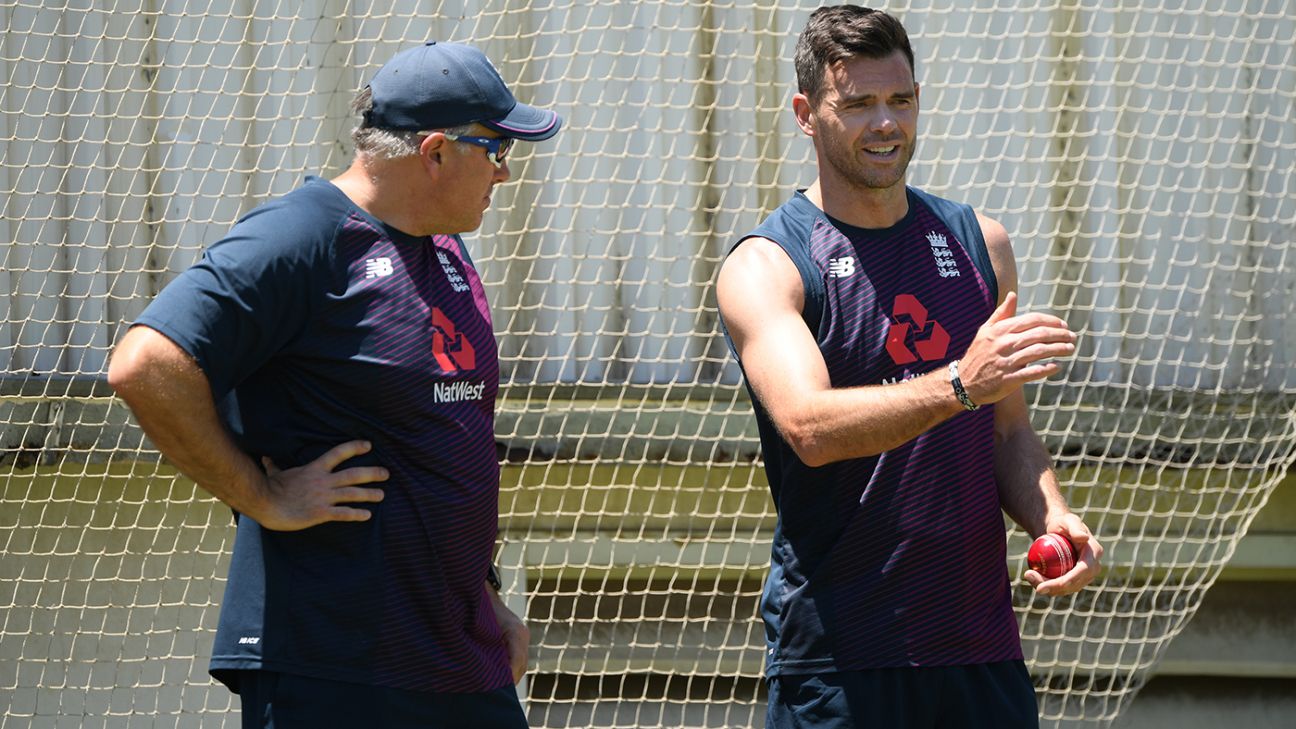 James Anderson is set to bowl in a match situation for the first time since August, after being declared “in a great place” by head coach, Chris Silverwood, ahead of England’s first warm-up match of their tour of South Africa.

Anderson has not played competitively since aggravating a calf injury after bowling just four overs of the first Test against Australia at Edgbaston on August 1, a match that England went on to lose by 251 runs in his absence.

However, he has been acclimatising at a fast-bowling camp in Potchefstroom for the past fortnight, having also worked with Manchester City’s training staff during the off-season, in a bid to overcome an issue that he first encountered while bowling for Lancashire in a county fixture in July.

And, with the first Test against South Africa looming in Centurion on Boxing Day, Silverwood is increasingly confident that England’s attack leader will be fit to resume a Test career in which he has claimed 575 wickets in 149 matches to date.

“Jimmy Anderson is absolutely flying at the moment, he’s in a great place,” Silverwood told reporters in Benoni, on the eve of a three-day non-first-class warm-up against a South Africa Invitational XI, in which several members of England’s squad will be given a chance to stretch their legs.

That number, however, will not include the newly crowned BBC Sports Personality of the Year, Ben Stokes, who is due to fly into Johannesburg after the match has begun, having attended Sunday night’s ceremony in Aberdeen.

Nor will Mark Wood be put through his paces just yet. He too has been at the training camp in Potchefstroom, having missed the Ashes due to a side strain sustained while bowling in the World Cup final. But Silverwood warned that his comeback will be postponed until the New Year.

“Woody, we’ve got to be a little bit patient with,” he said. “We are looking at somewhere around the third Test [at Port Elizabeth on January 16] but we’ll be guided by how his body pulls up as well.”

England arrived in South Africa off the back of an arduous tour of New Zealand, in which their bowlers struggled for penetration in the two-Test series, claiming just 21 wickets all told in a 1-0 defeat.

Silverwood, however, is optimistic that South Africa’s wickets will be better suited to his attack, including Jofra Archer, who claimed two wickets at 104.50 in New Zealand, but whom he insisted was fit and raring to go.

“There’s a bit more bounce here,” Silverwood said. “A bit more pace in the wickets will suit our bowlers. But the bowlers as a unit have worked so hard on finding ways to get 20 wickets, it’s been a struggle at times but that’s something to work on.

“It’s something we are working on constantly,” he added. “We really want to drive forward the Test team, and in New Zealand we were looking at new ways of doing things. It was a great learning curve in New Zealand and we’ll keep pushing on from that.”

One man who did make a positive impression in New Zealand, albeit in the second Test, was the captain Joe Root, who had gone into the match under intense pressure – not least for his captaincy – but responded with a hard-earned innings of 226.

“It certainly settled the form issue,” said Silverwood. “To get a double was great for him and great for us as a team, and obviously puts him on the front foot coming here, and from a captaincy point of view, he’s learning moving forward and doing well.”

More generally, Silverwood had a simple formula for further success from England: “We need to get more first-innings runs, and as soon as we do that, we’ll be very hard to beat.”

However, he promised no complacency going into the South Africa series, against an opposition who were beaten by Sri Lanka in their most recent home series, and were routed 3-0 by India in October.

Off the field, CSA have been beset with controversy, but with Mark Boucher newly installed as head coach, Silverwood expects a side who prove very tough to break down.

“From our point of view, complacency is one thing we won’t have going forward, we expect South Africa to come back hard, in all departments and with hunger.”