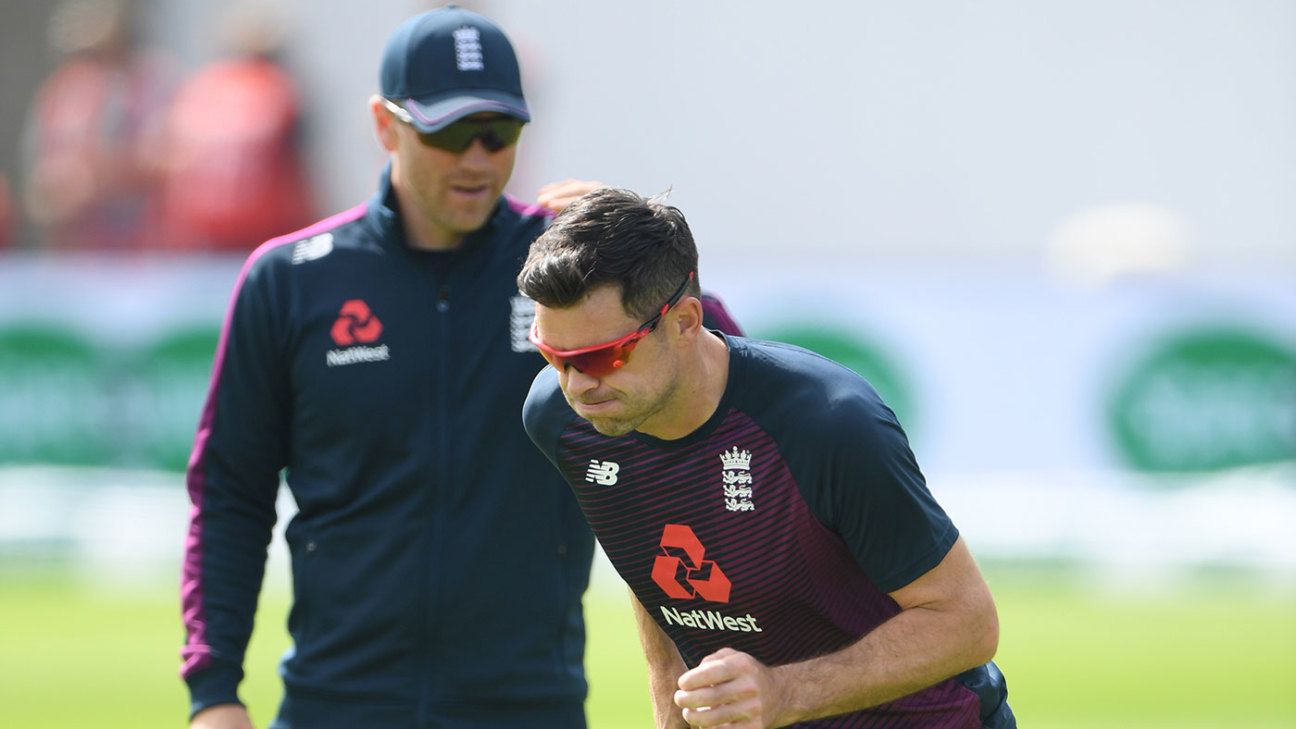 James Anderson is set to swap Old Trafford for the Etihad, after arranging to train at Manchester City in a bid to recover from the calf injury that wrecked his Ashes campaign.

Anderson, 37, bowled just four overs in the first Test against Australia at Edgbaston in July before suffering a recurrence of the injury that he first sustained while playing for Lancashire at Sedburgh this summer.

He was subsequently left out of the England squad that will play two Tests in New Zealand next month, but still hopes to resume his career on the South Africa tour in December and January.

The agreement with City means that Anderson will be able to use the facilities at their Etihad campus for the next two months, accompanied by England’s head of strength and conditioning Rob Ahmun.

The pair met with City’s head of sports science, Sam Erith, on Tuesday to discuss the arrangement. Anderson has previously trained in the off-season at Burnley, his home club, at the invitation of the manager, Sean Dyche.

With 575 Test wickets from 149 matches to date, Anderson is already the leading wicket-taker in England’s Test history, and recently overtook Australia’s Glenn McGrath to become the most prolific seam bowler of all time.

However, he has no plans to retire just yet, and recently said that he wanted to emulate Ryan Giggs, who played for Manchester United until he was 40.

“It has been absolutely devastating to miss the Ashes series but I have not thought for one second about retiring,” Anderson said. “In fact, I’m going to look into how Ryan Giggs was able to play football at the highest level until he was 40. That’s what I’d like to do.”