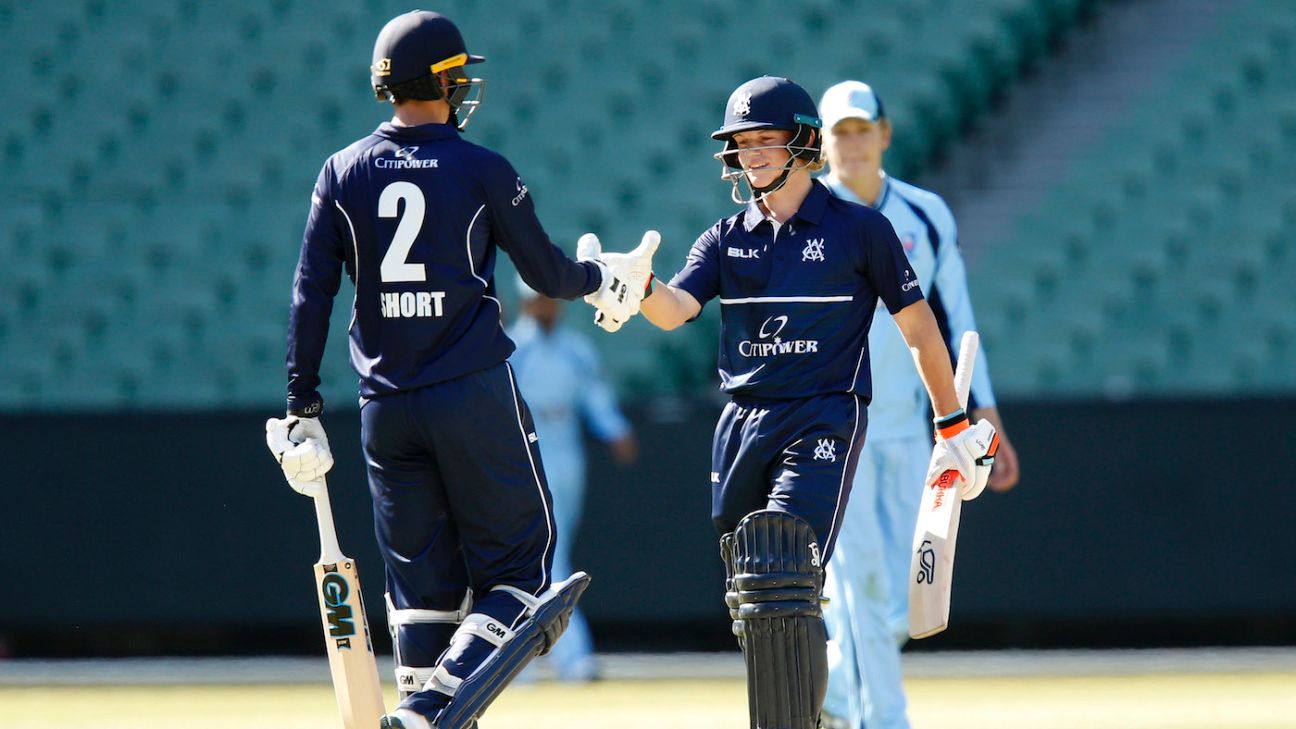 Victoria batsman Jake Fraser-McGurk, one of three players with domestic experience, has been named to captain Australia’s 15-man Under-19 World Cup squad.

Fraser-McGurk, 17, made half-centuries on Sheffield Shield and List A debut for Victoria earlier this season, and has been named alongside fellow Victorian batsman Mackenzie Harvey, who played in the Melbourne Renegades’ BBL triumph last season, and allrounder Liam Scott, who made his Shield debut for South Australia against Western Australia recently.

The squad also features New South Wales batsman Oliver Davies, who made headlines last summer after hitting six sixes in an over while scoring the first double-century in the history of Australia’s boys’ Under-19 championships.

Australia face West Indies, Nigeria, and England in their pool at the World Cup in South Africa. Australia have not won the Under-19 World Cup since 2010, which was their third triumph after the inaugural edition in 1988 and 2002.