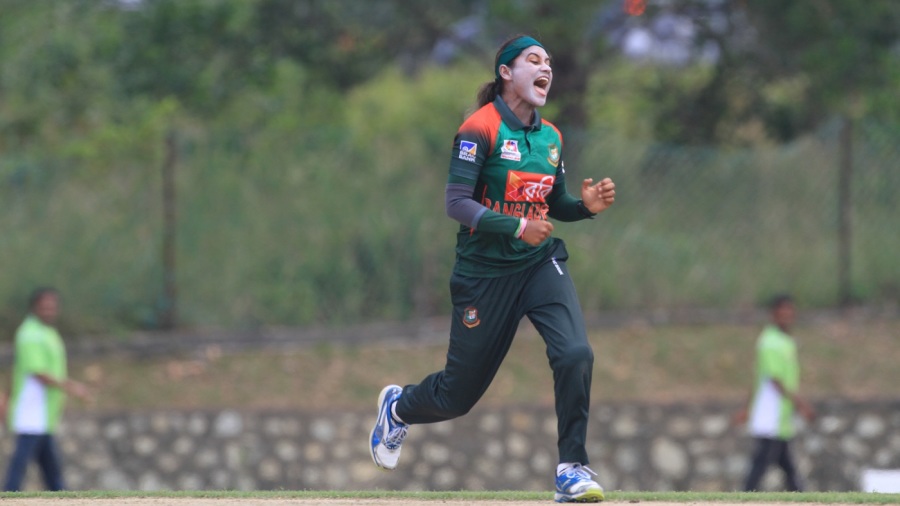 No Nida Dar (who is playing in the WBBL)? No problem for Pakistan women. Thirties from captain Bismah Maroof and No. 4 Umaima Sohail hauled the hosts to 126 despite the regular fall of wickets. They then used six bowlers in their defence and each picked up at least one wicket to restrict Bangladesh women to 112 for 7. This, despite Rumana’s 30-ball 50 that included six fours and two sixes. Rumana’s strike rate of 166.66 stood out in a chase where no other Bangladesh batter struck at over 80.

In pursuit of 127, Bangladesh women had lost both their openers inside the third over and slumped further to 47 for 4 in 12 overs. Rumana counterattacked and was particularly severe on Maroof, taking 23 off a mere seven balls from the Pakistan women captain. Rumana took the chase to the last over, leaving her side needing 18 with four wickets in hand.

However, she was bowled by Aliya Riaz off the third ball, as Bangladesh women eventually lost by 14 runs. Riaz ended with economical figures of 4-0-12-1. Left-arm fingerspinner Sadia Iqbal returned figures of similar impact on T20I debut: 1 for 16.

Having opted to bat, Pakistan women lost both their openers cheaply to Alam, but Maroof and Sohail put on 60 off 59 balls to revive the innings. Although both batsmen fell in successive overs, lower-order contributions from Iram Javed (21 off 17 balls) and wicketkeeper Sidra Nawaz (16* off 4 balls) took the hosts closer to 130. It proved to be enough as Pakistan women claimed a 1-0 lead in the three-match series.