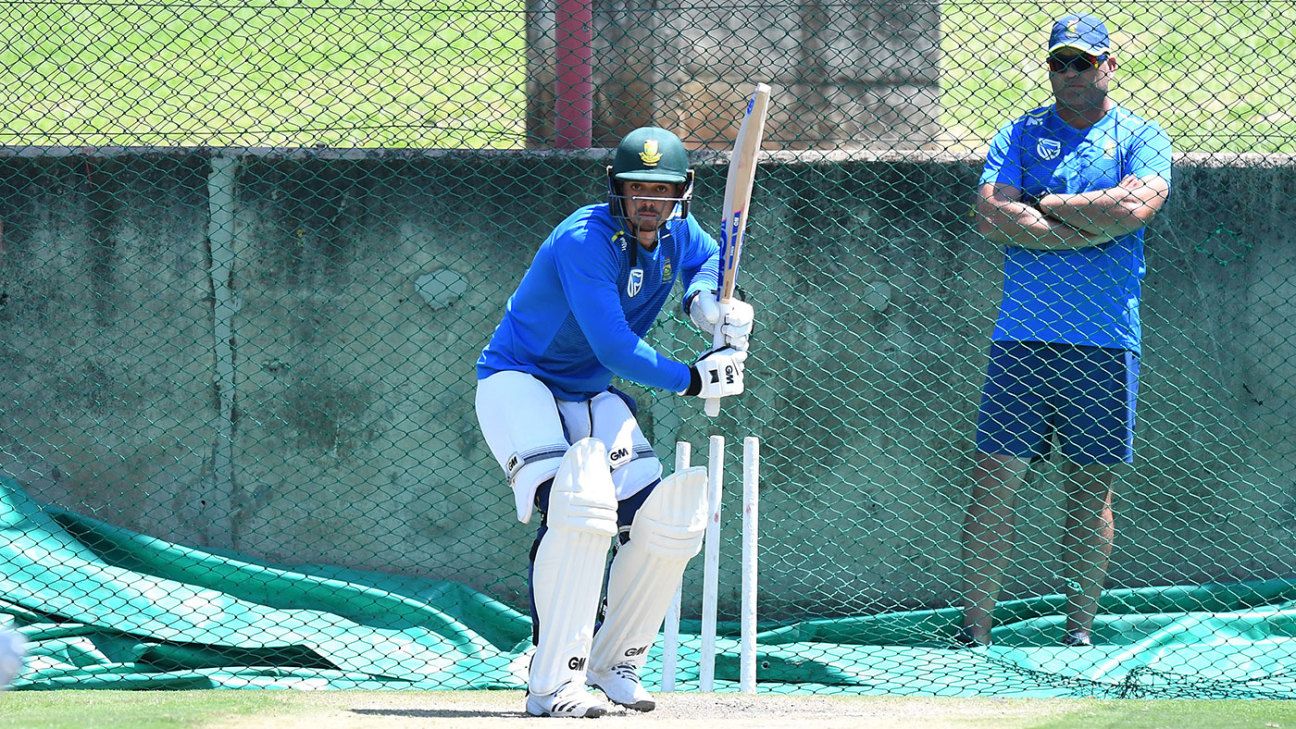 Jacques Kallis, the player, was a man of few words and most of them were dry. “Well, I guess the bowlers have done their job,” he said after South Africa conceded 434 in what became the greatest ODI of all time.

Jacques Kallis, the coach, has little more to say but the tone hasn’t changed.

“I’m not a big one for changing too many things. Dean Elgar won’t come out batting right-handed or anything like that,” he said at South Africa’s training camp in Pretoria, where he has joined the national men’s coaching staff for the summer, a job he claims to enjoy more than he did his 166 Tests, 328 ODIs and 25 T20s.

“I am probably more passionate about talking about batting than I was about batting,” Kallis said. “Towards the end of my career, you become almost like a coach, as a senior player trying to pass on knowledge. And I really enjoy it.”

Kallis went into coaching at the first opportunity he got after his retirement in December 2013. In early 2014, he was appointed as Kolkata Knight Riders’ batting consultant and mentor, a job he did for two seasons before becoming their head coach from the 2016 season. He has since parted ways with the franchise and is keen to sink his teeth into something that he can spend more time on, which may bode well for South Africa in the long-term.

“I enjoyed the IPL side of it but that’s only T20 cricket where you can’t do too much technical work because you’ve only got two months. Test cricket is nice. You can get stuck into the nitty-gritty,” Kallis said. I will have more time to work with the guys over a longer period and lay out some goals with the players. I think we have got some really talented players that we can turn into world-class players for South Africa.”

Before South Africa can even think about dominating on the world stage, they have to start by rebuilding their confidence which was blown away in India, by pace, not spin. Although the technical flaws in the line-up were exposed, especially among some of the younger players, for Kallis, a more important starting point is their headspace. Specifically, he aims to empower players with the knowledge they need to bat in any situation.

Jacques Kallis on his coaching methods

“I’m trying to get a relationship with the players and see how they are thinking and trying to give them game-plans,” Kallis said. “I’m trying to give the guys options and ideas and make them realise you can’t bat the same way every time you walk out to bat, You have to adapt your game. I want to get them to know their game-plan a lot better so they can try and adapt while they are batting. It’s not the spoon-feeding of coaching, it’s trying to educate themselves so they can educate themselves while they are out in the middle. It’s a lot of off-the-field stuff, the mind stuff, along with the technical stuff.”

It’s also the conditions stuff. South Africa have spent the last few summers preparing seamer-friendly surfaces aimed at scaring subcontinent sides. The revenge pitches of the summer of 2017-18 against India were payback for the 2015 series that South Africa lost 3-0 and though those tracks delivered a series win, they also earned the Wanderers an official warning.

Incidentally, the uneven bounce of the Johannesburg wicket was also best utilised by India, who won the final Test. In 2018-19, South Africa had visits from Pakistan and Sri Lanka and wanted to bounce them out too. It worked against the former but the slower surfaces in Durban and Port Elizabeth and the lack of form of South Africa’s batsmen (who had not needed to or been able to construct proper innings at home for two years) meant Sri Lanka schooled the hosts and won a first-ever series in the country.

All those series were played under Ottis Gibson, who preferred an all-pace attack. Now, things are expected to normalise, with head coach Mark Boucher asking only for “good cricket wickets”, and Kallis is sure that the batsmen will remember how to score runs on them.

ALSO READ: ‘My way is not always the right way’ – Boucher’s bid for team unity

“Our batsmen have got confidence in South Africa,” he said. “We will have more knowledge of the wickets, more than what England have. Unlike Indian conditions that change a bit from day one and two, to day three, four and five, here the wicket stays the same pretty much throughout so if it’s tough on day one, it’s going to be tough all the way through.

“So we know that if it’s tough on day one, it is going to be tough for the opposition. Hopefully we get some good wickets, we all want to see that because we’ve got some very talented batters here and we need to give them the chance to bat on good wickets.”

The weather may have the final say in pitch preparation where recent heavy rains on the Highveld could add some extra spice to the surfaces. But that’s where Kallis’ expertise will come in as he seeks to cover all the bases. He has likened the process to preparing for an exam: “If you have prepared properly, you have studied all the chapters, then you go into the exam a little bit calmer. We are trying to make sure we have all the points covered.”

And the players have no problem studying as hard as they’ve been instructed to, as the captain, Faf du Plessis, pointed out.

“Guys are working with greats, so they are feeding off that positive energy” he said. “You are trying to impress your batting coach because it’s Jacques Kallis so you can’t look like a guy that doesn’t play good cricket, you are trying to impress him all the time because he is the best batsman that ever lived. That’s already a step in the right direction.

“Then, you start preparing better because there is some guidance for the young guys in how to prepare in the right way and then through that, you get confidence because all of a sudden you feel that your game is in a better place, you are more confident. We are doing things very well in terms of making sure we give ourselves the best opportunity to get our confidence back.”