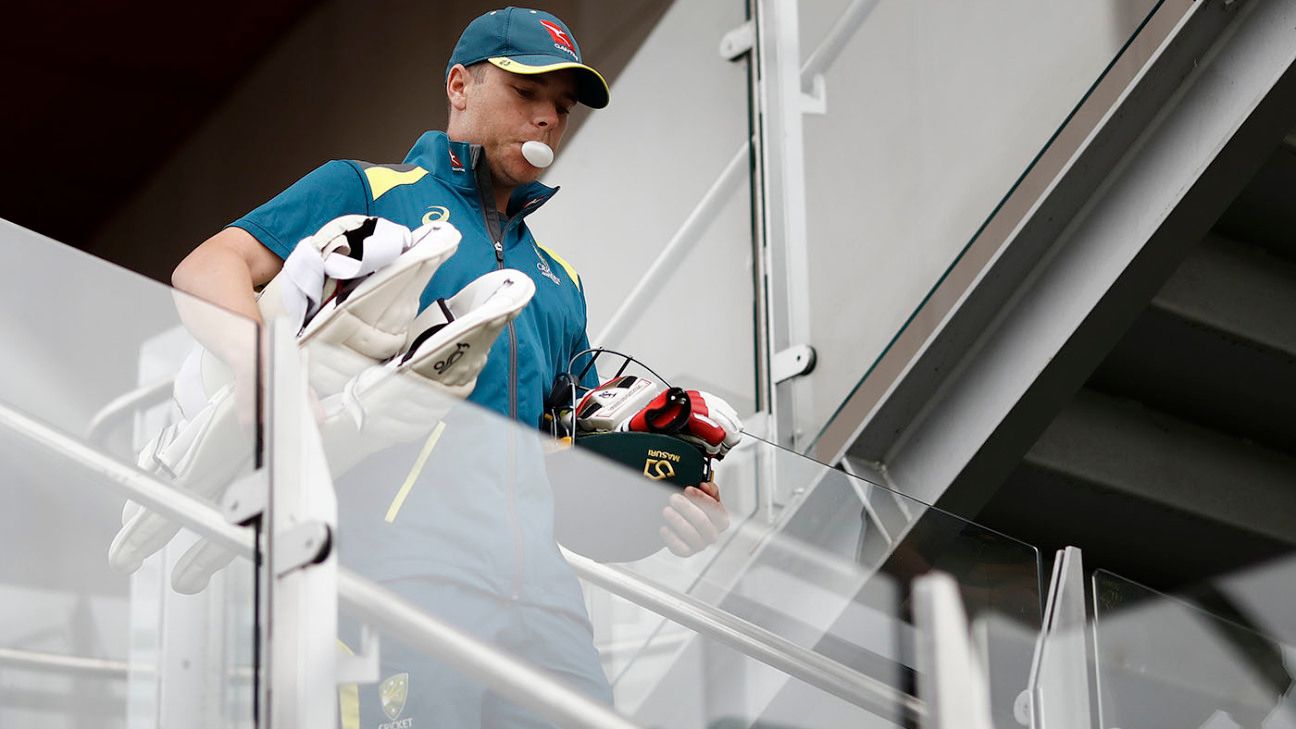 Incumbent Australia Test opener Marcus Harris is starting to become a veteran when it comes to auditioning for his Test spot in tour matches, but he believes it’s nothing compared to the pressure of an actual Test match.

Harris joins Joe Burns, Usman Khawaja, Travis Head, Will Pucovski, and Nic Maddinson in the Australia A team that takes on Pakistan on Monday at the Perth Stadium.

It appears those six players are vying for two spots in Australia’s final XI for the first Test at the Gabba, with David Warner, Marnus Labuschagne, Steven Smith and Matthew Wade all but assured of retaining their places following the Ashes.

Harris is the only incumbent from the Oval Test whose spot appears in jeopardy. But he said it is nothing new, having been through the same process prior to the Ashes series when playing for Australia A and in the pre-Ashes trial game in Southampton.

“It’s probably my second or third audition I’ve had in the last six months,” Harris said. “It’s nothing too different. I just sort of know that going over to Perth against Pakistan I’m going to have to play well and put some runs on the board.

“It’s sort of been the situation a little bit lately. You get used to it, it’s the pressure you’ve got to play under. And it’s nothing like the pressure of a Test match so you’ve just got to look at it as a situation where you’ve got to make runs and guys have got to try and take wickets to try and get picked in the Test squad. It is what it is. It’s part of being a professional cricketer, you just deal with it. There can be nerves there but once you get out there and get on with it you forget about all that stuff.”

Harris made a century for Australia A in the first tour match in England against Sussex, as did Burns. But both men missed out on the first Test, with Burns missing the squad entirely after Cameron Bancroft was selected following an outstanding performance in the last trial game. Harris has no qualms about that decision.

“I probably hadn’t cemented my spot down 100%,” Harris said. “I felt like I’d gone alright in the Australia A stuff, but that was a decision that selectors went with and it’s fine by me. And the attitude I had at the time was the same, it will be what it will be.

“Like I said, and I’ll keep saying it, it’s pretty simple, if you make runs you’ll probably get picked and if you take wickets you’ll get picked and you don’t leave yourself vulnerable. It would be nice to be cemented in the side but just with the way that my recent Test series went that didn’t happen. I’ve left myself in this situation. It’s just part of being a professional cricketer and I don’t lose any sleep over it. I know what I need to do and it all sits well with me.”

Harris did win his spot back after Bancroft was dropped for the third Test at Headingley. But Harris, like Warner, had a torrid time at the hands of Jofra Archer and Stuart Broad making just 58 runs in six innings.

“Obviously it was a difficult series to open the batting in,” Harris said. “No one really got hold of them too much. Rory Burns obviously played well. There’s just a few little things I’ve tweaked, nothing massively technically, just a few little things with my stance that I’ve changed since England but like I said it was a great learning experience and I think it’s going to make me a better player going forward.

“I just try and stay level as much as I can. I never felt like I got out of form in England because I wasn’t out there long enough to get out of form. I came back confident coming back to Australia and I felt my game was in good stead so I knew if I just applied myself for long enough I’d be fine. So that’s the attitude I’m taking into the summer.”

Those minor technical changes and that attitude have led to scores of 116, 69 and 60 in the first three Sheffield Shield games this summer. Harris has been the most dominant opener in Shield cricket over the past 18 months.

While he is frustrated with not taking his opportunities at Test level thus far, he has scored just two half-centuries in 17 innings, 14 of those have come against phenomenal fast bowling attacks featuring Archer, Broad, Jasprit Bumrah, Mohammed Shami and Ishant Sharma.

There is a case to be made that Harris should get an extended run in the Test side to see if he can achieve the kind of consistency that he has in Shield cricket, after needing a number of years to mature at that level.

Harris pointed to Smith’s incredible consistency during the Ashes as an example of how experience gained over a long period had helped Smith become the player he has.

“The way that he occupies the crease and his hunger to make runs, he never really seems too satisfied no matter how well he’s done,” Harris said.

“So that was his great strength throughout the series and just how consistent he was. That was probably the best thing that he did. And I think that comes with experience and playing more at that level. I sort of feel like I’ve got to point in Shield cricket now where I consistently perform most weeks and I feel like the more I play at a higher level the more consistent I will get in that level I’m playing at.”