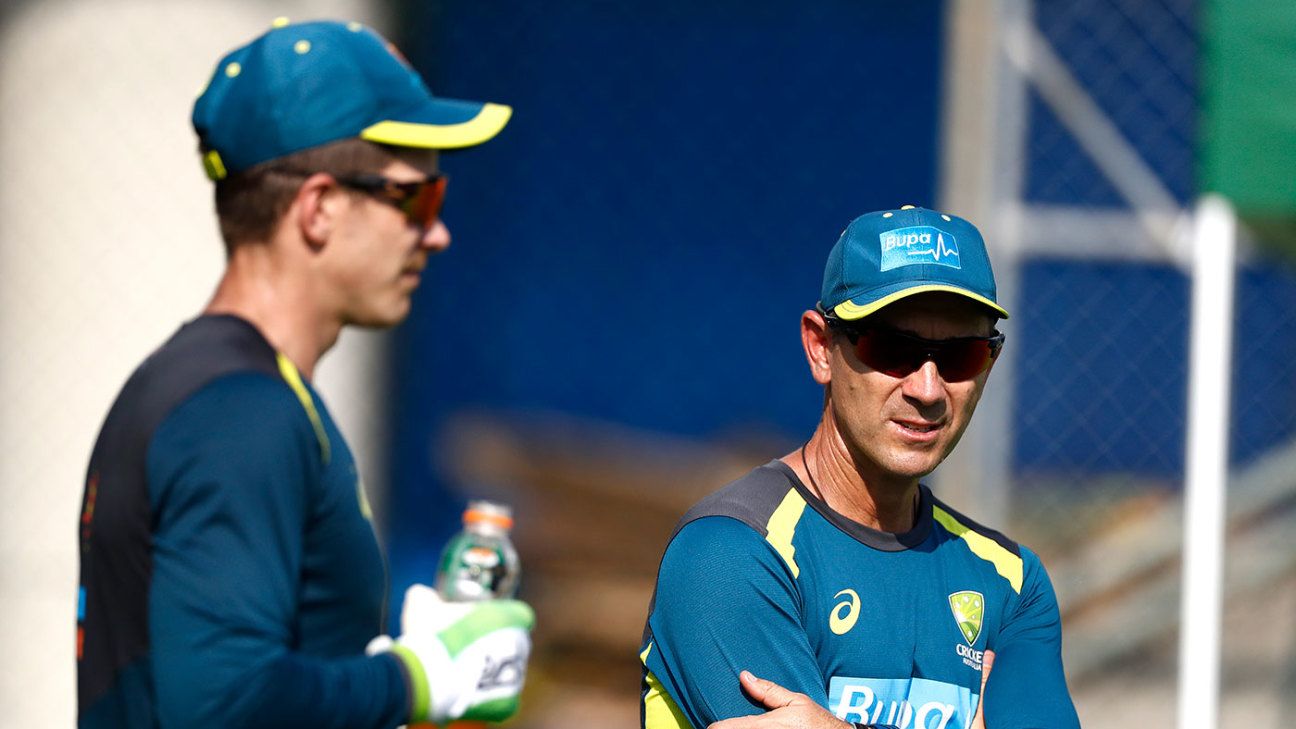 Australian cricket is facing up to the reality of mental health struggles faced by its players and staff, issues that in the past were hidden away beneath euphemism and denial. At the start of a summer in which Glenn Maxwell, Nic Maddinson and Will Pucovski have all stepped away from the game for varying reasons that underline the complexity of the area, Australia’s leading players and the coach Justin Langer spoke frankly and forthrightly on some of the struggles they face, the help that is available, the ways in which things can still improve, and some advice to younger players about how to manage their lives for better mental health outcomes in the game.

‘I’ve got to get away from cricket, or else it captures my whole life’

Pat Cummins: I can only speak for myself but it’s hugely important for me. With cricket, being on tour, it isn’t just individual tours, it’s basically our life. We spend 10-11 months of the year on the road, so when I’m touring I’ve got to get away from cricket, or else it captures my whole life. When I can get little breaks I do, and those four weeks were great for me to step away from cricket, not really watch cricket, just live a normal life, have a normal routine, because I don’t think I could do it for 10-15 years just with 12 months of the year all focused on cricket. Other guys might be different, they may play a little bit more, a little bit less. But for me as important as being really focused at training and games is trying to switch off and change my focus to something else every now and then.

The last 12 months JL’s been really good at trying to identify breaks where we can. I’ve heard him say a few times ‘I wish I could give you guys a longer break but we’ll have to delay that’. It’s a general conversation. For me the priority’s obviously international cricket and I want to maximise as much international cricket as I can. We try to look through the diary between JL, the support staff and myself and try and map out a plan. But the priority after the Ashes, the non-negotiable, was to have a few weeks off bowling and then the conversation’s around ‘okay, how does that look in terms of games I’m going to miss, how long can we extend that break, can we get it out to four weeks’, so it’s a general conversation between all of us.

Steven Smith: I think that’s something that we’re getting a lot better at. Communication with the coach, relevant people that are involved who we can have those honest conversations with about how we’re tracking. It is a pretty hectic schedule nowadays. It’s bloody tough to sustain it for long periods of time, particularly I think for the fast bowlers. It’s extremely difficult what they put themselves through. It’s great that those conversations are happening and we’re trying to keep guys as mentally and physically fresh as they can be.

‘The biggest improvement since I started is the amount of support’

Smith We fill out daily how we’re feeling, how we slept … the sleep gets a big red every now and again. We fill out a wellness thing every day. The coach and psych and head of team performance look at our markers daily and it’s upon us to be honest in the way we go about that as well. They can see how we’re tracking and if there’s a change in behaviour, if you’re feeling ill or not sleeping well or feeling a bit off, they’re aware of it. That can sort of start a conversation. Why’s your sleep bad? What’s going on? Why are you feeling a bit off today? It’s good that they do that. It’s good for guys’ mental health and wellbeing.

Cummins Lloydy [Australian team psychologist Michael Lloyd] has just about been full-time on tour for the last few years. Lloydy’s brilliant, I’ve known him since 17 or 18 years old and he’s always on tour, if he isn’t he might be away for a week or two, but there’s definitely times where I pick up the phone and speak to him about different things. We’ve got great staff, through the ACA, the player development officers around the states, everyone’s got good contacts with them.

That’s probably the biggest improvement I’ve seen since I first started was the amount of support you have around. It’s still up to the player sometimes to pick up the phone and pick up that conversation, but we’re lucky how many resources we have and always trying to optimise that. We get asked about it a lot, how we want it to look like and how we can make improvements. I think if it’s three or four negative things, it goes [from the wellness app] to a group of people and that might have the physios, coaches, mental health, psychologists, and whatever it is, that normally instigates a conversation with the player.

Mitchell Starc: I got off social media. Getting older and going through all that the last 12 to 18 months I have been mindful about being pretty level. In terms of opinions, the only ones who matter are the ones close to me and the team. Going in and out of the team early in my career and going through that as a young cricketer [helped me]. The game has changed since I started. Social media stuff comes into it. We have two broadcasters now so there are more demands on the players. Guys are reading and taking note of more opinions now as well. I can only speak for myself but that is what helped me most over the past 18 months was not caring what people think and not reading it and taking that away from my lifestyle and it’s been a lot clearer and a lot more positive.

Tim Paine: It can be difficult [to have perspective] and I think it comes as well with experience. I think it’s something you do need to go through at times to come out of it with that knowledge and know-how. I look now at that period of time where I was out injured or I was really struggling now as a real positive in my life, not only in my career. I think it’s made me a much better person. I think obviously going back to when I was 16 or 17 I wish I knew what I knew now and I would have been a lot better at school, because I think having something else in my life it would have alleviated some of the pressure I put on myself to perform. It would have allowed me to go out and play a little bit more fearlessly which I would have loved to be able to do but I’ve never allowed myself to do because I’ve always had all my eggs in one basket. It was a difficult time, but in the end it’s turned out to be a real positive.

Cummins: It was really difficult [battling injuries at a young age]. Probably looking back I now realise how much more difficult it was than when I was going through it for the first time – I was a little bit naive. The most obvious example was that every single summer of my life I’d played cricket and suddenly I was a professional cricketer but I was spending my summers not playing cricket, and I just wanted to do what I love doing. I try to keep realising that while I wasn’t playing, I was hanging out with my mates, I was going to the cricket ground and training, so there was a life as a cricketer I was still able to have and Cricket Australia were brilliant with New South Wales, the support staff especially who were my main contact in cricket. They were the ones who kept me motivated and instilled patience in me for those couple of years.

‘Health is much more important than another game of cricket’

Justin Langer: I’ve learned a lot over however long I’ve been coaching. I’m dealing with young men all the time, so hopefully I’ve got a pretty good feel for how guys are going. But it’s a complex issue – it’s like concussion. There’s a really clear protocol on concussion now and I’m really hopeful, in a really complex matter of mental health, that we can get to a point where there’s really clear protocols and there’s no stresses about it, there’s no indignity in saying ‘I’m not okay’.

And then we work out how guys can return to play, whether it’s in the shorter term or in the longer term. I’m sure that’s what we’re all searching for, to make sure that we get that protocol right. I said it one of our players today, at the end of the day the health of our players and the wellbeing is much more important to me than another game of cricket. We saw it with Steve Smith – we would have loved Steve Smith to play the third Test of the Ashes, of course. But it was so clear that he wasn’t right, it was an easy decision. We lost a tough game but it was a no-brainer, and I hope we can get to that point with mental health as well.