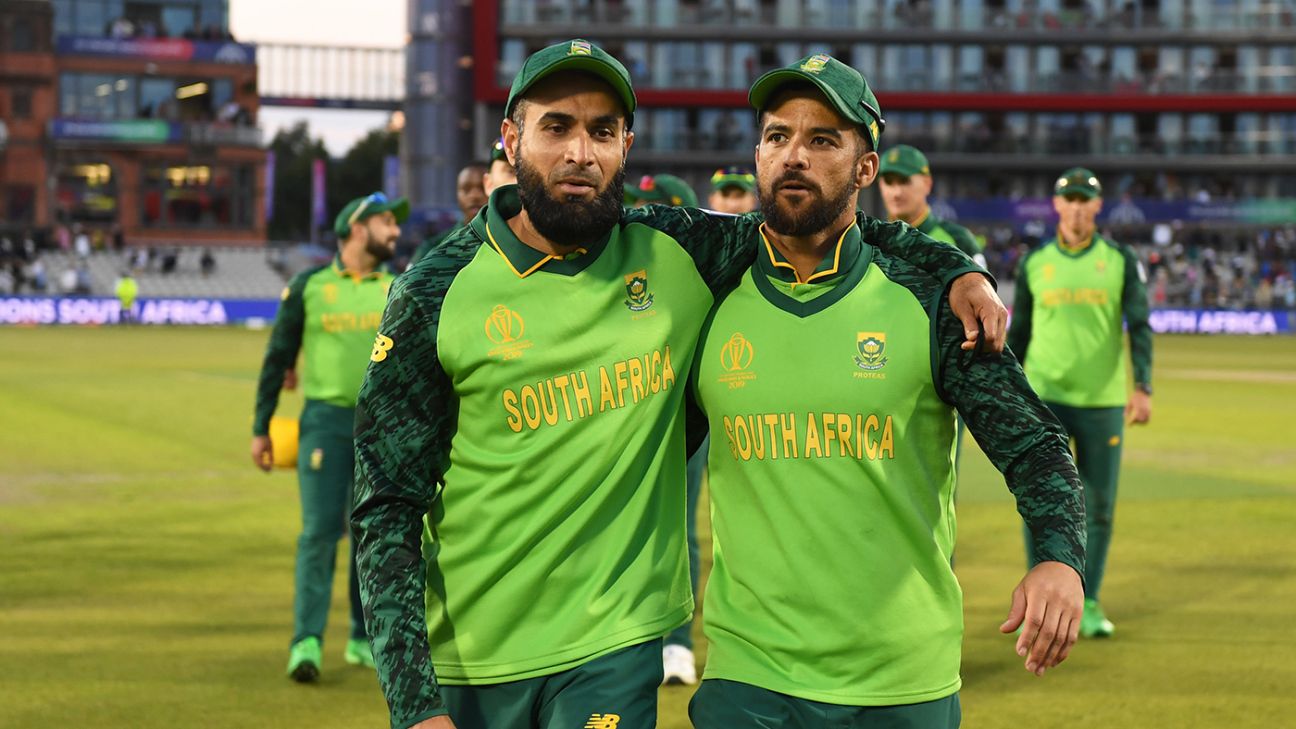 Duminy is the first one to acknowledge the unfulfilled promise. His Test career began with a fourth-innings half-century in a record chase followed by a superlative century at MCG, but he ends with an average of 32.85 in Tests and 36.81 in ODIs. However, that’s not where his legacy is. Duminy hopes it’s as a selfless team-man that he will be remembered.

“Whatever the team required. That was kind of my mindset,” Duminy said. “Yes, personal accolades are great but it was never about…whatever the team needed at any given time, that was always my main focus. I hope my team-mates saw that and that’s something I will be remembered for. The numbers produced are not going to go up against some of the best, and that’s okay with me. I have thoroughly enjoyed the opportunity and the experience I have had. Again, in 10 years’ time, it’s not about the numbers you want to be remembered for. It’s about the person you are.”

His team-mates most definitely saw that. Faf du Plessis, his captain, offered him glowing tribute. “JP has been the father figure of the team for a long time now, he’s been my soundboard in the team, he’s a very wise man,” he said. “So it’s always nice for me to have him around to talk to him about how I’m feeling, what’s the team’s feeling. He’s the guy that has the conversations with guys in the team just how they are feeling, how they are going, so he is the father figure in the side.

Faf du Plessis called Imran Tahir South Africa’s “best celebrator ever” after he bowed out of ODIs and said he will be carefully managed over the next year to make sure he is available for T20 World Cup in Australia.

“He’s just got an incredible amount of passion and love for the game of cricket and he really commits to whichever team he plays for because he’s such a big-hearted player,” du Plessis said. “He’s got the same amount of energy everywhere he goes. If he is playing a domestic game or international game. He is, hands down, South Africa’s hands best celebrator ever, so I hope that people will remember that because that inspires kids. Kids want to do what Immy does.

“But in terms of what he brings to our team, has been really special because he is a really caring person. I’ll make sure that I keep pushing him to be hungry to play for us in the T20 World Cup. He will be a big player. So over the next while he will be released a little bit from international commitments so we can make sure we can get him back in a year’s time for that T20 World Cup.”

“I know with him over the last year or two, it’s probably not gone as well as he would have liked, but he’s had a great career and he can be incredibly proud of what he produced. I think he’s played the most one-day cricket in our team right now so the most experienced. So I wish him well for what lies ahead.

“I’m sure it will be in cricket. I think he will be perfectly suited, even in the future for the Proteas, to just be a bit of a mentor to help young players deal with what they are feeling because he’s a ‘What are you feeling?’ kind of guy. He loves that chat. So, I think there will be a good space for him to move into that.”

Duminy didn’t promise any immediate return to the sport, though. He is done with international cricket. He will continue to play a bit of domestic cricket, but his future might lie in business. “I am still going to be playing a little bit of cricket for at least the next season and then see what’s next,” Duminy said. “I have got a huge passion for the culture of teams and businesses. So that’s something I am considering getting into. Who knows, I might be back here again with a different title. You never know.

“But just kind of now soaking it all in, enjoying this moment with my team-mates. Obviously it hasn’t been the greatest of the tournaments. It’s been a dismal couple of games but I think the last week that we had together was really enjoyable in the way we played, this is the type of cricket we know we can play. Hopefully this is something that can be consistent in the next couple of years. I am pretty excited for what’s to come for the Proteas.”

The whole lead-up to South Africa’s last league game of the World Cup had been macabre. From captain to coach to selectors to other support staff, nobody’s future is secure. It has had the feel of a farewell, an awkward one at that, and not even sure whom to. At least Duminy could decide when he wanted to go.

“There is going to come a time in everyone’s career when you feel like it is time to bow out,” Duminy said. “I have been fortunate enough to kind of have a say in how I bow out. And in a cricket career there is not many players who get to do that. I guess I am in a fortunate position to make that call for myself.”

Duminy took the opportunity to thank the fans for their support. “It has been really enjoyable representing South Africa for 199 games in one-day cricket,” he said. “Not exactly sure how many in T20s but 46 Test matches too. Many lows in those games. Some dark times when I thought maybe it was the end of my entire career. But somehow, particularly in sport, you find a way to get through it. That’s also by the help of the support of the fans backing you through the challenging times. Definitely thankful for everyone’s support. Not only for myself but for the team throughout my career.”

Fittingly, Duminy’s last contribution on the field was a catch under pressure to remove the threatening Pat Cummins as Australia strove to pull off an improbable chase. And quietly he moved on with the potentially nastier fallout of the World Cup campaign still lurking.