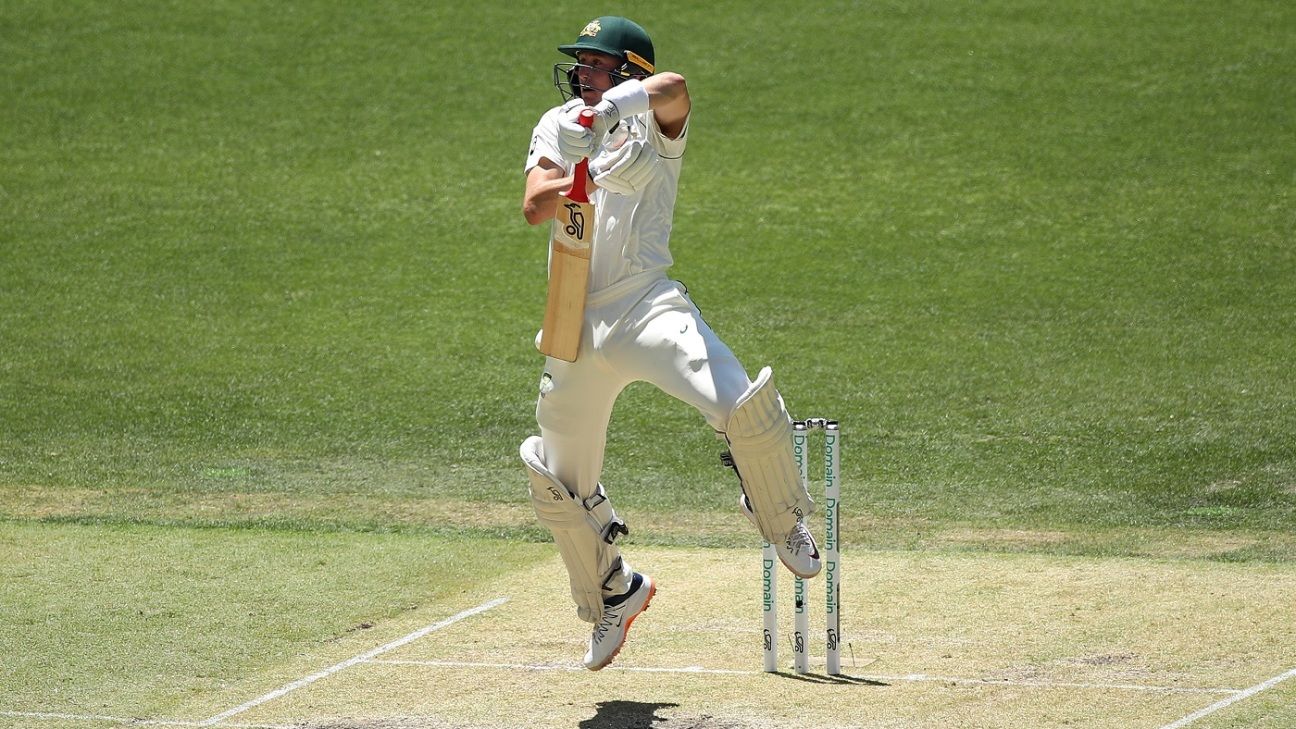 There was a moment towards the end of the Perth Test where two of the key protagonists managed a smile. Neil Wagner knew what was coming from Mitchell Starc – it wasn’t going to be in his half of the pitch – and he somehow managed to swipe a top edge for six over third man. Next ball was an even more vicious short ball and it was edged to Tim Paine. That was the last wicket of a match to fall to a short delivery in a game dominated by them.

Wagner had put his body on the line for New Zealand, bowling 60 overs in a Test – the most he has sent down – during which, according to an ABC news report, Perth recorded three consecutive days over 40C for the first time. Starc, meanwhile, finished with 9 for 97 and had a brief moment to respond in kind to the treatment handed out by Wagner on him and the rest of the Australians.

It felt a long time ago as the last wicket fell, but the fourth day had started with an extraordinary passage of play where Matthew Wade basically stood his ground and allowed Wagner to hit him. Though the margin of defeat was huge, taken in isolation New Zealand’s short-ball plan worked superbly in the second innings as Wagner and Tim Southee created a collapse of 7 for 58. Wagner also had the satisfaction of twice removing Steven Smith with the short ball.

“It was great theatre, wasn’t it,” Tim Paine said. “We were just having a laugh before when we were bowling at their tail, we think it’s going to be a bit of bodyline for a lot of the series.

“You’ve got to respect a guy who can run and bowl 50 overs and absolutely have a crack. He looks like the sort of bloke you’d love to have on your team.”

“There’s been a lot of talk about it, but regardless of the pace of the two teams they are very, very skilled at executing that ball and they set great fields for it. So it’s a completely different challenge from what you get from other teams. They’re very good at it and they’re very clever.”

While acknowledging that Wagner “would get a few back” for his troubles, Paine was full of respect for what the left-armer was able to do. The pitch in Melbourne will be slower than Perth, but that is unlikely to deter Wagner from trying for a repeat performance.

“What I do know is our boys [the bowlers] won’t be getting any slower as the series goes on,” Paine said. “You’ve got to respect a guy who can run and bowl 50 overs and absolutely have a crack. He looks like the sort of bloke you’d love to have on your team.

“Of course he’s going get a few back, that’s a given. I just thought it was all played in the right spirit, and our boys have got a lot of respect for the way he goes about it. This game was bloody hot, and I think he bowled about 50 overs and 200 bouncers. He’s clearly got a big heart, so hats off to him – I thought he did bloody well.”

Kane Williamson‘s assessment of the amount of short-pitched bowling was a mixture of Wagner’s strengths and a pitch which offered assistance throughout. Ultimately his team could not handle what Australia produced in response, bowled out for 166 and 171, and if the efforts of Wagner and the other bowlers is not to be wasted New Zealand’s batting must respond.

“It was a tactic on a pitch like this when it did age and there were cracks and the bounce become a little bit more variable then it proved to be effective. It’s not for everywhere,” he said. “It’s also something that the likes of Neil Wagner have been very successful doing for us in his role for a long period of time. So I don’t know if it says any more than what we’ve had in this match but we’ll wait and see.

“Now we go from here to the MCG and we’ll have to adjust to those conditions and come back to the red-ball. So the guys will look forward to a couple of days reflecting and then prepare for the next match.”

Wagner and Southee should be due extra downtime given their efforts after New Zealand lost Lockie Ferguson on the first day. On a positive note for them, Trent Boult is looking likely to be fit for the Boxing Day Test after being “close” for Perth according to Williamson. He was a huge loss for the day-night Test and is now vital for their chances of fighting back.