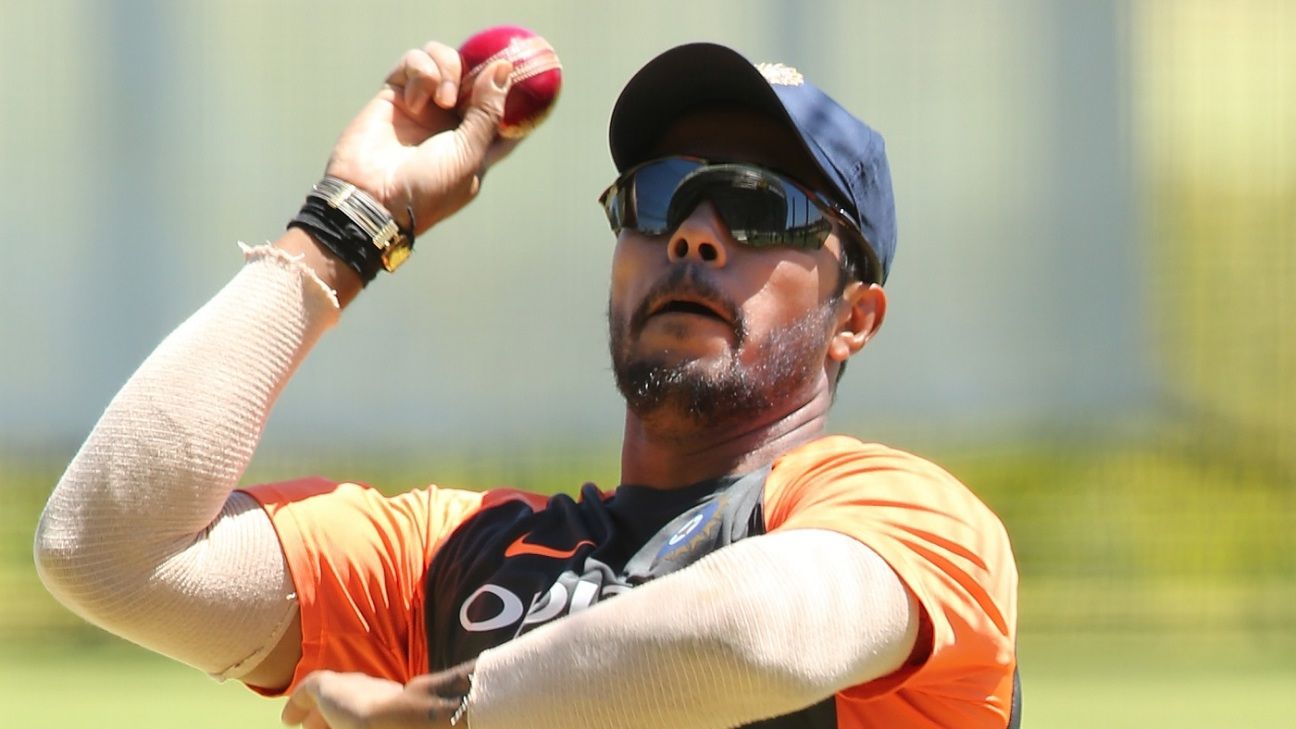 Umesh Yadav has dropped some way down the pecking order for India since the 2018-19 tour of Australia, the one-off appearance in a T20I against Australia in Visakhapatnam in February 2019 his only outing in national colours since then. But now, back in the Test set-up in the Caribbean, Umesh is upbeat and looking forward to “take on the challenge” and stay in the fray, remain part of what is a high-worth fast-bowling attack.

“We are playing so many Test matches, we need good bench strength. We know we will all get our chances because there’s so much cricket,” he said after the Indians’ tour game against West Indies A in Coolidge in the lead-up to the first Test. Umesh returned 3 for 19 from ten overs in the West Indians’ first innings, Darren Bravo one of his victims. “The competition is good, and it’s good for us. That’s the way we think.

ALSO READ – Umesh Yadav interview: ‘I will never look to bowl restrictively. If I have the ball in hand, I’ll go for wickets’

“We keep trying to get better, and that helps the team too. It’s very important. If there is healthy competition, it’s exciting. One needs to take on the challenge and focus on the bowling.”

In Australia, Umesh played just the one Test, in Perth where he picked up two wickets in a defeat, and was ignored for the rest of the games as India fielded Jasprit Bumrah and Mohammed Shami in all four Tests and Ishant Sharma in three in a 2-1 series win. Since then, it has been domestic cricket for Vidarbha and in the IPL with Royal Challengers Bangalore and, more recently, an outing for India A against West Indies A in Tarouba.

“You need to get the rhythm right and start hitting the right lines and lengths. The idea is to prepare yourself and bowl the way you would in a match,” he said of the games in Tarouba and Coolidge. “After the Australia tour, I played the Ranji Trophy, and then the IPL. Yes, after the IPL, there has been a two-and-a-half-month break, which I used to rest. I thought I’d give myself some time, and work on the mistakes I had made in Australia and get my rhythm back.”

For the West Indies Tests – India’s first in the World Test Championship cycle – the squad has a pace attack comprising Bumrah, Shami and Ishant, apart from Umesh, and spin options in R Ashwin, Ravindra Jadeja and Kuldeep Yadav.

Whether Umesh fits into the XI remains to be seen, but as far as he is concerned, his mindset is the way it should be.

“A break helps, it’s only after a break that you can get your mindset right,” he said. “Sometimes, if you bowl a lot, little things start going wrong, the lines and lengths go a little wrong. It happens. I went to the academy in Vidarbha and met the coach Subroto Banerjee, and worked with him. He was very positive. That’s what I wanted.

“It’s really all about the mindset. Sometimes negative thoughts creep in, and the idea is to take that out. That’s what I did, clear my thoughts.”

Laura Wolvaardt, Lizelle Lee give South Africa women 1-0 lead
‘The guys are listening to my message and how we want to play’ – Joe Root
Virat Kohli stresses on intensity and clarity in New Zealand
George Hill, Hamidullah Qadri bag four each as England make short work of Nigeria
Virat Kohli suggests KL Rahul will keep in T20Is too