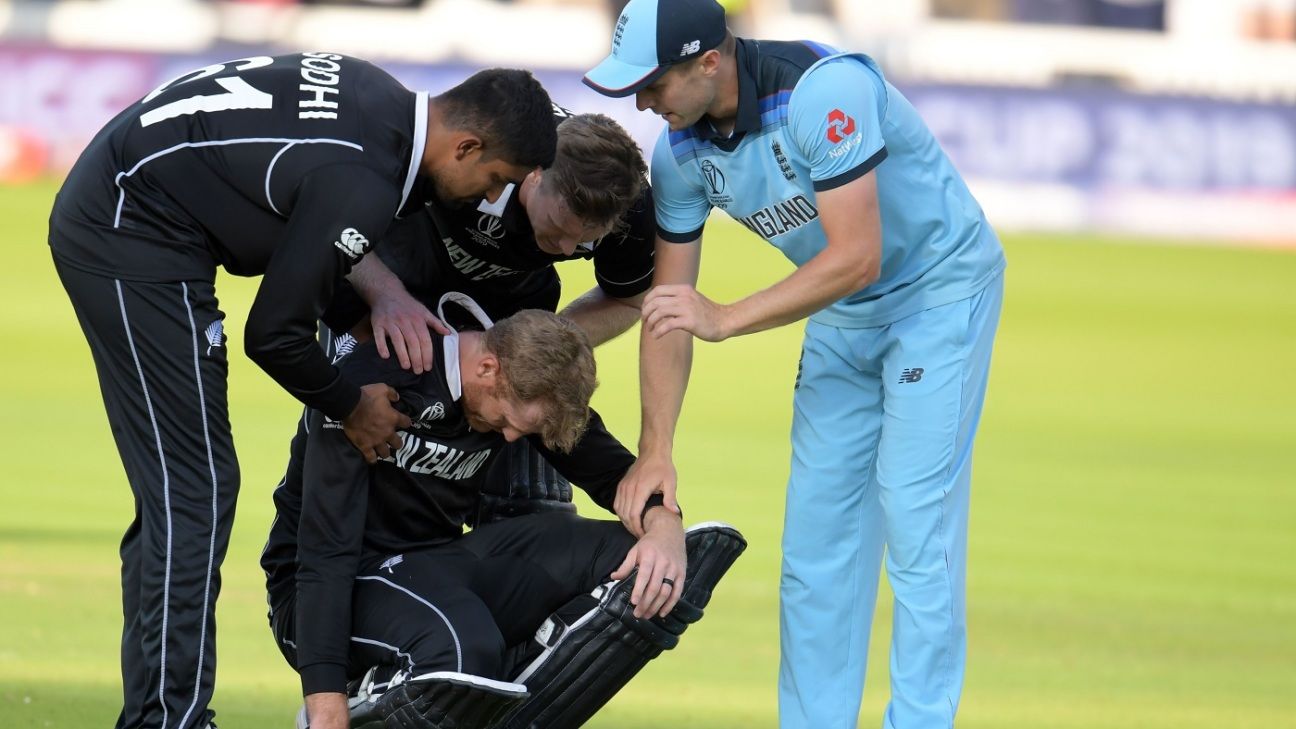 Kane Williamson finished the World Cup with 578 runs – fourth on the overall list – and took home the Player-of-the-Tournament award. Scant consolation, perhaps, for not being able to lead his team to glory in what was, arguably, the most thrilling ODI ever. He spoke to the host broadcaster STAR in the end, conceding it was a bitter pill to swallow, the loss to England on boundary count after 100 overs and two Super Overs had ended with nothing to separate the two teams.

On the decision to bat first after winning the toss
The pitch was on the dry side, so we felt runs on the board… as it proved, it was going to be challenging. And we were able to get the runs on the board. Yes, we may have liked another ten or 20, in a World Cup final, 250-240 might be enough. The guys went really hard out there, put England under pressure on a tough surface. It was a fantastic game of cricket. Both sides showed a lot of fight, a lot of heart. Obviously to go down to the last ball, and then the last ball of the next little match [Super Over]… Yeah, credit to England, and a lot of positives in this experience for our boys as well.

On the four overthrows off Ben Stokes’ bat in the last over
It was a little bit of a shame, wasn’t it? It’s unfortunately the sort of game we play, this sort of thing happens from time to time, you just hope it doesn’t happen in moments like that. It’s pretty tough, but it probably wasn’t going to be for us.

On opening with Jimmy Neesham and Martin Guptill in the Super Over
Both guys hit the ball really hard, it’s the right-hand-left-hand combination as well with the slightly shorter side boundaries. It was a decision that was made, and we were tossing up on the No. 3. No regrets. It is tough to perhaps review the match and such small margins, as we know, in any game but especially one we saw today.

On the thinnest of margins on which the match was decided
It certainly wasn’t just one extra run. There were so many small parts in that match that could have gone either way as we saw throughout the whole game, but congratulations to England, they have a fantastic game plan and they deserve the victory.

On the overall performance of the New Zealand team
It has been challenging, the pitches have been a bit different to what we expected, there was a lot of talk about 300-plus scores, but we haven’t seen many of those, it was a tough fight, and I want to thank our side, the New Zealand side, as well for the fight they showed this whole campaign on some tough wickets, showed a huge amount of heart to get us to this stage, a tie in the final, it just wasn’t going to be today. We have a really well-balanced attack, with so many parts to it, the guys are shattered at the moment – it was obviously very devastating – but their performance throughout the tournament was at such a high level, gave us every opportunity to go on. Pretty tough to swallow at this stage but a fantastic effort from our guys.