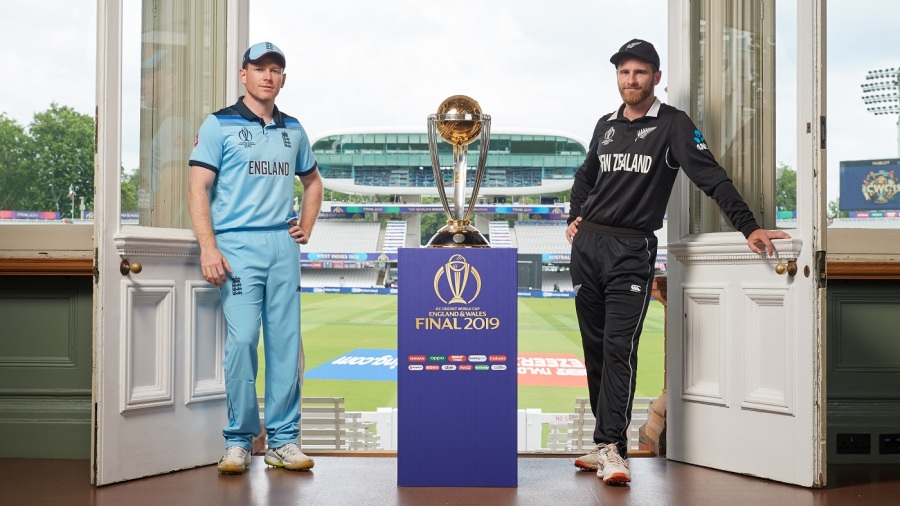 And so it all comes down to this. After 47 matches stretched across six weeks, after a rollercoaster of a group stage (which, like all the best big dippers, started tame before lurching into a series of gut-wrenching twists and turns), and after a pair of semi-finals that were as compelling as they were different, we’re left with just two teams standing. World Cup virgins the pair of them, each with their own tales of heartbreak and regret to fall back on as they look to go that one step beyond.

England and New Zealand, eh? The nearly-est of nearly-men throughout the tournament’s history. Three times runners-up in the first five editions on the one hand (followed by a three-decade bout of mourning that gives Queen Victoria a run for her money); eight semi-final appearances out of 12 on the other, a succession of doughty line-ups invariably greater than the sum of their parts, invariably found wanting in the final analysis. But at some stage on Sunday afternoon, someone’s World Cup record is going to have to lurch into credit … at long, long last.

But it also had to be these two teams, didn’t it? Fate plays a spurious hand in sporting contests – it’s there for all to see when it suits the narrative but strangely takes a back seat on all other occasions – but these two teams have been locked in a special embrace for the past four years; from the shellacking that was meted out on Eoin Morgan‘s men at Wellington in the 2015 World Cup, to their stunning resurgence on home soil a couple of months later. And now onwards to the biggest stage of all.

New Zealand are the team on which Morgan modelled England’s rebirth, and now they are the team that England must beat to achieve that ultimate fulfilment. It’s a symmetry that was not lost on the captain in the build-up – not least when he caught up with Brendon McCullum, his closest of friends and de facto mentor, outside the Lord’s pavilion in the moments before the pre-match press conference. When asked about that reunion, and the lessons he had gleaned from their often bruising encounters on the field, Morgan said that, above all, McCullum’s stewardship had proved “you can get to the top by being yourself, not trying to be somebody else”.

And with that in mind, the match-up in Sunday’s final offers both sides the best opportunity of the tournament to be as true to their selves as they could wish to be. England arrive with their chests puffed out, their confidence spilling over, their key weapons fit and firing in every facet of their game – precisely the sort of cocksure attitude that would have set previous England sides up for disaster … except that in this team’s case, Morgan has been conditioning them to embrace the role of favourites pretty much since that first flowering of competence against these same opponents four years ago.

It’s a subtle positioning for any sporting team to achieve – on the cusp of arrogance, maybe, but in reality it’s just a matter of self-awareness – something that the great Australia dynasty from 1999 to 2007 knew better than any other side.

England know they are a good team, and they know they go into this contest as overwhelming favourites – a tag that Kane Williamson was all too happy to palm off in their direction on the eve of the contest. As such, now is not the time for the team or its individuals to start second-guessing themselves or their methods.

But England have learned also, from the pitfalls they’ve encountered in the tournament to date, that there are moments to push and moments to sit tight – never better demonstrated than in their dramatic explosion against Australia in the semi-final. From 6 for 0 after three overs to 50 for 0 after ten, and onwards to their date with destiny. It is an inadvertent benefit of those back-to-back defeats to Sri Lanka and Australia that England have been playing knock-out cricket since, as it were, the Last 16 – a fact that Morgan admitted had forced them to play with more positivity and smartness than perhaps had been the case in their carefree opening rounds.

As for New Zealand, they have no qualms whatsoever about assuming their habitual position of underdogs. “England rightly deserve to be favourites, but whatever dog we are, it’s just important that we focus on the cricket that we play, any team can beat any team, regardless of the breed of dog,” Williamson said.

They are a compelling story in their own right. A side with unfinished business on the one hand, after the crushing disappointment of their maiden World Cup final appearance at the MCG four years ago, and yet seemingly grateful to have another chance so soon to set the record straight. Not that they are seeking to project any confidence that they can do so, of course.

They are a vastly different outfit to the 2015 team, with just six survivors from that final still in the squad today. McCullum is gone of course, taking with him his hair-raising habit of charging the new ball and clobbering his team a fifty-run start before the bowlers have found their length. Now they sit deep, bat long, stay in the game with caution to the fore – that has been their method throughout a tournament in which they have yet to pass 300 with the bat, but have remained competitive thanks to a bowling attack with individual components that any team would envy.

They’ll roll out that familiar canny game on Sunday – new-ball threat, old-ball savvy, and a senior statesman in Williamson whose batting has been like a barometer all World Cup long. And by the end of their measured, forensic display with bat and ball, we’ll know for sure whether the formula that they shared with England four years ago is a World Cup-winning one, or just another cause for regret in a 44-year tale of woe.

It perhaps wasn’t as obvious as it should have been coming into this World Cup, but for a team that invests so much faith in the power and majesty of its batting, the poise and presence of Jason Roy at the top of the order is absolutely fundamental to their tempo. His fifty in the tournament opener against South Africa settled the nerves after the shock of Jonny Bairstow‘s first-over first-baller; his bruising century against Bangladesh in Cardiff set up the highest total of the World Cup to date. And his absence with a hamstring injury coincided with their headless chicken defeats to Sri Lanka and Australia. But it was his evisceration of Mitchell Starc at Edgbaston that really showed his worth. Tight in defence, lethal in attack. He played with respect when the delivery called for it, and furious aggression when Starc erred even fractionally in line. And given the potency of New Zealand’s own attack, it’s a template that his team will want him to replicate on the biggest stage of all.

Okay, so Williamson is a given. With scores of 40, 79 not out, 106 not out, 148, 41, 40, 27 and 67 in his eight innings to date, the significance of the skipper to New Zealand’s cause is self-evident. But the real story of their tournament has been the support cast – intermittent, erratic, and yet providing sufficient runs from somewhere in the order to get them over the line more often than not. In that seismic semi-final, it was Ross Taylor who did the needful with a superbly weighted 74 from 90 balls. Hindsight demonstrated that he had measured the conditions to perfection, and given that he had come into the tournament as one of the outstanding form players of the past 18 months, he is surely one of the men on whom New Zealand has to rely come Sunday.

WATCH on Hotstar (INDIA ONLY) – Taylor’s innings against India

Bairstow appeared to tweak his groin while batting in the semi-final, but he was not sent for a scan and seems set to take his place in an unchanged XI. Given the green tinge on the pitch, it is highly improbable that England will sub out one of their seamers to accommodate Moeen Ali.

Henry Nicholls was to undergo a fitness test on Saturday after tweaking a hamstring against India, but no other changes are anticipated. The legspinner Ish Sodhi played in New Zealand’s last visit to Lord’s against Australia, but that was on a used deck.

It’s perhaps an indication of the distance that England have come since the start of the tournament that Morgan did not raise more of an eyebrow at a remarkably green wicket that had more in keeping with a golf green than a cricket pitch two days out. Some of the colour had drained from the surface by preview day, but there’s still going to be some live grass come the 10.30am start on Sunday. “It looks greener from afar than it is up close,” said Morgan, diplomatically, adding that it’ll go whiter and burn off when the sun comes out. Whether England would choose to bat or ball first “depends on how hard the wicket gets”, he added.

“Whether having had experience in a final or not is a good thing, any final you get the opportunity to play in is a really positive thing. But at the same time, as we know, in this game nothing promises, so it does come down to putting a performance on the board that gives us the best opportunity to win.”
Kane Williamson, New Zealand’s captain plays down the benefits of making it to the 2015 final

“I haven’t allowed myself to think about lifting the trophy. Cricket and sport in particular is very fickle. If you ever get ahead, it always seems to bite you in the backside, so for us to win it, I think around the country it would be awesome, great for the game..”
Eoin Morgan, England’s captain, isn’t getting ahead of himself just yet