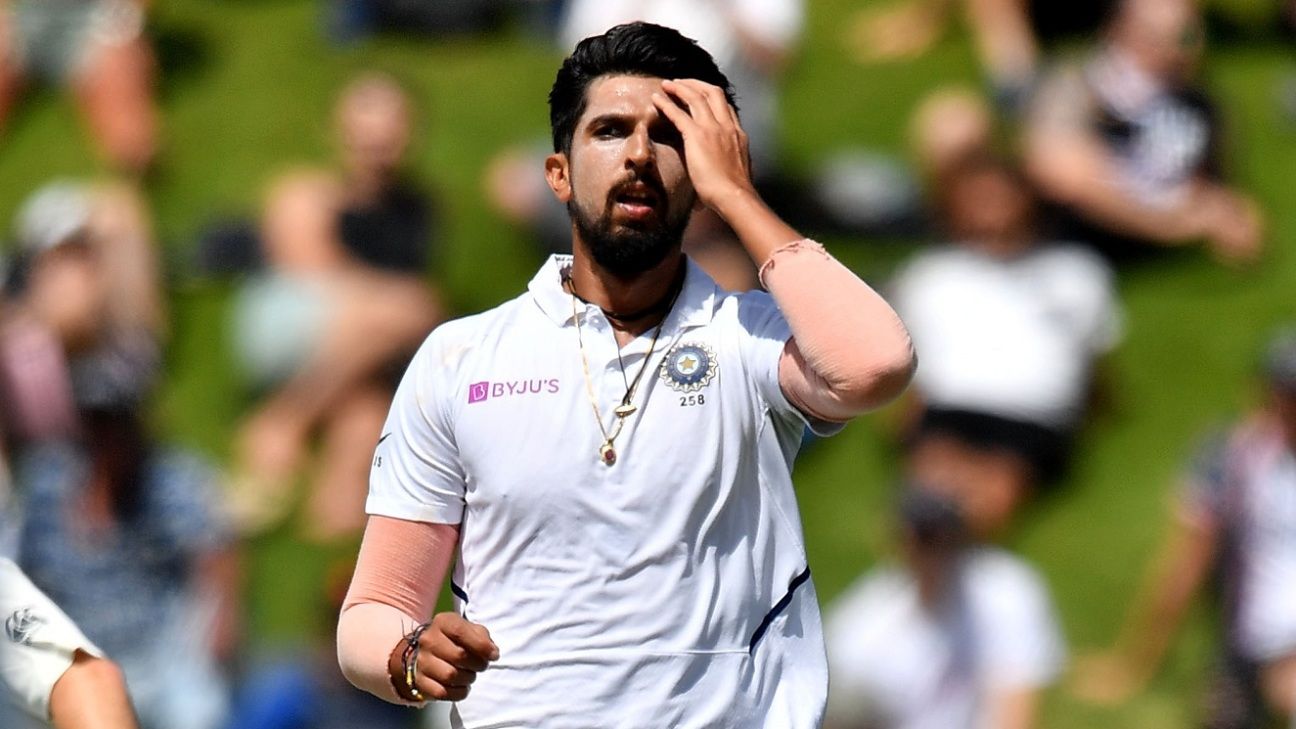 Ishant Sharma is unlikely to feature in India’s attack for the second Test against New Zealand in Christchurch, starting tomorrow. ESPNcricinfo has learned that the fast bowler has suffered a recurrence of the ankle injury that he picked up on January 20, during a Ranji Trophy match in Delhi, which had threatened to prevent his participation in the Test series altogether.

Umesh Yadav is set to replace Sharma in India’s XI.

The flare-up calls to question India’s handling of Sharma’s injury, a grade-three ligament tear. These usually take at least six weeks to heal, but Sharma was back playing a Test match in just over four weeks. India may not have had any reason to doubt his fitness ahead of the first Test in Wellington, however, since he had cleared a fitness test at the National Cricket Academy in Bengaluru on February 15, and then bowled for at least an hour and 15 minutes at the nets four days later.

A jetlagged Sharma was India’s best bowler in the first Test, picking up a five-for in New Zealand’s first innings. He caused problems for New Zealand’s batsmen with his bounce and movement while keeping them on a leash with his discipline, even as his pace-bowling colleagues, Jasprit Bumrah and Mohammed Shami, endured slightly below-par games.

Sharma will be a massive miss for India if he doesn’t feature in Christchurch. Since the start of 2018, he has arguably been their best bowler away from home, taking 53 wickets in 13 Tests while returning the best average (20.00) and strike rate (44.8) of all their main bowlers.

Yadav has been a rampant wicket-taking force at home in this period, with 38 wickets in seven Tests at 13.86, but he hasn’t tasted anywhere near the same success away from home, where he’s generally been India’s fourth-choice (or occasionally even fifth-choice) fast bowler. His two away Tests since the start of 2018 came at Edgbaston in August 2018, when Bumrah was out injured, and in Perth in December 2018, when India played four quicks. Those two Tests, both of which India lost, brought Yadav five wickets at 43.00, and an economy rate of 3.52.

Overall, Yadav has a modest record away from home, though he hasn’t had much of a chance to rectify it in the last three years or so, when his bowling has stepped up another level. In 17 away Tests, he has 46 wickets at 42.19, as against 30.26 overall, and an economy rate of 4.15.

If Sharma doesn’t play in Christchurch, India will miss his control more than any other facet of his bowling. With Bumrah still finding his way back to rhythm after recovering from a stress fracture, and with Shami better suited to an overtly attacking role, Sharma was the one India fast bowler who could have been relied on to perform a holding role.