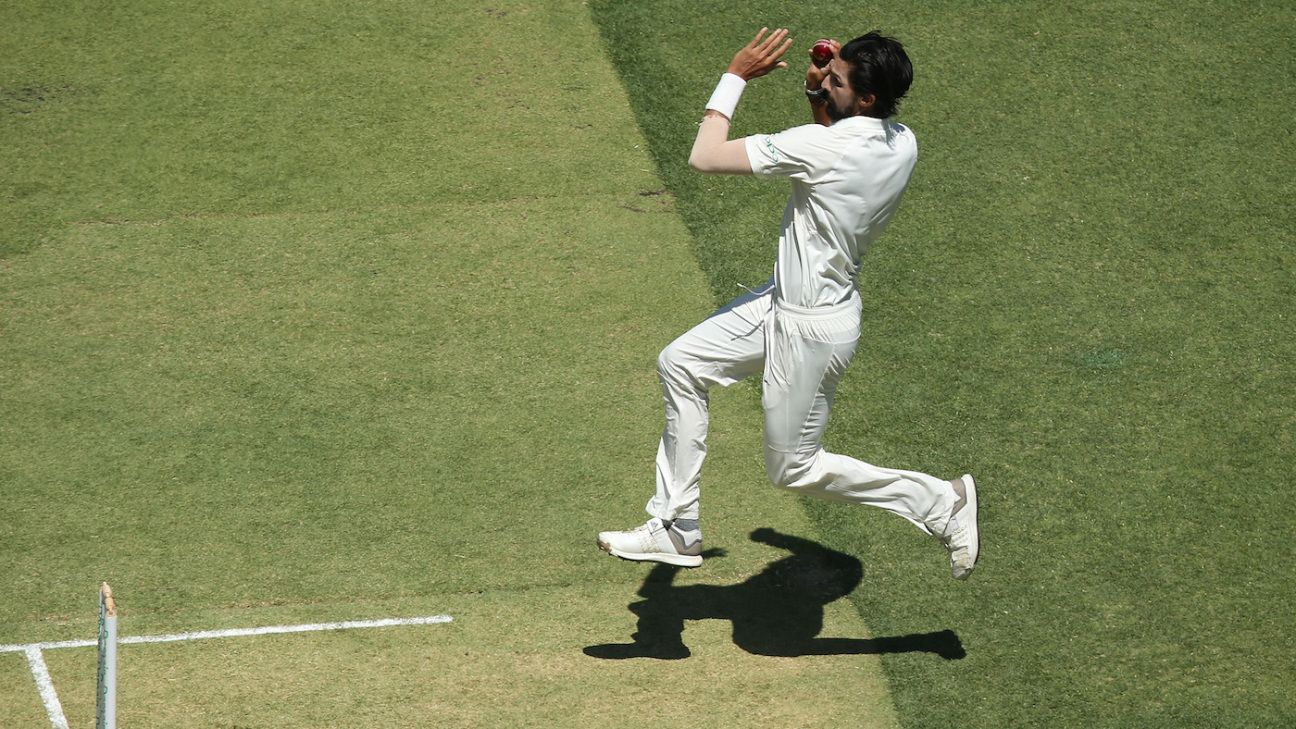 An lbw appeal during a Ranji Trophy match could end up having an impact on India’s tour of New Zealand. Ishant Sharma will be hopeful the MRI scan he takes on Monday evening will not reveal a fracture or a tear, after he twisted his ankle and hobbled off the field during Delhi’s match against Vidarbha at Feroz Shah Kotla. ESPNcricinfo understands he was in considerable pain and his ankle was swollen.

Ishant is all but out of the last two days of the match. An ankle injury is serious because it leaves an athlete almost immobile during rehabilitation. However, there is cause for optimism in that Ishant’s first match on the tour of New Zealand – the three-day warm-up game before the first Test – starts on February 14, which gives him nearly three weeks to recover. The first Test begins on February 21. It is estimated that such an injury – should there be no tear or break – takes about two weeks to heal.

Ishant suffered the injury on the second afternoon, during his third over of the second innings, after Delhi had fallen behind Vidarbha by 16 runs. It appeared that he twisted his ankle as he turned around to appeal. He was attended to by the Delhi support staff before limping off the park on his own steam, which could be a positive sign. Ishant is scheduled to fly to New Zealand in the first week of February. The fourth seamer in the squad for New Zealand will be Ishant’s opposite number in this match, Umesh Yadav, who took two wickets to help bowl Delhi out for 163.

This was going to be Ishant’s last match before he went to New Zealand, with India’s team management monitoring workloads closely. Losing him in this match, though, leaves Delhi with little hope of an outright win on a pitch that is slowing down.

Four short of the feat of 100 Tests – only one India fast bowler has managed that – Ishant has enjoyed a late revival over the last three years. He credits it to a recent change in his bowling by which he has been able to pitch the ball fuller without losing any pace. His combination with Jasprit Bumrah and Mohammed Shami has turned India into a feared fast-bowling unit even in away conditions.

“Having a bunch of fast bowlers like this, who can just bowl out any opposition anywhere, is a brilliant thing to have in Indian cricket,” India’s captain Virat Kohli recently said. “[It’s] something that we haven’t quite relied on in the past, but I think them taking the attention away from the spinners in India is a huge statement, so I think that’s what makes us feel that when we travel now, we have it in us to win a series, and not just one-odd Test match here and there. So I think it’s been hard work, persistence, learning the game, thinking about the game that’s got them to where they are and they deserve it fully.”