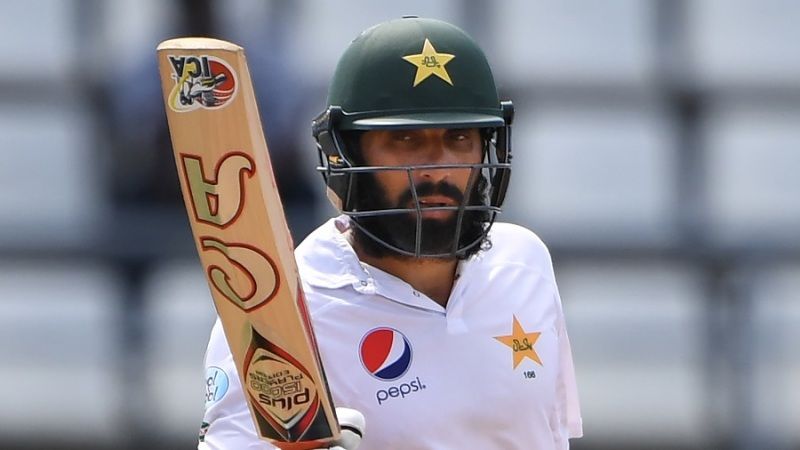 Six months ago, Misbah ul Haq was playing for Peshawar Zalmi, a remarkable cricketing career that simply refused to end still going strong. He had backtracked in 2018 on his agreement with Islamabad United to be a mentor, instead going on to play for Peshawar Zalmi as a Gold Category player in the fourth edition of the Pakistan Super League. But now, at age 45, a decisive moment lies ahead for Pakistan’s longest serving Test captain: whether he wants to embrace a coaching career.

Having brought to an end the tenure of Mickey Arthur and his staff earlier this month, Pakistan are seeking applications for the next head coach, wanting to appoint one by August 26. Misbah was, ESPNcricinfo understands, formally offered the role after Arthur’s departure, even though he didn’t apply for the job himself. He is undecided as to whether he should take it.

“I have clarity now that I will be focusing towards helping players,” he said when asked about his coaching ambitions. “In fact, I have been working with players during my days in SNGPL, Islamabad United and Peshawar Zalmi so I know how to go about it. But it’s not final yet that I am going to apply for the job, so everything that has been reported about me is speculative.”

In the absence of the coaching staff, he has agreed on a consultancy role as camp commander to overlook Pakistan’s 20-day training camp ahead of Pakistan’s two-match Test series against Sri Lanka later this year. He has also been involved in the selection process of probable players for the camp, and is part of the PCB independent set-up reviewing and finalising the six domestic associations teams comprising 32 players each.

Misbah’s increasing role in the new PCB set-up augurs well for his chances of getting the top job, but there are questions about the process should he be the next appointee. He was part of the PCB cricket committee that led the board to part ways with Arthur and the coaching staff, and were he to replace the previous head coach, this could be construed as a conflict of interest.

And in the advertisement for a new head coach, the PCB sought someone who was at least a Level 2 coach, with relevant experience of at least 3 years with elite cricketers. Misbah is a level 2 ECB coach and recently underwent a PCB Level 2 course at the NCA, with the board understood to prefer a PCB Level 2 course. The three-year experience the PCB appears to require, however, Misbah does not possess yet. That, however, may not be enough of a hurdle to the former Pakistan captain.