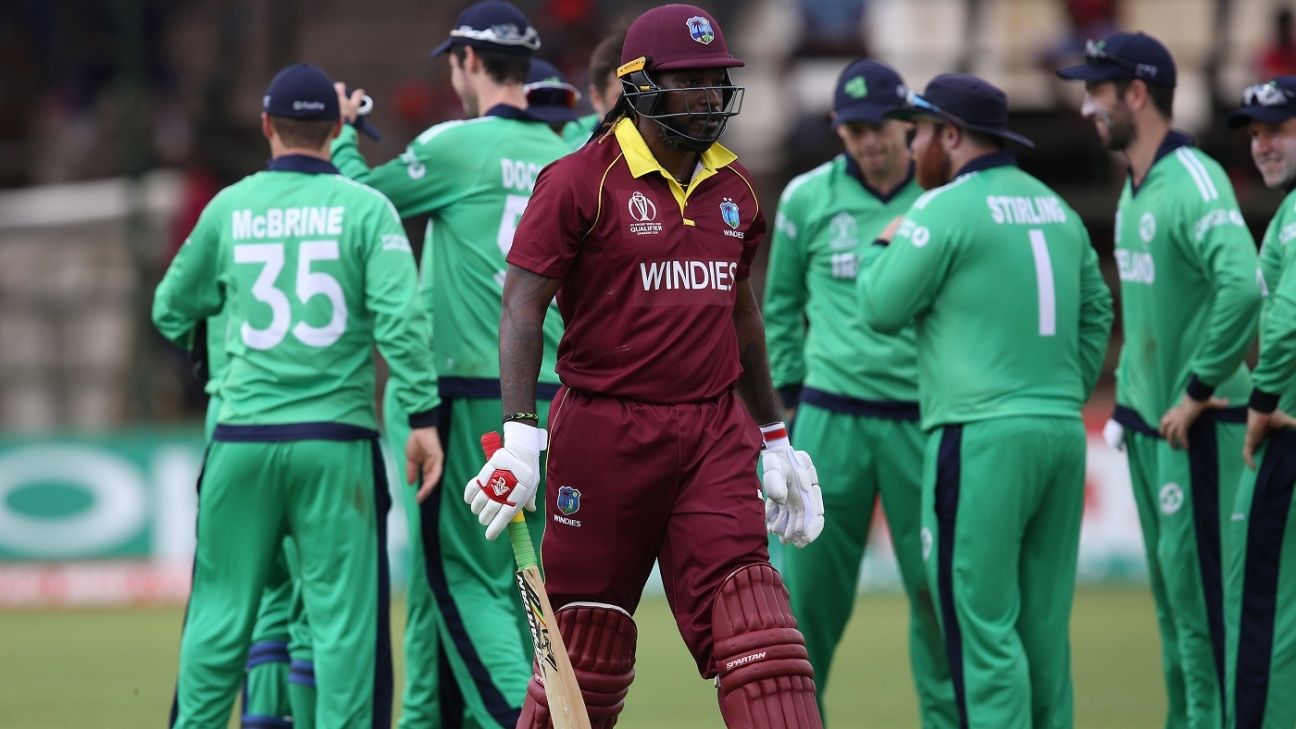 Ireland will host West Indies and Bangladesh for an ODI tri-series in the first half of May, with a double round-robin phase followed by a final. The tri-series will begin on May 5, with Ireland facing West Indies, and conclude with the final on May 17. All the matches will take place in Dublin, at Castle Avenue, Clontarf and The Village, Malahide.

The tournament will serve as preparation for West Indies and Bangladesh ahead of the 2019 World Cup that begins in England on May 30. West Indies play their first match on May 31, against Pakistan, while Bangladesh open against South Africa, on June 2.

The tri-series will clash with the final stages of IPL 2019, with May 5 being the last day of the league matches, with the playoffs scheduled for the following week. However, the West Indies players had said they would be available for the entire duration of the IPL ahead of the auctions in December. ESPNcricinfo understands that the IPL final is slated for May 12, which could mean that if there are West Indian players still in action who are part of their World Cup squad, they would miss all the league games of the tri-series.

Bangladesh only have Shakib Al Hasan playing in the IPL.