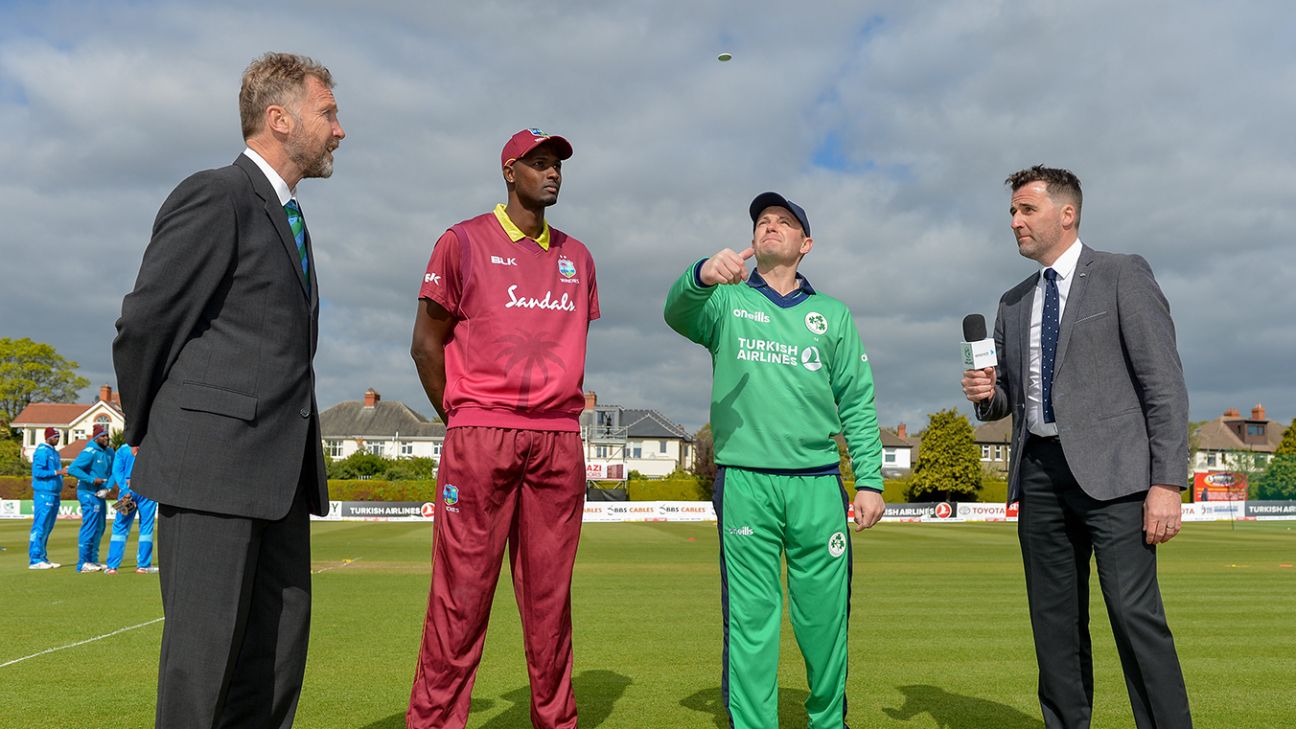 Ireland will tour the Caribbean for a six-match limited-overs series over two weeks in January 2020, Cricket West Indies confirmed on Monday.

The series begins with the ODIs on January 7 – the first two to be played in Barbados – while the third ODI – the only day game – will be played in Grenada.

Grenada will also host the first T20I before the series moves to the Warner Park in St Kitts for the last two T20Is. The series concludes on January 19.

Ireland have won only three out of the 15 games in the Caribbean, the most famous one being their upset over Pakistan at the 2007 World Cup. In 2014, Ed Joyce led Ireland to their first international win over West Indies.

The two sides squared off most recently during an ODI tri-series in Ireland, where West Indies won both games in Dublin.