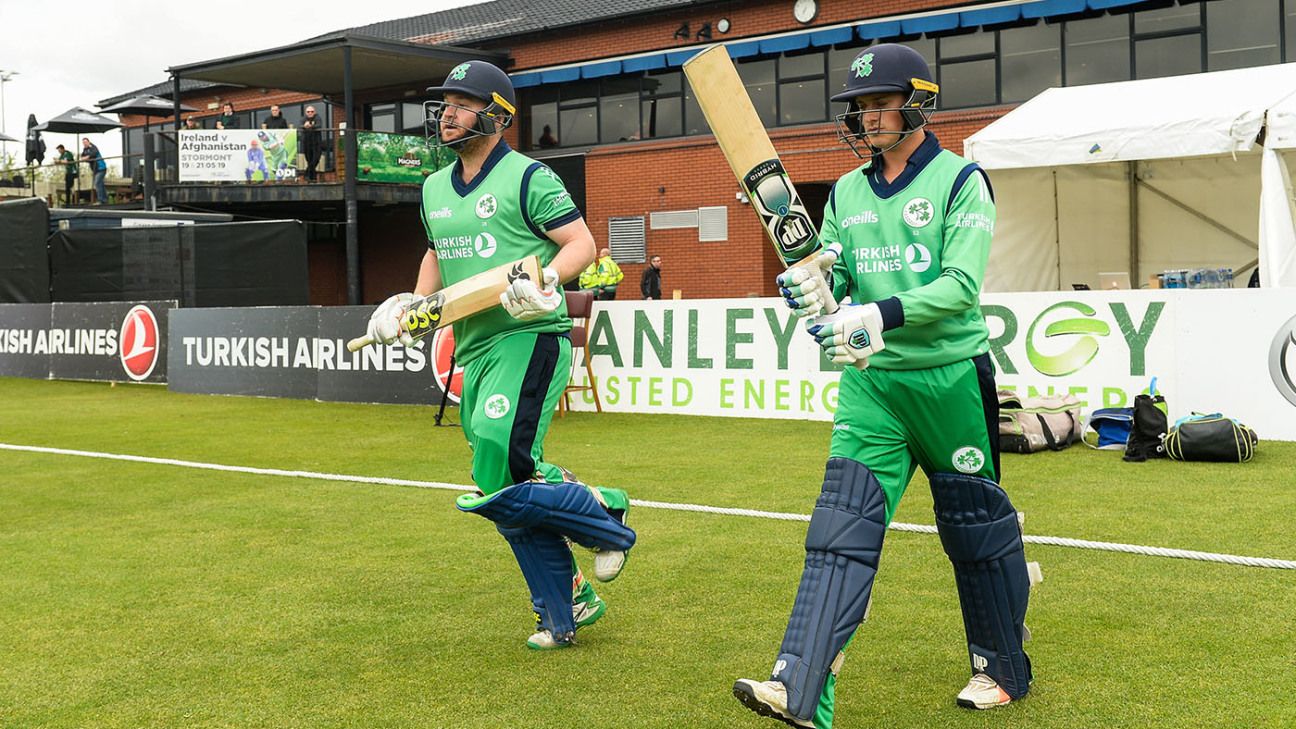 Ireland are exploring the possibility of hosting their T20Is against Bangladesh next year at neutral venues in England. With the redevelopment of Clontarf, Ireland’s capacity to host international matches has been reduced and Warren Deutrom, the Cricket Ireland chief executive, said the board was looking at various temporary options.

After last week’s announcement that the scheduled Test against Bangladesh would be converted into a T20I due to the “financial headwinds” being faced by Cricket Ireland, fixtures for next summer’s home schedule have now been confirmed. Bangladesh will arrive for three ODIs at Stormont in May; New Zealand’s tour will encompass three T20Is at Bready and three ODIs at Stormont; and Pakistan are due for two T20Is at Malahide in July.

“There is no doubt that this will remain one of the biggest home seasons for Ireland, with the hosting of the number one T20I side in the world, and the runners-up at the most recent 50-over World Cup,” Deutrom said. “However, this has also undoubtedly been our most complex match allocation process ever, given the multiple challenges we are working through. Chief among these is the loss of access to one of our international grounds for at least 2020, with Clontarf undergoing extensive renovations.

“With this venue loss, we have been reduced to 12 pitches available across our three remaining international grounds that need to cater for 15 matches. Given the ICC’s high standards of expectation regarding pitch quality, this has influenced several of the match allocations. Also key to our deliberations has been the need to provide a high volume of white-ball cricket given the T20 World Cup in October and the start of the World Cup Super League.”

The four T20Is scheduled to be played against Bangladesh in the second half of May could end up being hosted outside of Ireland, according to Deutrom.

“The outstanding fixtures that remain unallocated at this stage are the T20 Internationals against Bangladesh,” he said. “We are currently investigating venue options that will fit with our limited scheduling windows and fresh pitch availability – this includes looking at an option of hosting the Bangladesh T20Is in neutral venues in England as a temporary option until our venue and pitch capacity is back at full strength.”

Deutrom also confirmed that Cricket Ireland is still planning to play its part in hosting the Euro T20 Slam, which was postponed in 2019 over a lack of financing. “We stated last week that we were still hopeful of staging the inaugural season of the Euro T20 Slam and we have put plans in motion to facilitate that should our discussions with the organisers progress positively,” he said. “We shall be providing further information on that in due course.”