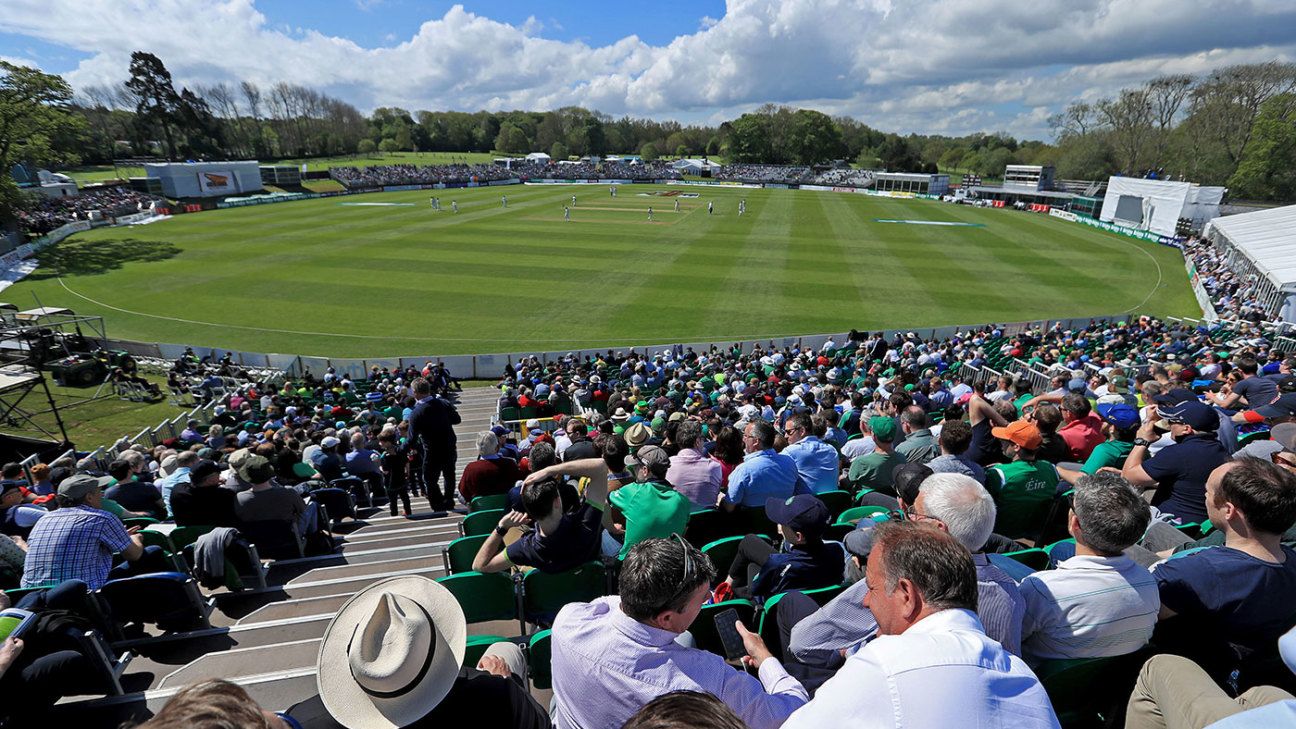 Ireland have ditched their planned home Test for the summer of 2020, as well as cancelling a T20I series against Afghanistan, with Warren Deutrom issuing a warning about the “financial headwinds” faced by the board since promotion to Full Member status in 2018.

Bangladesh had been due to play only the second Test match in Ireland, following a memorable debut at Malahide in 2018, but that fixture has now been converted to a T20 international. With the expected cost of hosting a Test estimated at €1m (US$1.14m), Cricket Ireland has chosen to prioritise white-ball cricket ahead of consecutive T20 World Cups, in 2020 and 2021, and the start of qualification for the 2023 50-over World Cup.

Deutrom, Cricket Ireland’s chief executive, said that Ireland had suffered a shortfall in their expected funding allocation from the ICC, and had been required to make “tough decisions” about their commitments for 2020. The high cost of insuring home games and assembling temporary infrastructure at grounds such as Malahide, as well as the postponement of the 2019 Euro T20 Slam, have contributed to the board’s straitened financial circumstances.

“The first area of prioritisation for 2020, has been white ball cricket over red ball,” Deutrom said in a statement on the Cricket Ireland website. “Like all Irish cricket fans, we would love nothing more than to be competing on all three fronts – Tests, ODIs and T20Is. Unfortunately, our financial constraints have led us to cut the home Test match next year.

“As the Test does not form part of the World Test Championship, the one-off match lacks context. For effectively a ‘friendly’, the expected costs for hosting the Test would be over €1 million, with little expectation of creating revenue streams to cover the costs of hosting.”

In addition to limited-overs series against Bangladesh and New Zealand in the first part of the summer, Ireland will also host Pakistan for two T20Is ahead of their tour of England. But the proposed visit of Afghanistan has been shelved.

“Those tough decisions also include having to prioritise some white-ball cricket over others,” Deutrom said. “With Bangladesh and NZ coming over for important ODIs, it makes sense to extend their tours with complementary T20Is. Similarly, Pakistan is the No. 1 T20I team in the world and have proven popular visitors here over the years.

“However, we have notified the Afghanistan Cricket Board that we shall not be in a position to host them for the five planned T20Is in 2020. We have been regular and frequent opponents of the Afghans every year for a long time now, and we shall be again in future. However, needs must at this juncture to ensure we are operating as a responsible governing body operating within our means.

“The ODIs and remaining T20Is next year both have greater context and direct connections to two upcoming World Cups. The T20Is will form essential match play experience leading into the T20 World Cup in October, while the ODIs will become important with the start of the new World Cup Super League next year, which is the next 50-over World Cup’s qualification process. This will mean that in 2020, three of the Bangladesh ODIs and the three New Zealand ODIs next year directly count towards world cup qualification.”

Plans to host New Zealand at Bready, which made its debut as an ODI venue last year, have reportedly been put on hold – although Deutrom said that Cricket Ireland is “still working on finalising” its match allocation for 2020. Malahide and Stormont are likely to see the bulk of Ireland’s international schedule, with the Clontarf ground in Dublin out of action due to renovation work.

Deutrom also indicated that Ireland were reliant on changes being made to the ICC’s funding model from 2023. Although Cricket Ireland is still hopeful of a funding boost from the Euro T20 Slam – a joint venture with Cricket Scotland and the Netherlands’ KNCB that was put back until 2020 – he said that “significant investment in permanent infrastructure” was required before regular Test cricket could become a reality.

“The ICC have been supportive in giving us this opportunity, but the reality to date has been Cricket Ireland dealing with significant financial challenges,” Deutrom said. “The costs associated with delivering to Full Membership standards and fulfilling a much greater number of international fixtures each year has not been matched by expected revenues and a number of key unforeseen financial blows.

“With an allocation amounting to less than half of that of Zimbabwe, our expected revenues from the ICC funding model for Full Members have not been realised. Although we generate a higher percentage of our own income outside of ICC funding than a number of more-established nations, the fact is that it is insufficient to help us transition smoothly to our current status.”