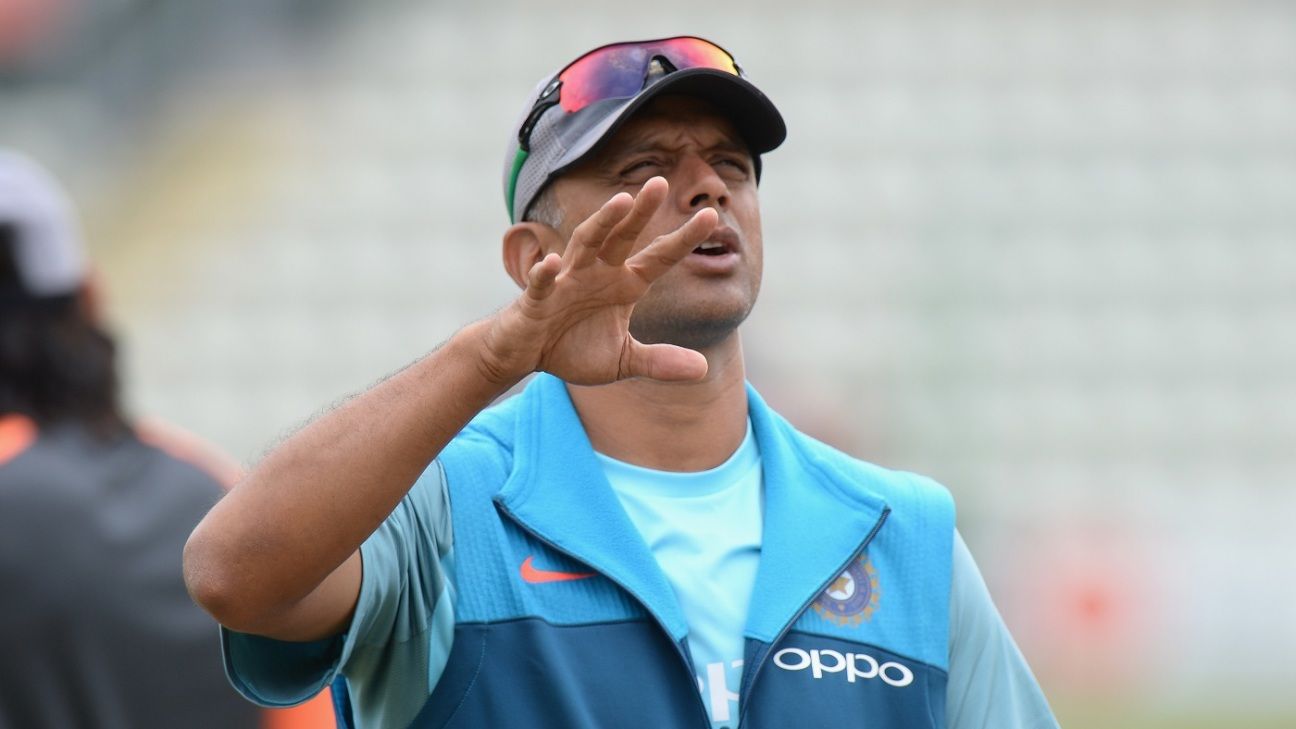 Rahul Dravid believes IPL franchises are “missing a trick” with regard to their support staff appointments by not involving more Indian coaches. Dravid felt Indian coaches were as good as any in the world, and even if not appointed at the top of the tree, they would add value as assistant coaches too, given that a majority of players in every IPL franchise are Indian.

“It does sometimes disappoint me when a lot of our boys don’t get opportunities as assistant coaches in IPL. Honestly, there are so many Indian players in the IPL, there’s so much of local knowledge [among our coaches]. I feel a lot of teams could actually benefit from using a lot of our Indian coaches in the IPL. They know the Indian players better, they understand them better. Even as assistant coaches… there is a lot of talent and ability. It just needs to be given the opportunity, and flourish.”

In an expanded role as the NCA director, from previously being the head coach of India A and India Under-19, part of Dravid’s remit is also to develop Indian coaches in addition to overseeing the next rung of talent in Indian cricket.

“A part of our goal is to create a programme for coaches as well, so that we can give them certain skills in which they can develop – and hopefully then get the opportunities to work at a slightly higher level,” Dravid said. “I think a lot of IPL teams miss a trick by not using more domestic talent in the coaching area and the talent identification area, even if it is as assistants. That’s my personal opinion.

“It’s not for me to decide for franchises and head coaches what they do, but I think they miss a trick by not involving more Indian coaches. Indian coaches understand and know the system, and they know a lot of Indian players. Every IPL team has at least 17-18 Indian players. It’s my personal view, but I would love to see a lot of our boys get the opportunity to be in and around that environment. Hopefully we can work with some teams to try and ensure that.”

Dravid was in Lucknow to observe the ongoing one-day series between India Under-19 and Afghanistan Under-19 as part of preparations for the World Cup early next year. Victory in the fourth one-dayer meant India took a winning 3-1 lead in the series. Dravid said the trickle-down effect of the success of India’s pacers had in international cricket could be seen in how many young cricketers were taking up pace bowling at the age-group level.

“Every year now in Under-19 cricket, we’ve had some very good fast bowlers,” Dravid said. “Last time, (in the Under-19 World Cup 2018), we had three of them in Kamlesh (Nagarkoti), Shivam (Mavi) and Ishan (Porel). This year also you will see some good fast bowlers in the team.”