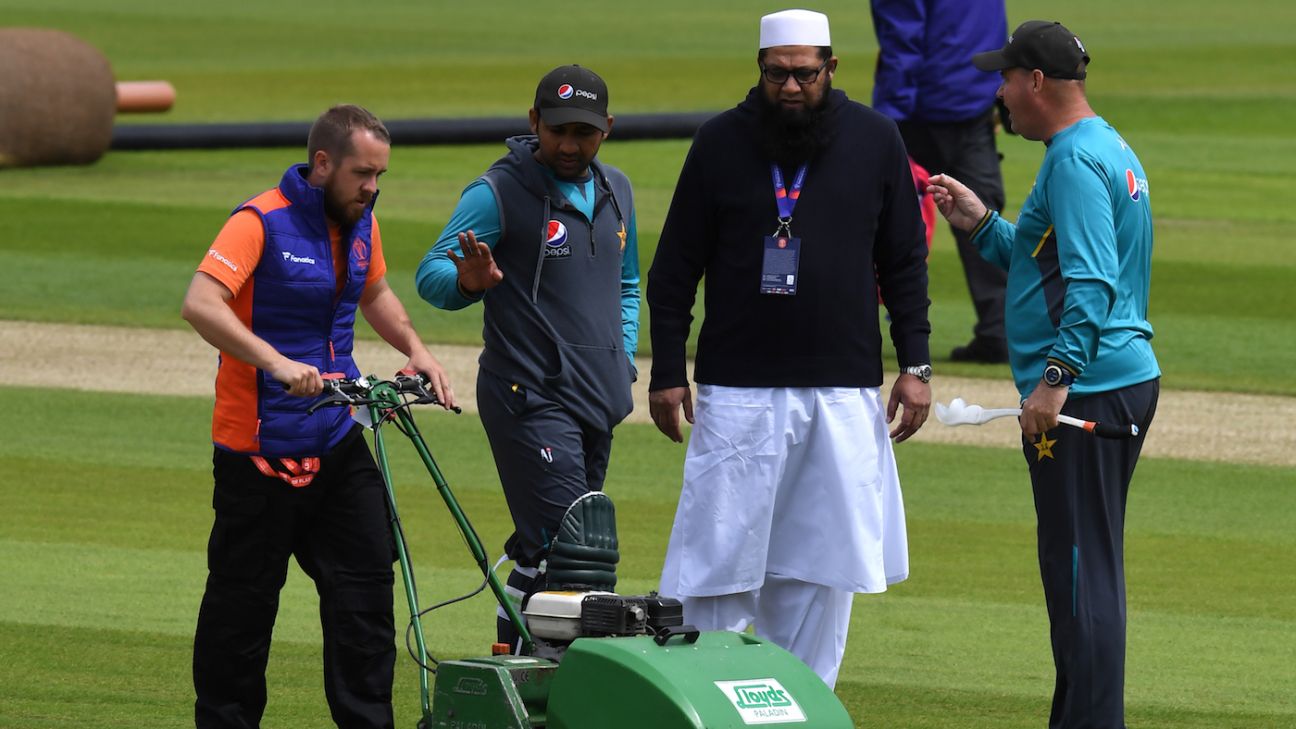 In what may yet be the first of several departures in the PCB’s coaching and management set-up, Inzamam-ul-Haq is set to leave his post of chief selector once his contract ends at the end of this month. Addressing the media at the Gaddafi Stadium in Lahore, Inzamam said he would not be interesting in seeking out an extension, drawing the curtain over a three-year stint in the role.

“After more than three years as Chair of the Pakistan Men’s Selection Committee, I have decided not to seek a renewal of my contract,” he said. “With the ICC World Test Championship due to get underway in September and the ICC T20 World Cup in 2020 and the ICC Men’s Cricket World Cup 2023, I believe it is the right time for the Pakistan Cricket Board to appoint a new chief selector who can bring new ideas and fresh thinking.

“I spoke to PCB Chairman Ehsan Mani and Managing Director Wasim Khan on Monday and conveyed my decision to them separately. I also thanked them for backing and supporting the selection committee since taking over the reins of Pakistan cricket.

“The Pakistan cricket team has come a long way since the departures of stalwarts like Misbah-ul-Haq and Younus Khan in May 2017 and is now destined for improved results as the youngsters have grown in experience and stature. They are now ready to excel and perform consistently across the three formats.”

The writing had been on the wall during the course of Pakistan’s roller-coaster World Cup campaign, during which Inzamam was seen in England and often with the players in the dressing room, most notably following a mooted spat between players and coach that Inzamm had apparently mediated upon. Wholesale changes to the management set-up were expected following the tournament, in which Pakistan narrowly missed out on a semi-final berth by finishing fifth, and Inzamam is the first person out of the door.

He began his stint in August 2016, and at the time, Pakistan were so eager to appoint him they bought out the last year of his contract with the Afghanistan Cricket Board, where he had served as the head coach. His time saw several players enter the Pakistan international set-up, who are now mainstays, such as Fakhar Zaman, Hasan Ali, Shadab Khan, Imam-ul-Haq, Faheem Ashraf and Shaheen Afridi brought in over the past three years. The biggest success of this period was lifting the Champions Trophy in 2017, when Pakistan beat India in the final to win their first ICC tournament in nearly a decade. Six months later, they would beat New Zealand in a three-match T20I series to ascend to No. 1 in the T20I rankings, a position they still hold.

There were, along this time, accusations of nepotism, both whispered and shouted, surrounding the inclusion of Inzamam’s nephew Imam for a tour against Sri Lanka in the UAE. Imam has since gone on to become an ODI mainstay, cementing the opening position in both ODIs and Tests. He scored a century on ODI debut, becoming only the second Pakistani to do so and averages a shade under 55 in the format after playing 36 matches.

“It has been a pleasure to see these players grow and make names for themselves in international cricket,” Inzamam said. “I will follow their progress with interest because I firmly believe these players have all the ingredients to take the Pakistan cricket team to greater heights.

“The team could have performed better during my time than the results reflect and I may have inadvertently overlooked some potentially deserving players, but I have always had the best interests of Pakistan cricket foremost in my heart. I hope the passionate Pakistan cricket fans will understand and can see this in my decisions.

“I would like to take this opportunity to thank my fellow selectors, who worked tireless behind the scenes, as well as captain Sarfaraz Ahmed and coach Mickey Arthur. I think we worked very well as a group, stayed together in difficult times, and continued to collectively move in the same direction.

“I wish the new chief of the selection committee and the Pakistan cricket teams all the best in what will be exciting but competitive times in international cricket.”