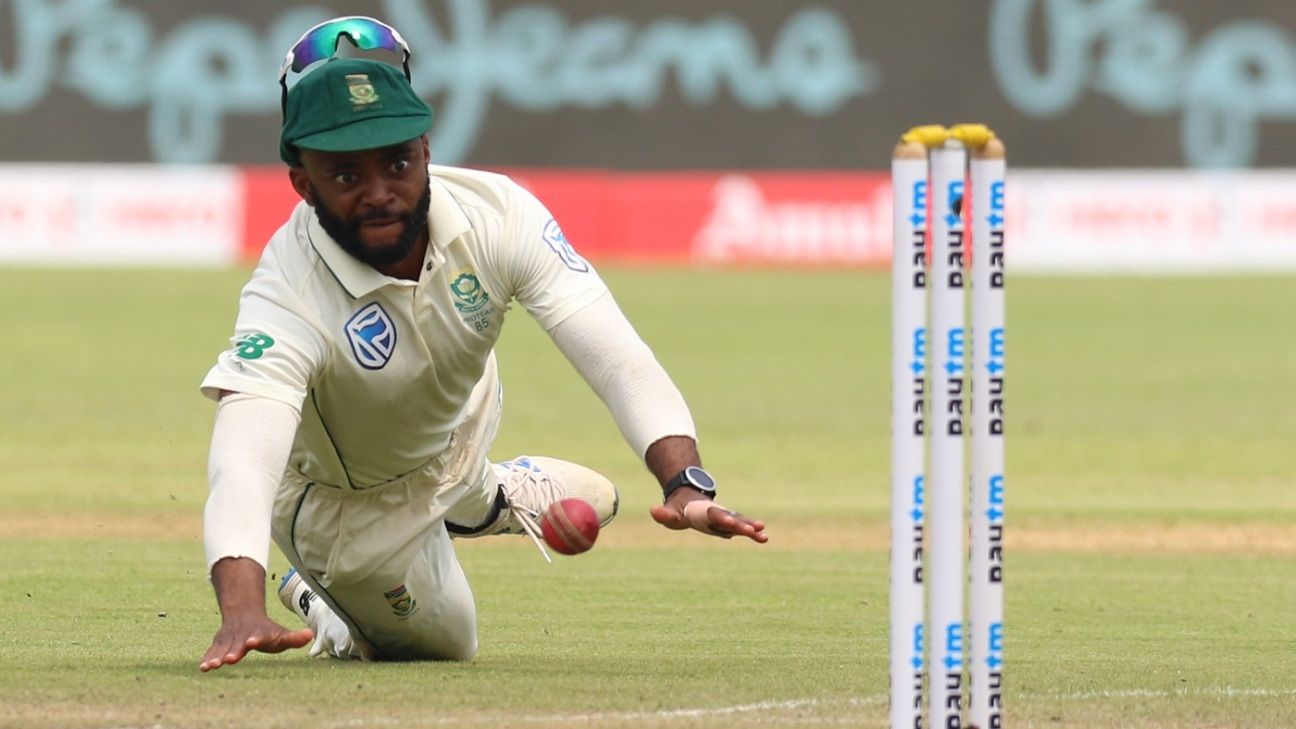 South Africa’s plans for the first Test against England have been hit by an injury to Temba Bavuma, who has picked up a Grade 1 hip flexor muscle strain, scans have revealed.

Bavuma, the 29-year-old batsman, will remain with the squad and begin his rehabilitation programme with the team’s medical staff “with the goal of returning to play within seven to ten days”, Shuaib Manjra, Cricket South Africa’s chief medical officer, said in a statement.

“A decision on a possible replacement will be made at the conclusion of the South Africa A and CSA Franchise Four-Day matches that are taking place this weekend,” a CSA statement said.

Bavuma, 39 Tests old, is one of the most experienced players in the 17-man squad, which features six uncapped players.

The four-Test series against England – at No. 5 on the World Test Championship table, while South Africa are bottom – will be the first assignment for South Africa’s revamped coaching staff.

Since Graeme Smith took charge as director of cricket on an initial three-month stint, Mark Boucher has taken over as the head coach, while Jacques Kallis and Charl Langeveldt have slotted in as batting and bowling consultant respectively.