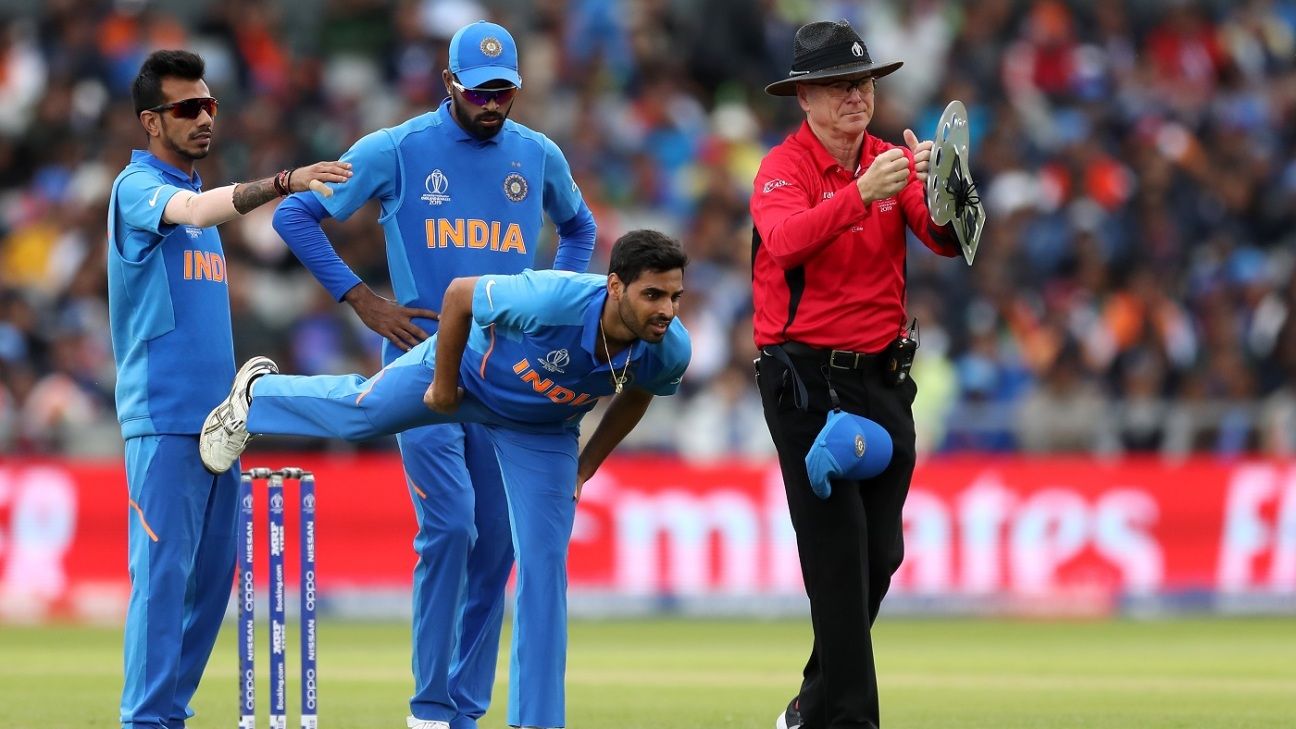 There’s an injury-related question mark over Bhuvneshwar Kumar, who is likely to become the second player after Shikhar Dhawan (leg injury) to drop out of the original squad announced for the ODI series against West Indies. The three-match ODI series begins in Chennai on December 15.

The nature of the injury could not be confirmed, but it is understood that the selectors, who are awaiting a final word from the Indian team’s medical staff, are likely to name a replacement for Bhuvnewshar. Going by the choices made by the selectors in the recent past, one of Navdeep Saini, Khaleel Ahmed and Shardul Thakur will be picked as a replacement.

The development will come as yet another setback for Bhuvneshwar, for whom injuries have become a constant in the recent past. During the World Cup, Bhuvneshwar had to limp out of the marquee contest against Pakistan in Manchester because of a hamstring strain after bowling just 2.4 overs. He made a comeback in the semi-finals, but then missed the home series against South Africa and Bangladesh recently because of what the selectors called a niggle.