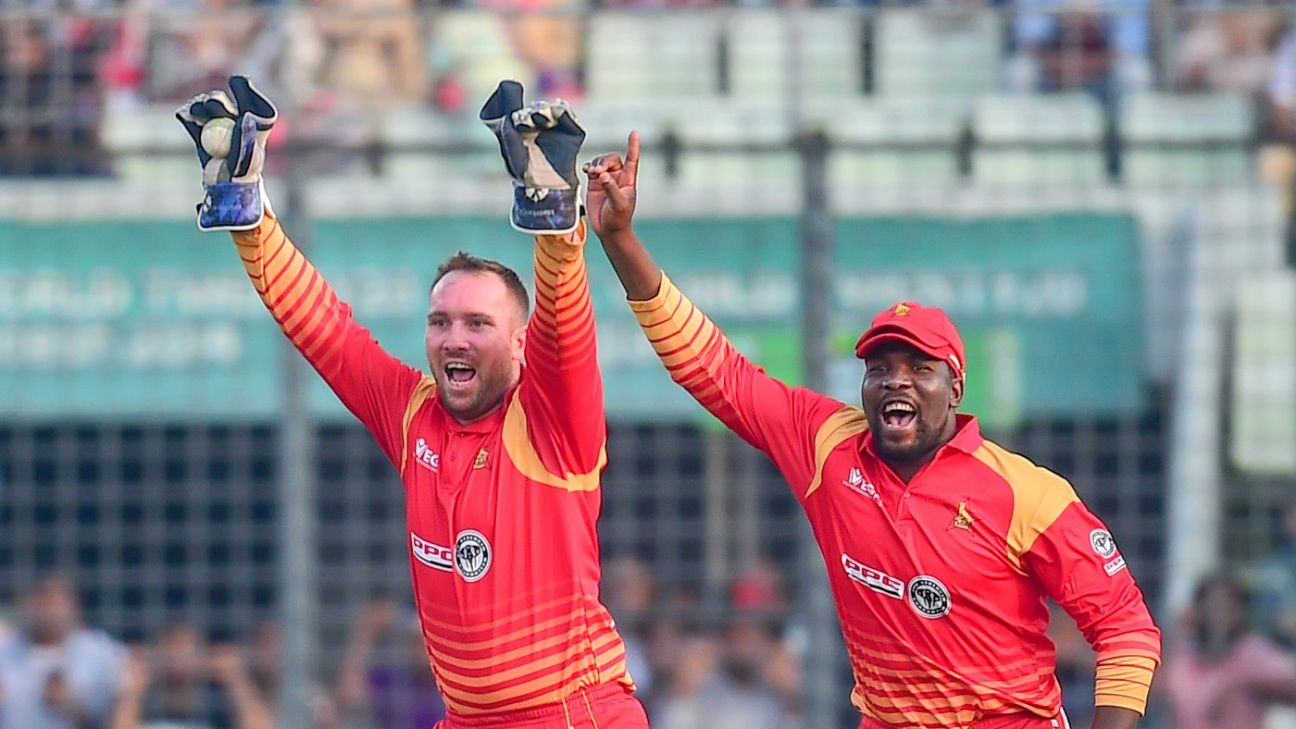 Zimbabwe will be without the services of captain Hamilton Masakadza and batsman Brendan Taylor for the four-match ODI series against UAE, starting from April 10. Both players have been ruled out due to injuries: Masakadza is nursing a left-thumb injury, while Taylor is recovering from a right-calf muscle tear. Peter Moor will lead Zimbabwe in Masakadza’s absence.

Masakadza had been injured during a domestic game in February, while Taylor sustained a muscle tear during a stint with Lahore Qalandars in the Pakistan Super League 2019. Both had been named in the training squad of 27, but Zimbabwe Cricket said they had “not recovered in time to play a part at least in the first two matches of the series.” Taylor told ESPNcricinfo he was focused on recovering in time for the tours of Ireland and the Netherlands.

“The calf injury is coming on well. It was a grade-two tear, but it’s been about seven weeks so I might have another one or two to go,” Taylor told ESPNcricinfo. “I haven’t put much strain on it. These things, I’m told, you don’t want to rush them because if it does happen again then it’s 10 to 12 weeks. The goal was to be ready for Afghanistan, but that didn’t happen and now there’s not a lot of pressure to be ready for this series. I’m probably going to be more focused on the Ireland and Netherlands series leading up to the qualifiers. So that’s it. Obviously I’d like to play, but I’ve been advised not to play. It’s a bit frustrating, but it is what it is.”

Zimbabwe’s squad for their first international series since November 2018 includes uncapped left-arm spinner Ainsley Ndlovu and offspinner Tony Munyonga. Also in the squad are Regis Chakabva and Timycen Maruma, who have not played ODIs since November 2015 and June 2016 respectively.

All matches in the series will be played at the Harare Sports Club with ticket proceeds from the third match, on April 14, going towards Cyclone Idai disaster relief efforts.