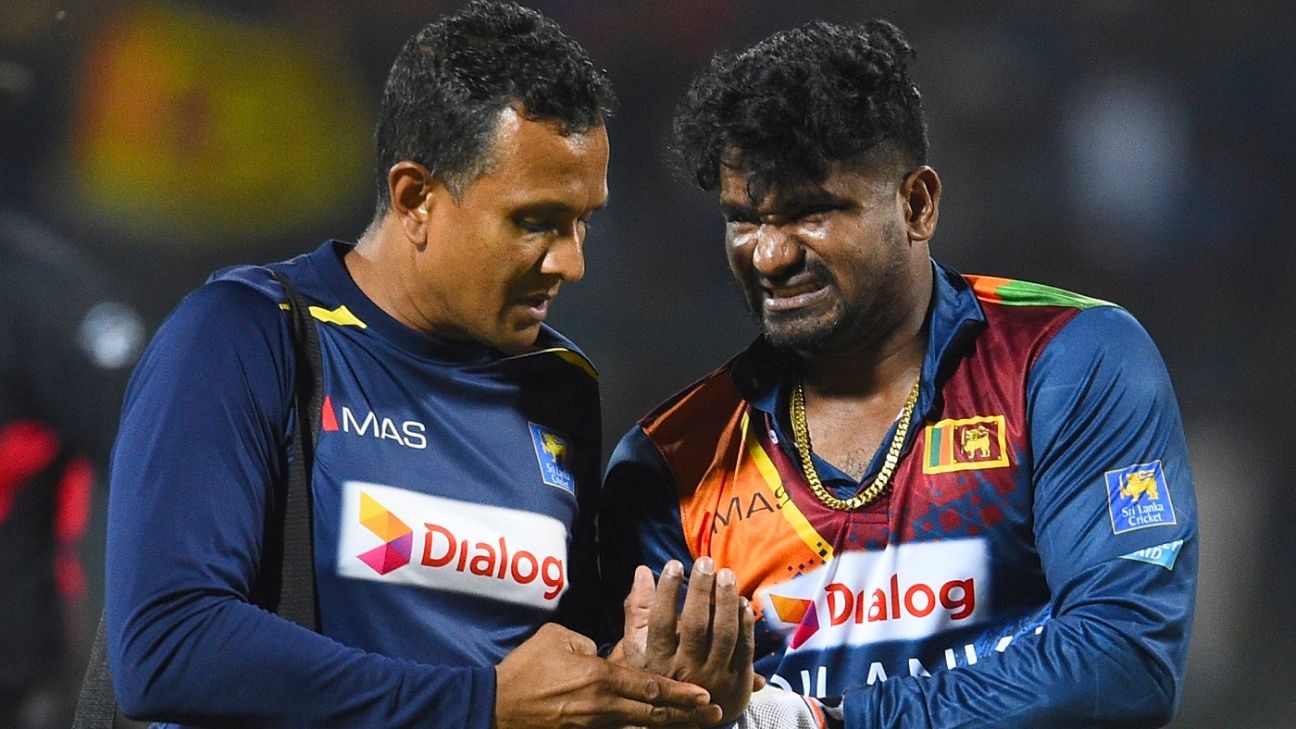 Kusal Perera will not be in contention for a place in the Sri Lanka squad for their first Test against England, starting March 19, after picking up an injury to the middle finger of his right hand during the second T20I against West Indies on Friday. Wanindu Hasaranga will also be out of action “for several weeks” after injuring his left hamstring while fielding in the same match.

An SLC statement said that Perera “is expected to be fit in two weeks”, meaning that he should be in the fray for the second and final Test, starting March 27, while a more concrete update on Hasaranga should be available in a couple of days when the report of his MRI scan is available with the board.

Hasaranga has never played Test cricket, but is one of Sri Lanka’s most exciting young talents, and played strong hands with ball and bat during the recent limited-overs series against West Indies at home.

Perera, meanwhile, would have hoped to return to the Test squad after being left out for the tour of Zimbabwe earlier this year. That completed a strange year for Perera in the format, after he had played one of the great Test innings of all time in Durban in February 2019, but totalled just 44 runs in three Tests after that, including bagging a pair in Colombo against New Zealand in August in what was his last Test appearance.

He was in the squad for the December Test tour of Pakistan, but didn’t get a game, and chief selector Asantha de Mel confirmed while announcing the squad for Zimbabwe that Perera had been dropped after consultation with coach Mickey Arthur, who felt it was better for the wicketkeeper-batsman to remain in Sri Lanka and train for the white-ball series against West Indies, rather than tour Zimbabwe and not get a game.

Perera played at least three good innings in the games against West Indies, 42 and 44 in the first and third ODIs as Sri Lanka won 3-0, and then a 38-ball 66 in the first T20I – West Indies won that series 2-0.