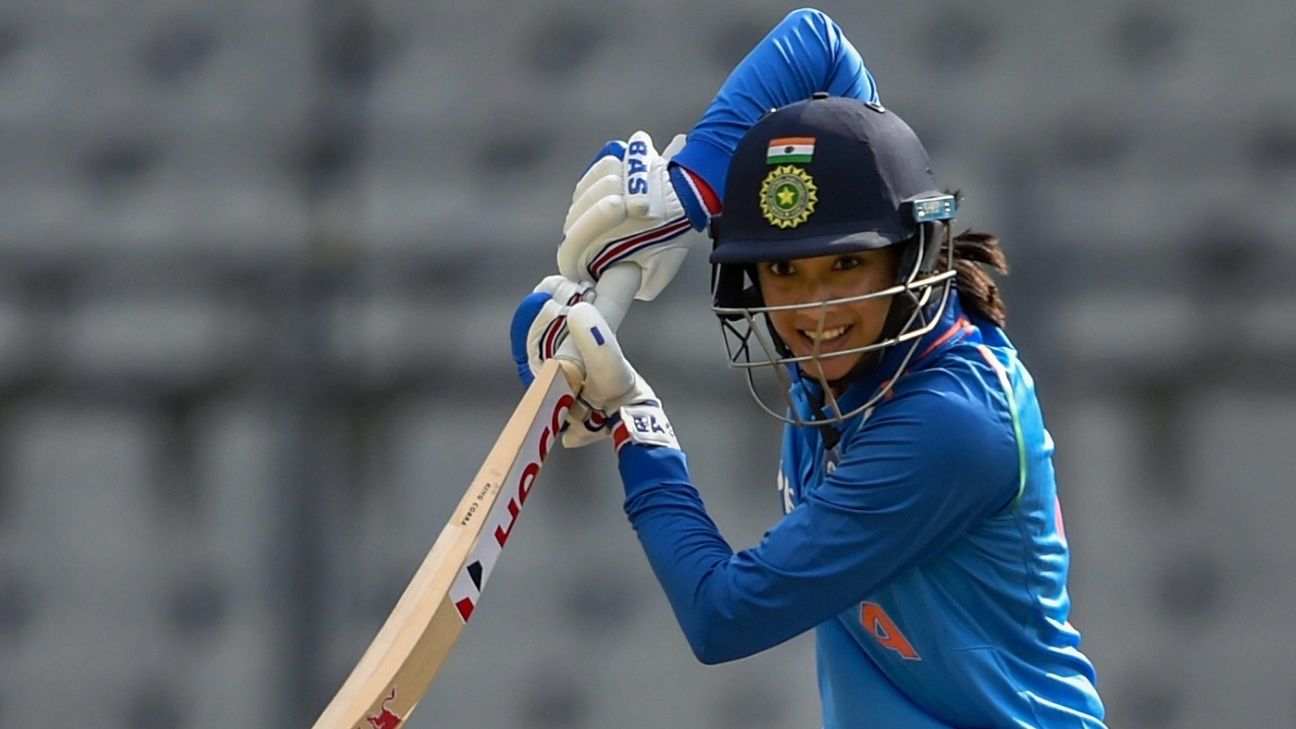 India women’s opener Smriti Mandhana has been ruled out of the ODI series against South Africa after fracturing her right toe. A BCCI spokesperson confirmed that she had picked up the injury at a practice session following reports that said she was struck by a ball while batting in the nets. Pooja Vastrakar, the 20-year old seam-bowling allrounder, has now been added to the team.

Mandhana is now under observation by the BCCI’s medical team and it is unclear if she will be fit in time to play India’s next series. The team is tentatively set to depart for a tour of the Caribbean on October 23.

Mandhana had failed to get going in the T20I series against South Africa that preceded the ODIs, with scores of 21, 13, 7 and 5 in the four completed games. However, she was in red-hot form in ODIs last season, with six scores over fifty including a hundred, in nine matches against Sri Lanka (away), New Zealand (away) and England (home). Overall, in 50 ODIs, she has 1951 runs at 42.41, with four tons and 16 half-centuries.

India won the rain-hit T20Is – two games were abandoned without a ball bowled – against South Africa 3-1. They will square off again for three ODIs in Vadodara between October 9 and 14.