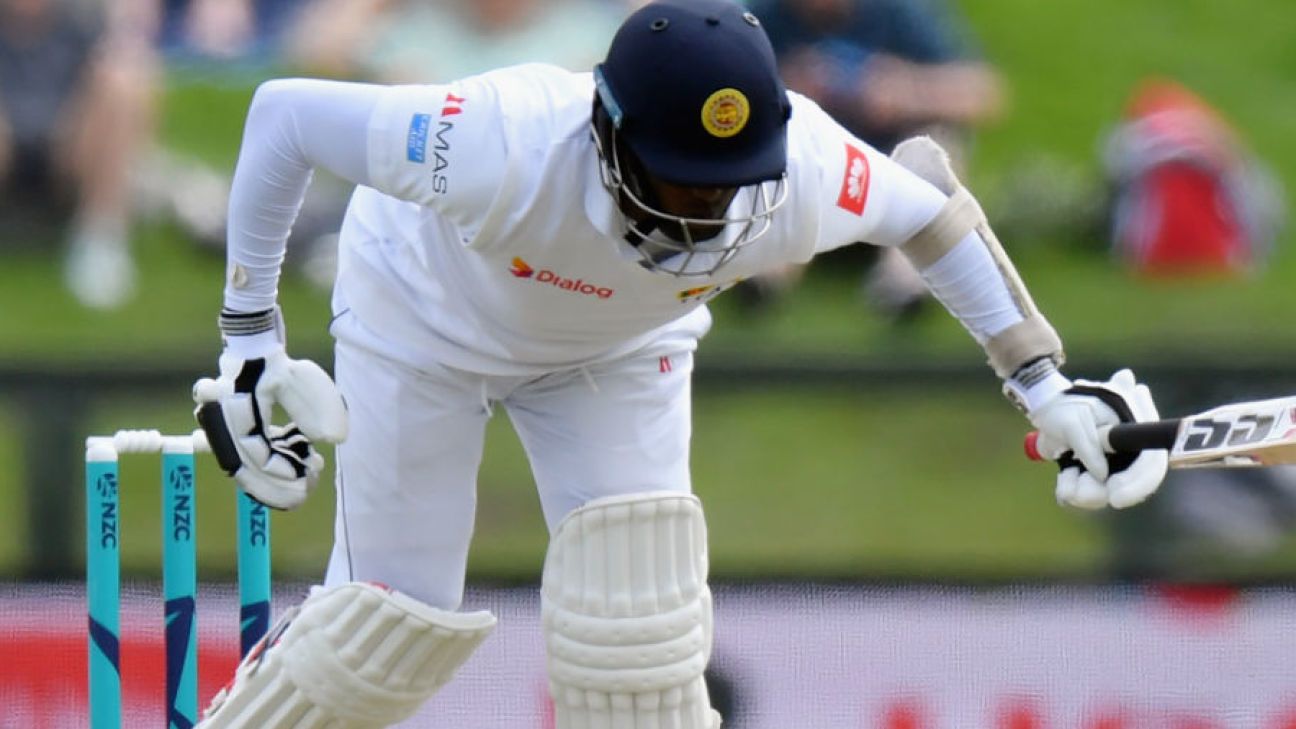 Angelo Mathews has been ruled out of the limited-overs leg of the New Zealand tour, and will almost certainly miss Sri Lanka’s two Tests in Australia as well early next year, after scans revealed a grade two strain in his left hamstring.

Mathews picked up the injury while completing a run late in the afternoon session of day four of the Christchurch Test, immediately pulling up lame, and having to hop between the wickets on his right leg for the remainder of the session. He then retired hurt at tea and did not take the field again.

“Angelo had a scan last night, and it’s a grade two hamstring strain,” captain Dinesh Chandimal said after the match. “The physio said he’s out for four weeks.”

The injury not only substantially weakened Sri Lanka’s chances of drawing the Christchurch Test – which they have since gone on to lose – it is also a major blow to their hopes in Australia in particular. Mathews was Sri Lanka’s best batsman in New Zealand, hitting 258 runs with only one dismissal against him in the series. His 120 not out in Wellington was especially outstanding, as he batted alongside Kusal Mendis through the entirety of day four to save that Test.

And as Mathews having sustained multiple calf and hamstring injuries over the last two years, four weeks might even be a slightly optimistic timeframe for recovery. It has often been the case since 2017, that Mathews has required a few extra weeks to regain full fitness than the team had originally announced.

The first Test in Australia begins on January 24, with the second Test due to start on February 1. A more realistic goal may be for Mathews to return in time for Sri Lanka’s first Test of the South Africa series, which starts on February 13.

Looking further down the track, Mathews’ latest injury may also affect Sri Lanka’s World Cup plans. In limited-overs cricket, Mathews has generally been a reliable and effective bowler. But although he had just begun to return to the bowling in international cricket following the previous round of injuries, the Sri Lanka think-tank may now decide that Mathews should play purely as a batsman, in order to minimise the risk of a further injury.