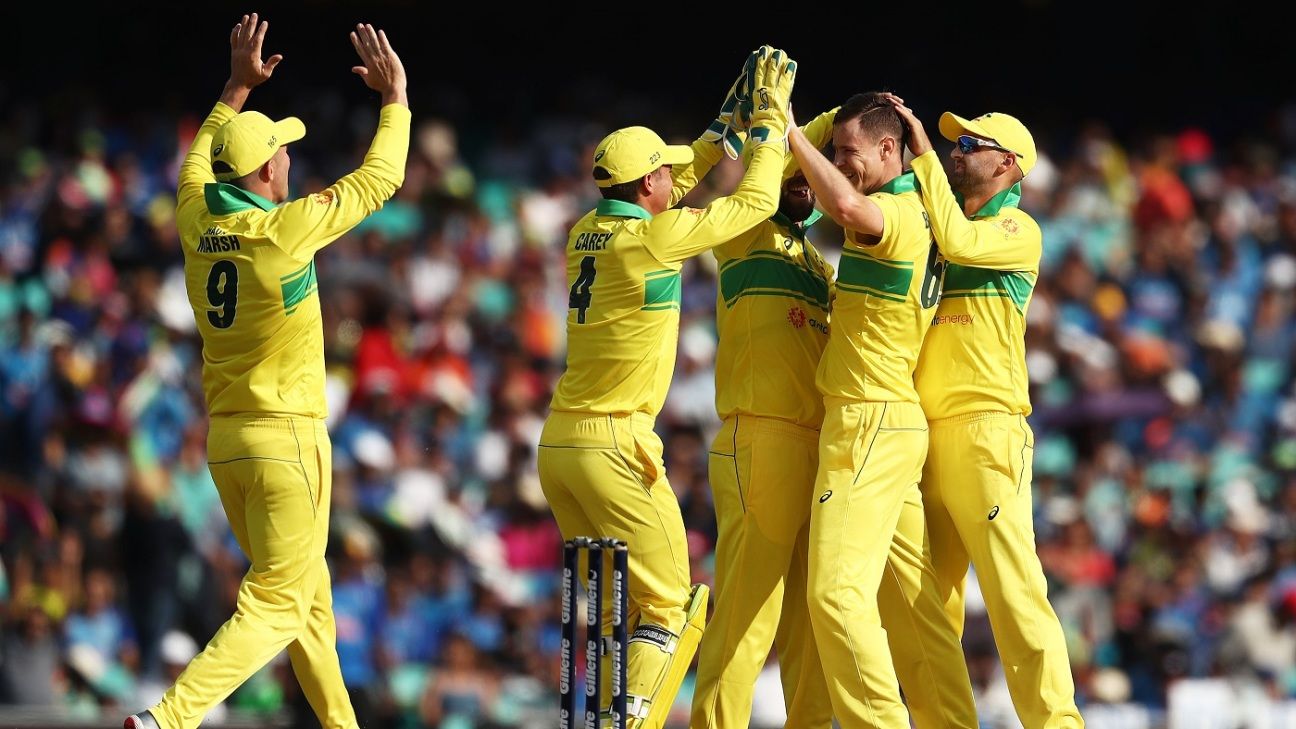 That was largely unexpected. Australia produced arguably their best ODI performance in two years to convincingly take the honours at the SCG and, as in the T20 series which began the tour, leave India needing to find a response.

Australia’s batting was efficient rather than electric and the question remains whether the current line-up, with Glenn Maxwell at No. 7, has the firepower to push 350 when required but in Sydney they scored enough runs and defended them impressively. It was the new-ball attack of Jason Behrendorff and Jhye Richardson that stood out, taking six wickets between them, and providing a reminder that pace bowling is where Australia’s depth is at its greatest.

India’s performance reinforced the issues they need to resolve before the World Cup later this year. MS Dhoni’s innings fuelled the debate about whether he can still do the role needed at this level – although he entered at a very difficult time – with Rohit Sharma later saying he’d like Dhoni at No. 4. That discussion is likely to remain throughout this series and the rest of India’s matches before the tournament.

It is shaping as a season he’ll want to forget for captain Aaron Finch who collected another low score in the opening match when Bhuvneshwar Kumar nipped one back between bat and pad. Despite their victory, Australia have enough issues to think about in their side without the form of the captain heading into a World Cup year being one of them. He has plenty of time to turn it around, but starting in Adelaide would be handy.

The Sydney ODI was Ambati Rayudu‘s first competitive match for more than two months and it showed. He was caught in the crease, beaten for pace by Richardson, to be trapped lbw and then used up India’s review which could later have been used to save Dhoni. He has the backing of Virat Kohli which counts for a lot and scored heavily against West Indies last year but will need to get himself back up to speed swiftly. The less said about his bowling, which has been reported for a suspect action, the better.

Australia did not confirm their XI but vice-captain Alex Carey said that Mitchell Marsh was available for selection following the stomach illness that put him in hospital for two days. However, given that the middle order all made runs they may not tinker with the team.

Balance is the big question for India. Kedar Jadhav will come back into the reckoning to provide some stop-gap overs and could replace Dinesh Karthik. Khaleel Ahmed struggled a little at the SCG but may be given another chance.

The last couple of ODIs in Adelaide have been reasonably low scoring – earlier this season Australia defended 231 against South Africa – with pace bowlers enjoying considerable success. The forecast is for a very hot day.

“I think the other night was a really big step forward and we can improve from that, definitely. If you look across the list, there are so many opportunities for guys to put their hand up and really make a spot their own.”
Alex Carey, Australia’s vice-captain