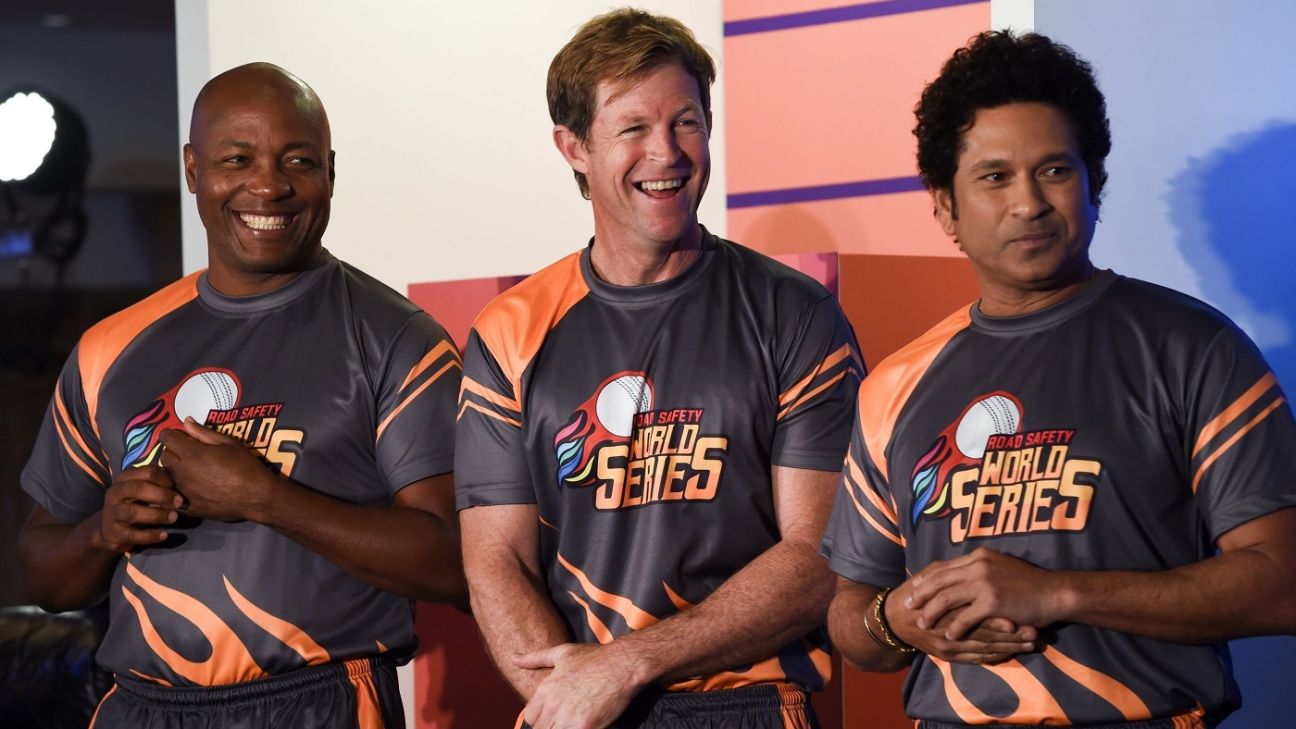 A “force to reckon with” no matter where they play in the world, with an “unbelievable” bowling attack and an “ultimate captain” who leads from the front, is what West Indies great Brian Lara thinks of the current India team.

The Indians, under Virat Kohli, has been ranked No. 1 in the world since October 2016, and at home they recently won their 11th consecutive series to reinforce their status as international cricket’s best Test side. They are also the only unbeaten side in the World Test Championship so far, with four wins and 200 points.

Lara, who played 131 Tests from 1990 to 2006, would have preferred if the World Test Championship had started much earlier.

“I think for someone who played for 16-17 years, over 100 Test matches, at some point of time it became monotonous where you just keep going and travelling and racking up the numbers,” he said. “You win or lose the series, yes it matters, but in terms of Test Championship where it will culminate into a team becoming champions, I felt that should have happened a long time ago. Happy to see it now. And I feel it will also create a little more excitement for the spectators knowing that it is not just another series. This series leads to something else. Credit must be given to ICC for introducing it, [but] maybe a little too late.”

Lara heaped praise on India’s bowling attack, saying it reminded him of the West Indies attack of the 1980s and 1990s, and pointed out that unlike earlier, India are not just good at home now but respected as an opposition while travelling too.

ALSO READ: Pollard as captain ‘a step in the right direction’ for West Indies – Lara

“The Indian outfit – batting, bowling and fielding – is exceptional,” Lara said at an event in Mumbai. “I thought their fast bowlers were sometimes unplayable [during the recent Test series in the West Indies]. So starting with that you’ve got to give India credit with where their cricket is; they’re at a very high point.

“Unbelievable. I saw them in the West Indies and I must say what I was accustomed to in the past, in the ’90s and early part of the 21st century, this is a little bit exceptional, this is pretty special.

“When you look at the quality – [Mohammed] Shami, [Jasprit] Bumrah, [Umesh] Yadav, they are unbelievable. And the guys that you have on the sidelines, it reminds me a little bit of what the West Indies had back in the ’80s and ’90s… the reserve strength is very important in assessing a team’s ability. If your reserve strength is very good – Bhuvi [Bhuvneshwar Kumar] and all these guys are sitting on the sidelines – then it means that your attack is quality.

“We all know the Indian team was not the most respected when they travelled. They were very respected at home but now India on a world stage anywhere they play is a force to be reckoned with.”

Lara added that the Indian team was headed in the right direction but they had to win consistently and over a period of time to be considered one of the best teams ever, like Australia were under Steve Waugh and Ricky Ponting in the 1990s and 2000s, and West Indies were under Clive Lloyd prior to that.

“Well, those teams dominated world cricket… the West Indies in the ’70s and ’80s, the Australians in the ’90s and the early part of the 21st century. India has that capability,” Lara said when asked to compare. “Obviously at home they are very strong, they’ve always been very, very strong.

“They’re now travelling well, they’re playing abroad and beating oppositions, which is great. World cricket is a lot more competitive now, Australia, South Africa and England. So India will have to do it over a period of time, dominating all teams to be considered. But they are definitely a top cricketing nation at the moment.”

India have developed a formidable bowling attack in Tests. They have Bumrah, Shami, Ishant Sharma and Umesh as the frontline quicks, while R Ashwin, Ravindra Jadeja and Kuldeep Yadav make up the spin department. One area of concern for India over the last couple of years was not having a stable opening pair. With impressive starts to their Test careers for Mayank Agarwal and Prithvi Shaw, and now Rohit Sharma scoring centuries in each innings of his maiden Test as opener, the team management has more options to choose from in the near future.

“Indian cricket is heading in the right direction, I think it’s influenced by some of the best people so obviously they’re reaping the benefits of it.”

“I think Rohit Sharma is an awesome player in all varieties of the game,” Lara said. “Obviously in the limited-overs aspect he’s been all through successful. I don’t see any reason why he shouldn’t be in Test cricket. It seems like he has the passion to play, he wants to play [Tests], he wants to prove himself at that stage as well. To exclude a player like that will be very difficult, with the talent that we see in him. So hopefully, he can be successful. I think he’s got the gift.”

Kohli strengthened his case as one of the best batsmen of this era across formats with an unbeaten 254 against South Africa in the second Test, which India won, making it his 30th win as captain in only 50 games, and also closing in on Steven Smith as the top-ranked batsman in the format.

“He [Kohli] is the ultimate captain in terms of his performances, he leads by example in all aspects of the game, on and off the field as well,” Lara said. “And he came on after MS Dhoni. Obviously, he [Dhoni] laid the foundation, he did things a different way. So Indian cricket is heading in the right direction, I think it’s influenced by some of the best people so obviously they’re reaping the benefits of it.

“I think it stems from the role models. Sachin [Tendulkar] will talk about Sunil Gavaskar as his role model. I feel that in the ’90s, even though they weren’t amazingly successful, the likes of Sachin Tendulkar, Rahul Dravid, Sourav Ganguly, and what they did and stood for, it was a different sort of Indian cricket team coming in and moulding [mindsets] and trying to play good cricket all around the world and be successful.

“We all still reminisce about Sourav Ganguly taking off his shirt and the success that they had in Australia and in the Caribbean. The team now, using role models of the ’90s is showing how good they are and playing on various conditions around the world.”