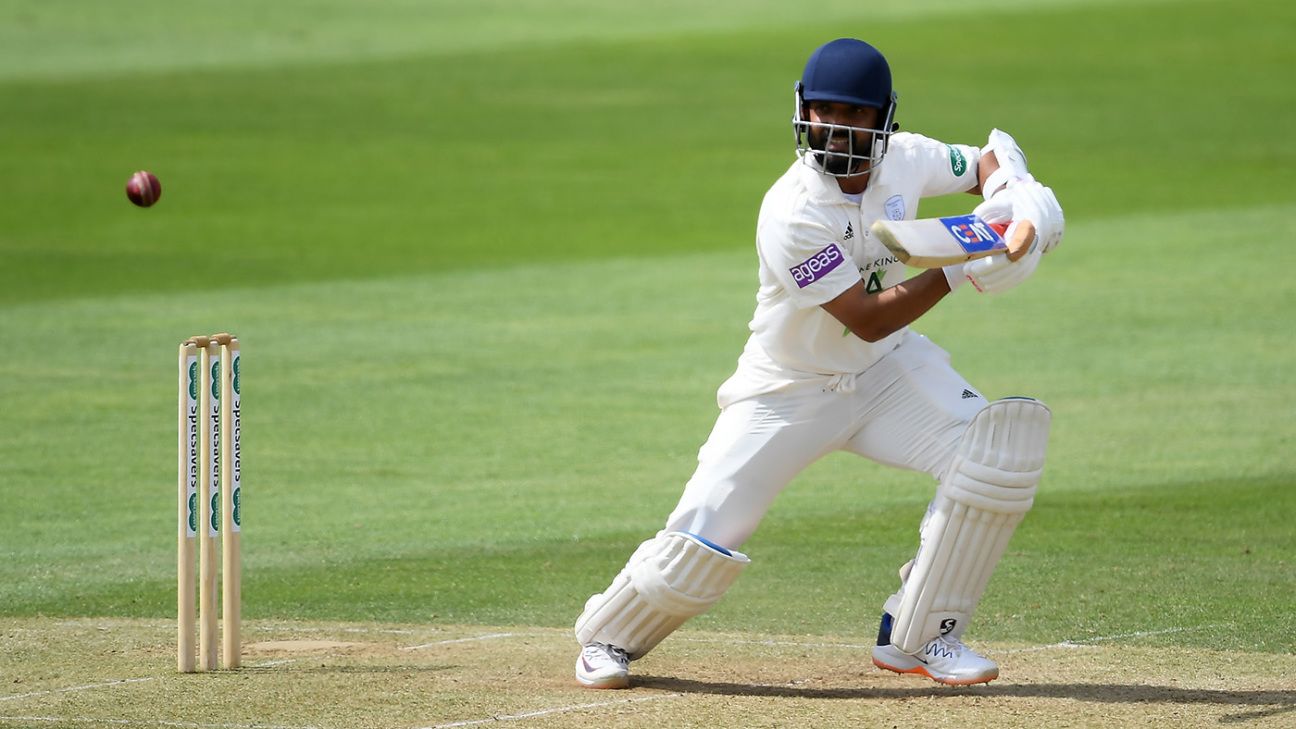 Despite an up-and-down 2018 in Test cricket and a difficult county stint this year, India’s Test vice-captain Ajinkya Rahane has received the backing of Virat Kohli, who reaffirmed that he was a “solid player”. Speaking before the USA and the West Indies tours, where India will play their maiden World Test Championship series, Kohli expected Rahane to “come around” as he has “done the job under pressure”.

Once a mainstay in India’s batting line-up, especially on away tours, Rahane was left out of the first two Tests on the South Africa tour last year before returning to the XI for the entire England and Australia tours, and the West Indies series at home. Throughout this period, Rahane didn’t look like the confident batsman that he had on away tours in 2014. Since his last Test century – 28 innings ago and spanning nearly two years – Rahane has made only five fifty-plus scores. He averages 24.85 during this period. Kohli believes there is no need to “jump the gun” on a player like Rahane because of the composure and the reliability he brings.

“Jinks [Rahane] has been a solid player for us through and through and that’s always been our communication,” Kohli said. “He is one of the most sorted guys. Really, really composed, reads the game well also, priceless fielder, we have all seen the impact he can make in Test cricket with his slip catching and everything. I think under pressure, he has performed really well. The guy averages 43 (40.55) in Test cricket, it’s not like he is in the early 30s. I don’t think we should jump the gun on someone like Jinks because he has done the job for you under pressure.”

Rahane had been the vice-captain for the 2018 South Africa tour too, but his Mumbai team-mate Rohit Sharma was preferred in the XI for the first two Tests because of “the way he (Rohit) was batting against Sri Lanka and in the ODI format, of course,” Kohli explained. On returning to the XI, Rahane scored a fighting 48 at No. 6 in the third innings of the Test, helping India secure their only win by 63 runs.

He then went on to score two half-centuries each in England and Australia but his averages in those series read 25.70 and 31 respectively, much below the standards he had set for himself at the beginning of his career. Since his 132 against Sri Lanka in August 2017, he has averaged below nine other Indian batsmen who have played at least ten innings during that period.

Rahane looked to first-class cricket several times during this phase: against England Lions before the England Tests last year, versus New Zealand A prior to the Australia Tests before, and a county stint this summer with Hampshire. The Hampshire stint began with a century against Nottinghamshire, his first in 39 first-class innings, but the joy was short-lived. He was unable to score a half-century in the remaining 11 innings and even bagged a pair against Essex, playing all of three balls in the match.

What lies ahead of him is a two-Test series in the West Indies, where the hosts’ fast bowlers have troubled many a touring team recently, and with Rohit breathing down his neck.

“It’s a patch that anyone can go through but I think he will come around because he is that good a player and when he does, we know he can be very consistent, Kohli said. “He is one of the pillars of our batting order that we can bank on. Him and [Cheteshwar] Pujara, as I’ve said, have been our most solid Test players. I am sure along with Puji playing so well, myself at No. 4, Jinks will also come into the groove and once he starts scoring, he can spring in scores on a consistent basis. We are not at all worried about where he’s placed. It’s about giving him confidence and he really wants to turn it around. That’s the most important thing and that’s all that matters.”