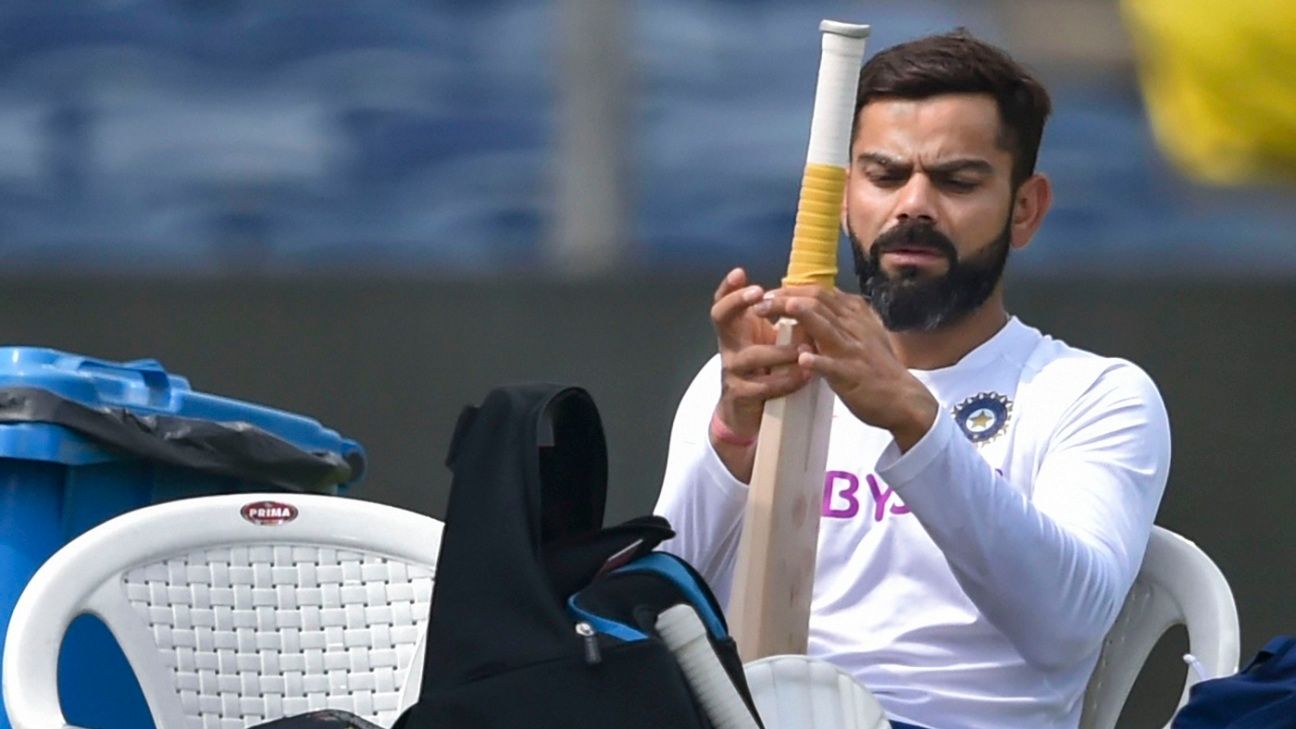 Virat Kohli wants India to play their home Tests at only five venues. He did not name them but said Test cricket in India should be distributed across “strong Test centres” as they are in other countries.

Kohli said this in response to a question about whether India should restrict the home Tests to the traditional big-city venues – Kolkata, Mumbai, Chennai, Delhi and Bengaluru.

India follow a rotation policy to allot their home games in all formats, and South Africa’s just-concluded tour took place at three venues that were each hosting just their second-ever Test matches: Visakhapatnam, Pune and Ranchi.

“We’ve been discussing this for a long time now, and in my opinion we should have five Test centres, period,” Kohli said, after the conclusion of the Ranchi Test. “I mean, I agree [with] state associations and rotation and giving games and all that, that is fine for T20 and one-day cricket, but Test cricket, teams coming to India should know, ‘we’re going to play at these five centres, these are the pitches we’re going to expect, these are the kind of people that will come to watch, crowds’.

“So that becomes a challenge already, when you’re leaving your shores, because we go to any place, we know we’re having four Test matches in these venues, this is what the pitch is going to offer, it’s going to be a full stadium, the crowd’s behind the [home] team, and look, you want to keep Test cricket alive and exciting. I totally agree with the fact that we need five Test centres at the max.

“It can’t be sporadic and spread over so many places where people turn up or they don’t, so in my opinion, absolutely. You should have five strong Test centres that teams coming to India know that this is where they’re going to play.”

England play most of their Test matches at their six traditional venues – the two London grounds Lord’s and The Oval. Birmingham, Manchester, Leeds and Nottingham. Australia play the bulk of their home Tests in six cities too – Melbourne, Sydney, Adelaide, Brisbane, Perth and Hobart. In both these countries – and in South Africa and New Zealand as well – there is usually a set order to which cities host which Tests; The Oval always hosts the last Test of the English summer for instance. Also, in the Southern Hemisphere, traditional dates are fixed for certain venues to host their Tests, such as Boxing Day at the MCG or Durban, and the New Year’s Tests in Cape Town and the SCG.

India, in contrast, spread their Tests all over the country. They’ve played home Tests at 27 venues overall, and 18 grounds since the turn of the millennium. The major venues have usually hosted the most Tests in this period, but, as Kohli said, sporadically. Mumbai and Chennai, for instance, haven’t hosted any Tests since late 2016.

Crowds for Test cricket at newer venues in smaller cities and towns has been a talking point for quite a few years, though there isn’t a clear pattern to suggest that Tests at all such venues are poorly attended. The three grounds that hosted the series against South Africa are all located at a fair distance from the city centre, and the facilities at some of the grounds aren’t particularly spectator-friendly – three-fourths of the stands in Pune, for instance, don’t have roofs. Still, though there were no full houses, there was a decent turnout on most days in Visakhapatnam and Ranchi, and over the weekend in Pune.