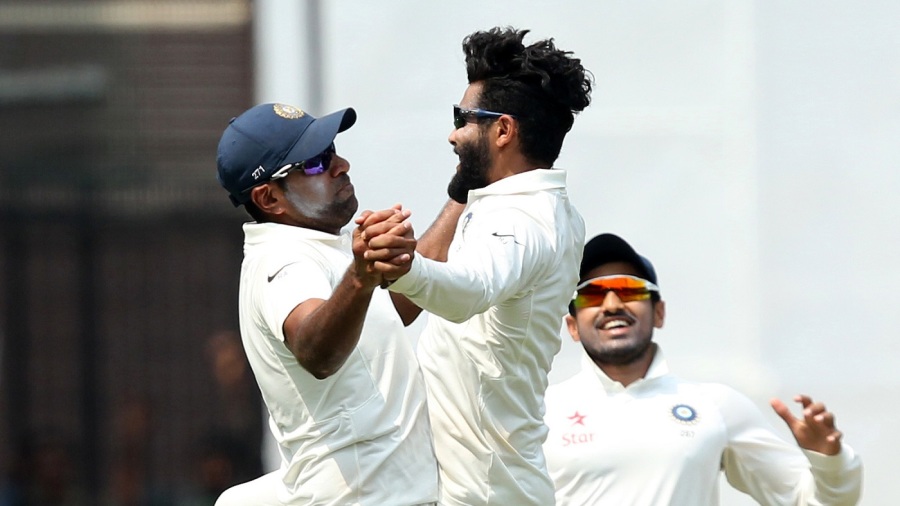 West Indies crossed 300 twice, with a highest of 415, during their historic series win over England to regain the Frank Worrell Trophy earlier this year. On the evidence of what we saw in Antigua, they did not even give themselves a chance to make half the batting impact they had in that series (their run of scores: 289, 415, 206, 17 for no loss, 154 and 252).

As was the case then, the bowling seems to be coming along well. Kemar Roach 2.0 is often in unplayable territory with the new ball, Shannon Gabriel has cranked up pace and intensity while a fit-again Keemo Paul, coming in for Miguel Cummins, has proved to be more than just a support bowler. The same cannot be said about the batting; their inability to stick around and fight at the slightest hint of being under pressure being exposed repeatedly.

For inspiration, they only need to look back to the 2016 Jamaica Test. Playing in only his second Test, Roston Chase stonewalled India on the final day as West Indies sneaked out an honourable draw. That resolve they would do well to emulate against a formidable bowling attack that is showing no signs of letting up.

India are faced with the R Ashwin question. Ravindra Jadeja has done enough to enhance his reputation as a Test batsman over time, and sent down overs of fast left-arm spin like the way he does – fast, with some bite as the surface tires – but surely, Ashwin’s 24 wickets in seven overseas Tests at 30.16 in 2018 present a compelling case?

Two of his three Test centuries came on the previous tour of the West Indies and a stint in county cricket earlier in the season is enough evidence of Ashwin being match ready. As things stand, India will need to ask themselves if they want to play two spinners, and possibly leave out Mohammed Shami, or play one of Ashwin and Jadeja and three pacers.

KL Rahul’s Test berth was hanging by a thread until it was somewhat revived by Prithvi Shaw’s dope suspension and India’s long white-ball season, where he struck some kind of form. In Antigua, he made scores of 44 and 38. There are two ways of looking at this: he got off to starts or that he didn’t convert. What he did right, though, is that he got into better positions, seemed to have better balance and did not dangle his bat out indecisively. The second Test is another opportunity to correct that and produce a big knock.

Kraigg Brathwaite’s got a defensive game that borders on the unorthodox. Not many opening batsmen get square on the way he does, and yet find a way to blunt bowlers day in and day out. But he hasn’t scored a century for 17 innings now. Against a quality attack, they need him to blunt the new ball and allow the middle order the luxury of coming in without having to rebuild. Maybe, he can draw inspiration from his previous Test visit to Sabina Park, where he made the last of his eight Test hundreds.

Hanuma Vihari’s 93 is sure to keep Rohit Sharma on the bench again, barring a last-minute injury shuffle. India could also consider bringing in R Ashwin for Mohammed Shami and play two spinners-two pacers.

West Indies will make a forced change, with Keemo Paul replacing Miguel Cummins. They may consider strengthening their bowling by possibly looking at the uncapped Rahkeem Cornwall in place of Shamarh Brooks.

“Grass. We want no more spin,” a member of the groundstaff told ESPNcricinfo on match eve. The extent of greenness and how it’ll play will only be seen on match day, though. Would they really want to risk exposing their batsmen to India’s pace attack, then? It’ll be a brave call should it come down to that. For the record, West Indies’ fast bowlers picked up 18 of the 20 wickets to fall when they last played Test here, where Bangladesh were beaten inside three days.

Mushfiqur Rahim ‘won’t change’ his mind about Pakistan tour
Fantasy Picks – Healy and Perry are due, back them to fire
Islamabad United bowl; Samit Patel, Faizan Khan in for Lahore Qalandars
R Ashwin hopes to get back to batting more instinctively
All-pace attack always an option at bright-green Hagley Oval