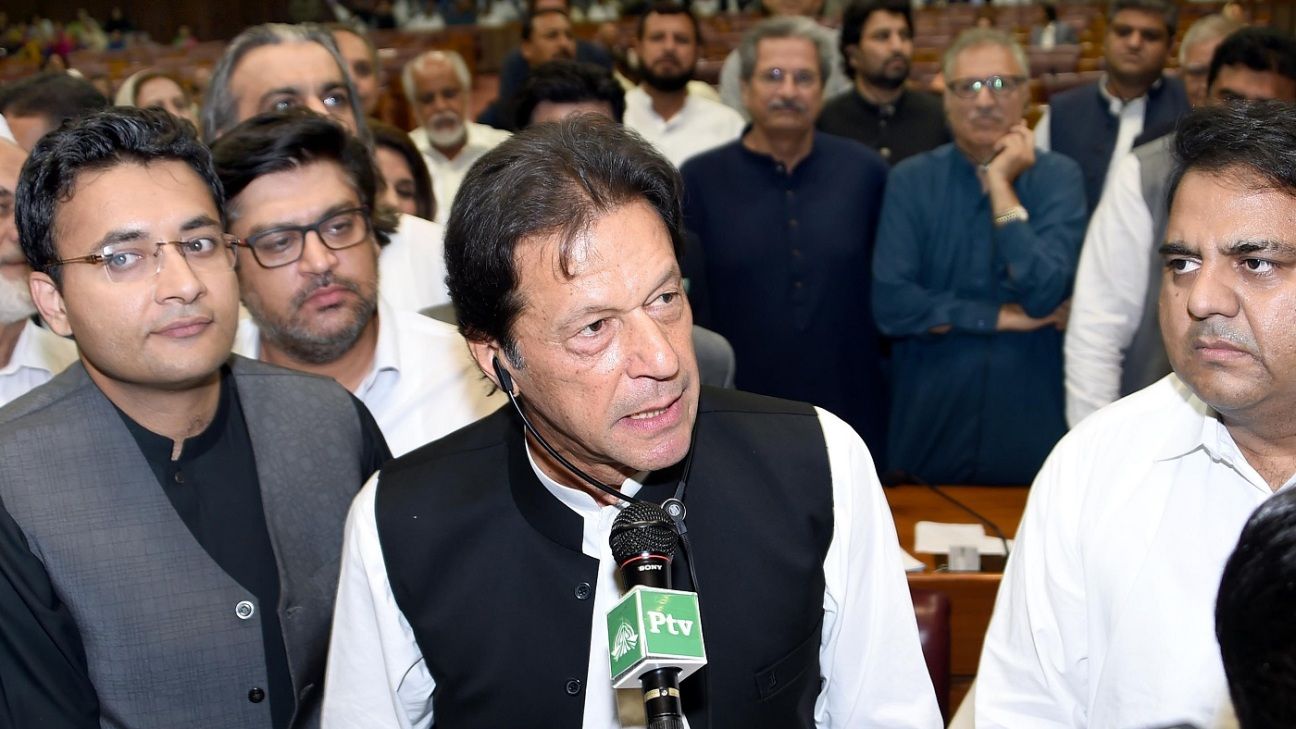 Imran Khan, the Pakistan prime minister and patron of the PCB, has rejected the board’s new proposed domestic cricket model, insisting that departments should have no role in the game.

The PCB put together a model in which department teams such as HBL, WAPDA and PIA would remain relevant stakeholders alongside regional sides – although initially even the PCB had decided to strip departments of their playing rights. But this idea was knocked down by Imran, who does not want departments in the system in any capacity. He has instead directed the PCB to rework the structure to include just six provisional teams – two from Punjab, and one each from Sindh, Khyber Pakhtunkhwa, Baluchistan and Gilgit-Baltistan.

Imran was a strong advocate of a domestic structure with only regional sides for much of his playing career, enamoured especially by the Australian Shield Cricket structure. There are many now – as there were then – who believe such a model will work in Pakistan, where the population is nearly nine times that of Australia. The prime minister believes that the sizeable talent in the country must not be allowed to go to waste, with it being the PCB’s responsibility to provide a conducive environment for that talent to flourish. He was also concerned about the exodus of cricket talent over the years.

With all this in mind, a PCB task team worked out a plan to reduce the number of regional teams in the system, but also kept the departments alive, making them sponsor of the regional teams and in effect, giving them a significant role in the domestic circuit.

A presentation on the new model was prepared by Haroon Rasheed, the PCB’s director of domestic cricket. A team of PCB officials then called on Imran for a briefing. While the model came close to what Imran had asked for, the role of the departments in any capacity was instantly ruled out.

The proposal was based on a structure that included eight regional teams, either from a city or from a province, while the various departments like HBL, WAPDA and PIA – long the backbone of Pakistan’s domestic cricket – were constituted to finance each region. The idea behind this proposal was to make each region self-sufficient, with funding from both the PCB as well as the departments.

The PCB confirmed such a meeting had taken place, but sought to downplay any rift between the prime minister’s objectives and the PCB’s, telling ESPNcricinfo they had been proceeding in accordance with Imran’s directives.

There are currently 16 teams on the domestic circuit playing in the Quaid-e-Azam Trophy – eight from the regions and eight departments. The new model aimed to cut down the number of top-tier teams to just eight, with only the regional sides allowed to play first-class cricket.