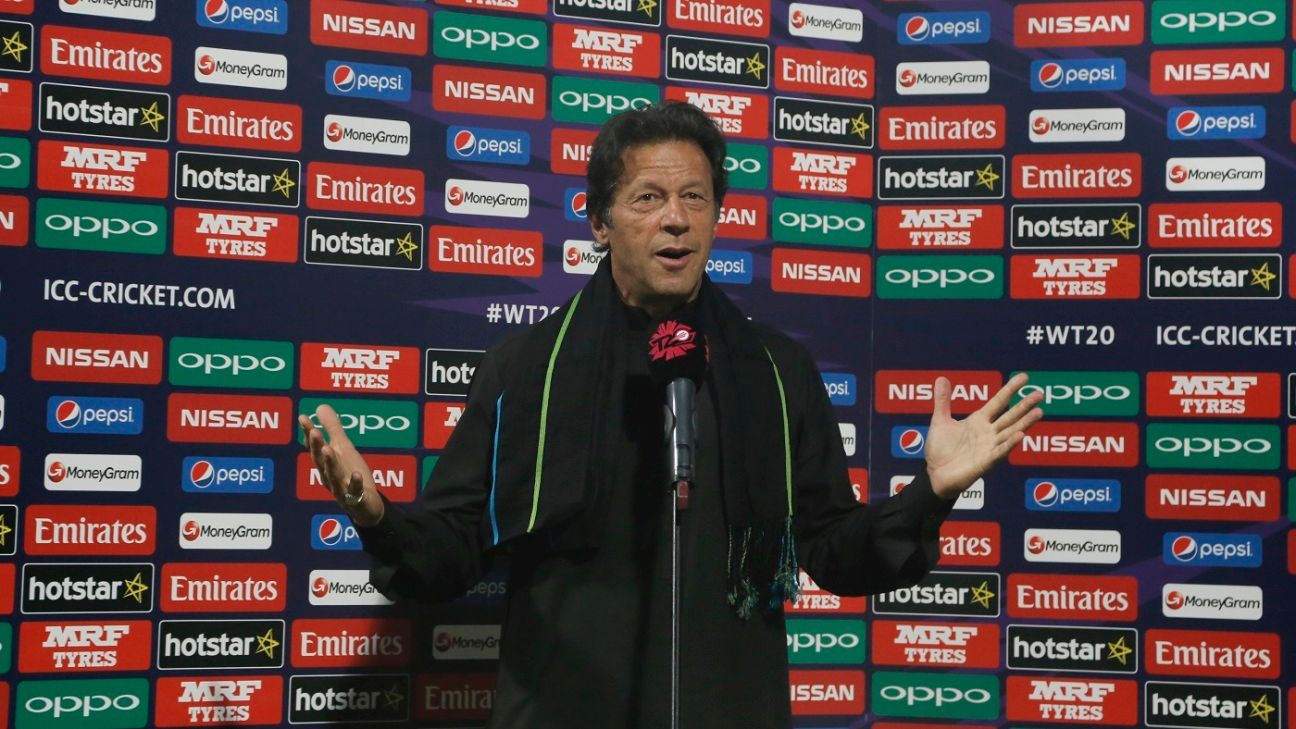 Former Pakistan captain Imran Khan believes Sarfaraz Ahmed‘s axing does not necessarily spell the end of his international career. Imran, who is currently Pakistan’s prime minister, has almost completely stayed away from any public comment on the nation’s cricket team since he took over the top job. But, taking a weekend off from political duties, he touched upon a number of recent developments in Pakistan cricket, also backing the embattled head coach and chief selector Misbah-ul-Haq to come good.

“I don’t think the performance and form of a player should be judged by T20 cricket but through Test and one-day cricket,” Imran said. “He can come back to the national team, but right now he should focus on domestic cricket.”

Sarfaraz Ahmed was relieved of his duties as Pakistan captain last month in all three formats after a sustained drop in both personal form and the team’s fortunes in all three formats. He also lost his place in the T20 and Test squads for Pakistan’s tour of Australia, and has spent the last three weeks captaining Sindh in the Quaid-e-Azam trophy, where, with 92 runs in four innings, his batting returns have been somewhat modest.

Imran threw his weight behind Misbah, praising both his integrity and ability. “It is a constructive move to appoint Misbah as he is an honest and unbiased person who has loads of experience behind him. I think Misbah will turn out to be a good choice and Pakistan will improve and do well in Test and ODI cricket under him. He has this talent in him that he can groom the players and also improve their performance.”

Imran also expressed confidence in the revamped domestic structure – which he had himself heavily championed – backing it to produce long-term results that improve performances of the national side. “If our domestic cricket improves, then Pakistan cricket will also move forward.”