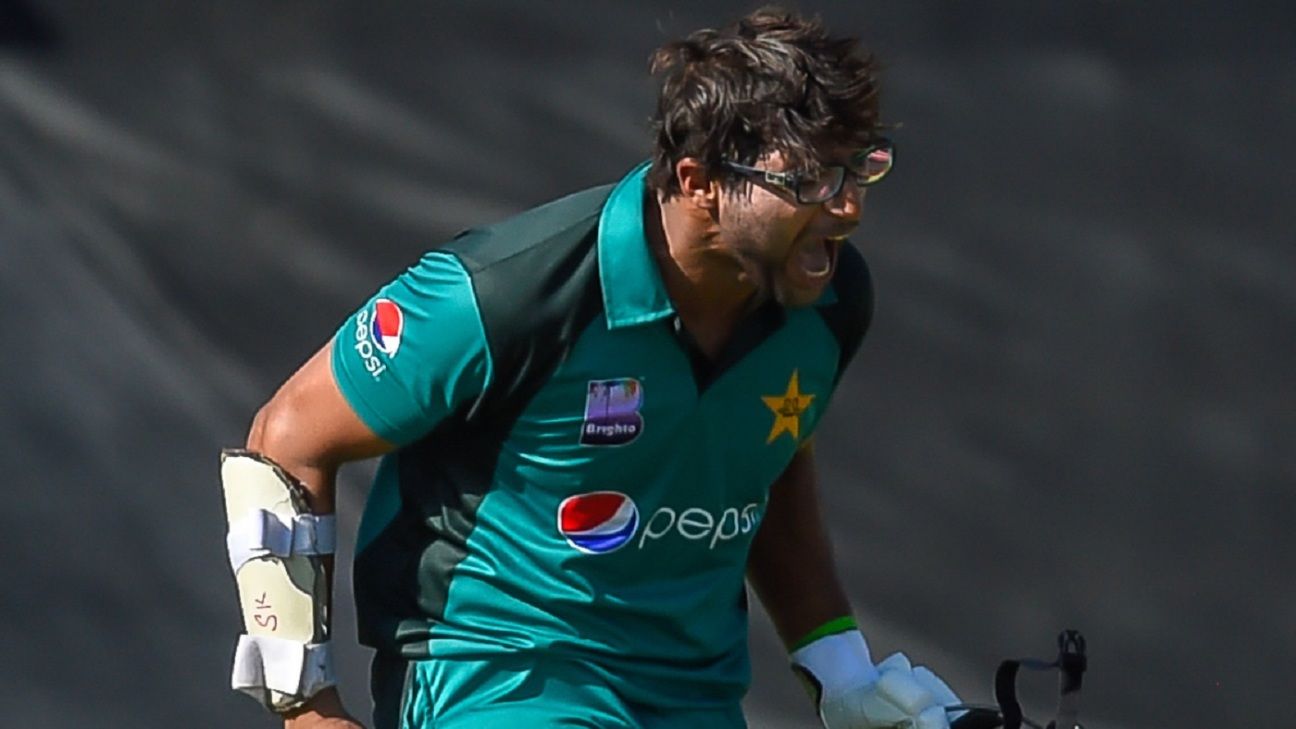 Imam-ul-Haq has been more or less a permanent fixture in the side for over a year, but talk of his close relationship with chief selector Inzamam-ul-Haq shows no sign of abating. On this occasion, it was Imam himself who chose to bring it to the spotlight following a fiery reaction, after the opener reached his fifth ODI hundred.

When Imam got to the landmark with a cut through point off Tabraiz Shamsi in the third ODI at Supersport Park, he removed his helmet, locked eyes with the changing room and made a yapping gesture with his hands before putting his finger to his lips, as if to silence someone. Two balls later, he holed out at deep extra-cover for 101, but by the end of the innings, it was obvious his burning sense of injustice continued to rage.

When asked by commentator Mike Haysman about the message he had wished to convey, Imam said, “[That gesture was about] my selection and all that stuff. I am the nephew of the chief selector. To all the people who criticised me over the years, the media and the people, I want to thank them. This has been possible because of them.”

Imam has previously spoken of his irritation at the suggestion he owes his place in the side to nepotism. Speaking to ESPNcricinfo last year, he said that suggestion had “really pissed me off”, insisting he had earned his place in the side as much as any other player. Murmurs about his famous uncle and the role he played in getting Imam to the Pakistan side have never quite gone away, though Inzamam has repeatedly claimed he did not push for his nephew’s inclusion.

Having been called up to make his international debut in an ODI against Sri Lanka amid immense scrutiny for the same reasons, Imam became the second Pakistan player to score a hundred on ODI debut. He followed it up with another three in the five-match ODI series against Zimbabwe last year. Friday’s century means he now has five centuries and four half-centuries in 19 ODIs. Imam reached another landmark in Centurion, becoming the second fastest to 1000 ODI runs – behind only his opening partner Fakhar Zaman.

Imam has put a challenging Test series behind him in the first three ODIs, following up his 86 in Port Elizabeth with a hundred. Against the red ball in South Africa, he had found batting a struggle, managing 149 runs in six innings at 24.83. He also made a point of thanking the coaches for helping him stay strong, and without whom he said it would be “difficult to stand here”.

“The support staff has backed me throughout to go out and just perform. I want to thank [batting coach] Grant Flower and coach Mickey Arthur for supporting me, too. It was a very special hundred. Coming to South Africa, we believed we could win.”