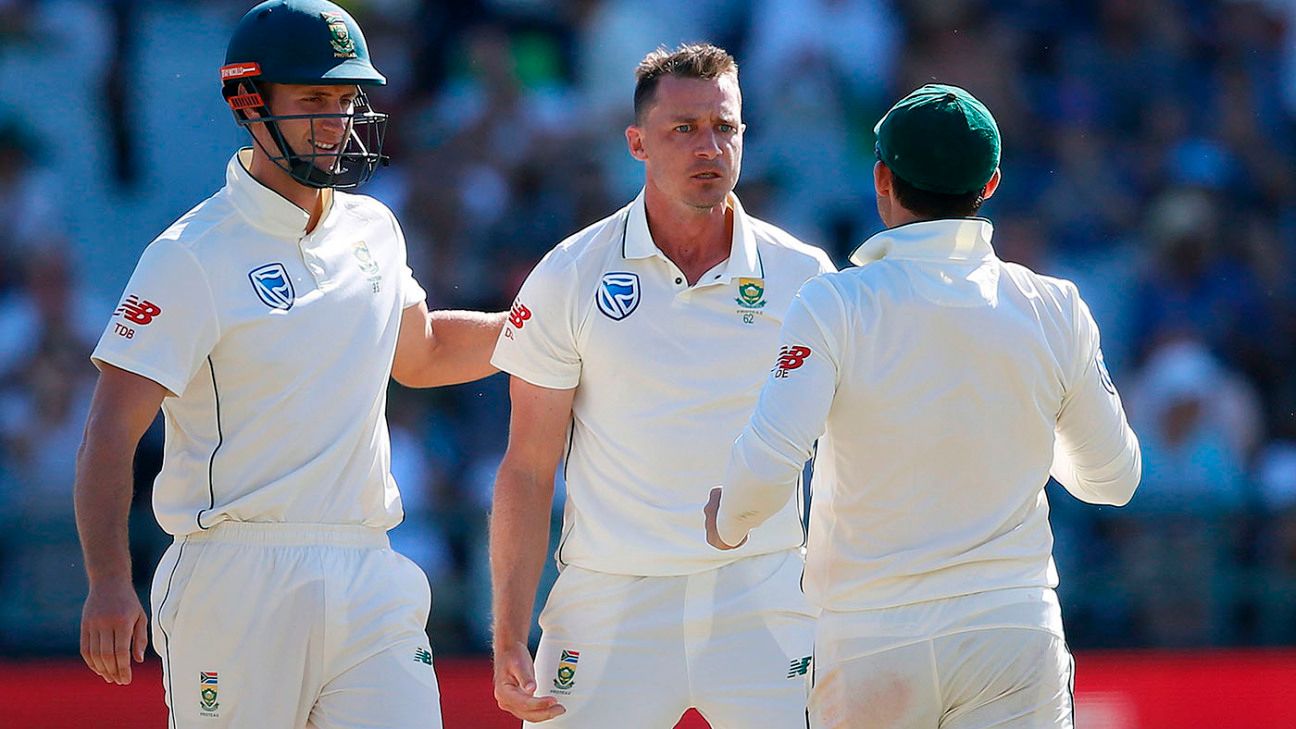 Against Pakistan Dale Steyn was consistently clocked at speeds in the mid-140kph range, for the first time in years. Now, against Sri Lanka, he has delivered a long, fast spell.

Following an eighteen-month period – between the end of 2016 and mid 2018 – where Steyn could play only one Test due to repeated serious injury, he feels as if he is back to near his best. Just as importantly, perhaps, he is having fun with his bowling again – his outswingers humming, and his bouncers as menacing as ever.

After taking 4 for 48 in the first innings in Durban, delivering an unbroken 10-over spell as he searched for a fifth wicket, and passing Kapil Dev on the all-time wicket-taker’s tally, he reflected on what has felt to him like a new beginning.

“After not playing for two years, I feel like it’s a blessing to just be playing again. I’ve almost had to start over. I’m not on 430-odd wickets, I’m on 20 since breaking Shaun Pollock’s record. It’s nice to finish a three-Test series against Pakistan and not have someone write: ‘He’s an injury away from retiring.’ It’s nice to contribute again. Hopefully I can continue this for longer.

“I don’t have all the skill in the world. I’ve got to bowl at a high pace consistently”

“When I’m bowling 10-over spells, it shows I’m enjoying what I do. I could take the easy option, take 4 for 30 and go and stand at fine leg and tell someone else to do it. But it’s fun. It’s fun taking wickets. It’s fun hitting guys on the head. As long as nothing serious happens.”

Pace, he said, is vital to what he does. And getting those speeds back into the realms of the express quick bowler, was a sign that he has more to give.

“The moment I can’t bowl 140-145 kph, and on a good day touch 150 kph like in fast Australian wickets, then you’ve got to ask yourself the question: How good am I? I’ve got to be honest – I don’t have all the skill in the world. I’ve got to bowl at a high pace consistently, over a long period of time. With a little bit of skill – I can shape it away, and I can bring it back in. You’ve got to be smart about when to bowl a bouncer, when to bowl a yorker, and when to bowl a slower ball, and that’s what experience is. After 15 years, I’ve got some of that.”

Steyn’s marathon spell at Kingsmead was partly the result of his searching for his first five-wicket haul since August 2016. He didn’t get there in the end – Dean Elgar dropping a straightforward catch that would have been Steyn’s fifth scalp. But he felt that right through that spell, he was on the cusp of taking wickets.

“Today was a day where I felt there was a wicket there all the time. I just felt like it was there for me, so I just kept going. When they were eight down, I didn’t want Vern [Philander] or Kesh [Maharaj] to come out and bowl a loosener and go for four or six. I thought: ‘I’m going to carry on bowling here until the captain says he’s had enough.’ He had had enough after I had my sixth [over], but I kept begging, and got what I wanted.”