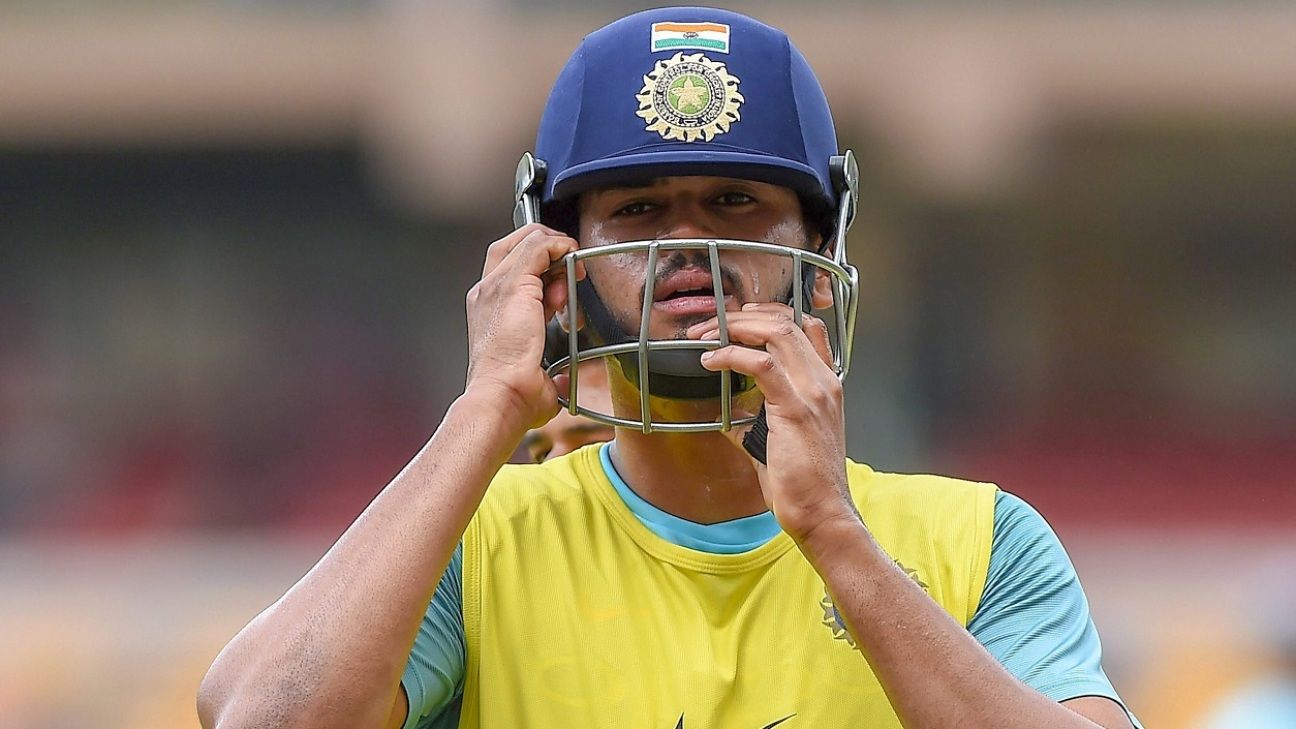 Shreyas Iyer has an opportunity to end India’s search for a reliable ODI No. 4 as they head to the Caribbean, where he has had recent success with the India A side. But he wants to have some sort of continuity in the side, because “getting in and out of the team doesn’t create a good pattern.”

“If you are really a good talent, then you need a certain amount of chances to prove yourself and get acclimatised to the conditions,” PTI quoted Iyer as saying. “If you keep coming in and going out [of the team], it doesn’t really set a good pattern for one’s self and you start disbelieving yourself. If you are a great talent, then you need some time.”

Iyer, who at 24 is among India’s most consistent domestic performers, made 187 runs at 62.33, including two half-centuries in four innings, for India A during their 4-1 unofficial ODI series win in the Caribbean earlier this month. In April and May, Iyer played a key role in steering Delhi Capitals to their first IPL play-off spot since 2012, impressing not just with his run-making but also his leadership under head coach Ricky Ponting.

In December 2018, Iyer admitted to being “emotionless” after being overlooked repeatedly despite consistent scores. He was part of India’s T20I squad against Australia in March, but couldn’t break into the XI. Iyer admits it’s only natural to lose patience, but wants to try and put past frustrations behind him.

“Yes, you tend to lose patience but selection is not in your hands,” he said. “All you can do is perform, perform and perform and that is what I enjoy doing. You have to keep performing and keep showing people that you are capable of playing at the higher league. Once you get that sniff, you never look back.”

Iyer also said “it was difficult to not get selected” for the World Cup, but wants to build towards the next edition through his consistency.

“It was my dream to play the World Cup for my country. I know there are a few opportunities that I got but unfortunately the team combination was such that it didn’t demand me to be there.

“There was a lot of buzz about me before the World Cup selection because I was consistent and aware about the hard work and smart work that I had put in. It will definitely reap benefits and help me in future when I play for India. I just kept myself positive and always in high spirits. It didn’t disturb me from inside at all. It was a dream to play the World Cup and I will play for sure in the future.”

Iyer’s strength is his back-foot game, and he is quite a good puller of the short ball, an area he admits to have worked on with Ponting. For now, as he gears up for a second wind of sorts, he believes the familiarity of having played in the West Indies will help him.

“The A tour has always given me an opportunity to prove myself in the higher league as this is the stepping stone,” he said. “I was in West Indies for the List A series and I had an idea of how the pitches play and also it’s so hot out there that you need to keep yourself hydrated. These are little things that you learn as you start playing.