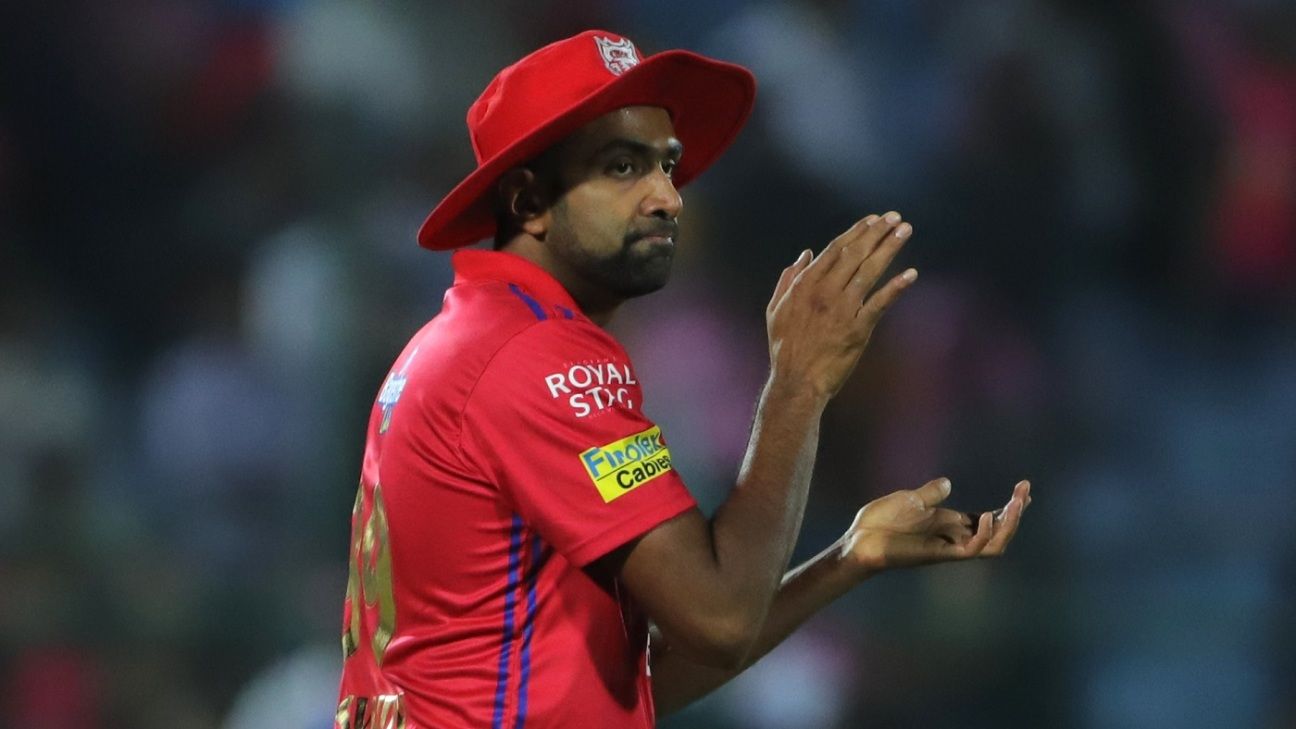 R Ashwin has defended his decision to run out Jos Buttler at the non-striker’s end during the IPL 2019 match between Rajasthan Royals and Kings XI Punjab, saying his ‘conscience was clear’.

Opinion had been divided on whether Ashwin acted by the nebulous ‘Spirit of Cricket’ when he removed the bails before completing his bowling action, with Buttler having taken a few steps outside his crease. The mankading dismissal stood after being referred to the third umpire. Buttler gesticulated angrily while walking off, and said later that the law on this was ‘wishy washy’ and that he thought he shouldn’t have been given out.

“There is nothing to defend,” Ashwin said, speaking to the Aaj Tak TV channel. “As I said in the press conference that day, it happened instinctively, it was not a plan that ‘Buttler will go outside (the crease) and I have to get him’. Although he did do it four or five times. They didn’t want to take risks against my bowling that day, so what they were doing was pushing the ball on the legside and trying to take twos. I saw that he’d done it (backing up too far) four or five times, and it’s there in the rules that if the batsman goes out of his crease, you can run him out. It’s the batsman’s responsibility to stay behind the crease.

“The most important thing for me is what is my conscience saying, and my conscience is clear,” Ashwin added. “Those who know me well know that I will never do something illegal. You can’t say that ‘Ashwin is a villain because of this’. Because this is not my character trait. You don’t tell someone who has hit a bowler for 30 runs in an over that he is not a good person. He will hit the bowler, that’s part of the game. And whatever rule is there in the game, I took advantage of that. I’m not denying I did that, but that’s the rule. If someone doesn’t like it, and you think it doesn’t fit into ‘sportsmanship’ in cricket, then you should remove the rule. As long as the rule is there… see our (bowlers’) foot can’t go beyond the line. Even the line belongs to the batsman. And in this rule, the only thing is the bat should stay in the crease. The batsman still gets two yards, he can be outside the crease, with his bat inside.”

Ashwin, the Kings XI captain, ended the game with 1 for 20 in four overs as Royals collapsed in their chase to lose by 14 runs. Ashwin gave the analogy of a theft being wrong even if it was for one rupee, while also harking back to the Under-19 World Cup in 2016, in which Keemo Paul – currently part of Delhi Capitals – had used the tactic to win a crucial game for West Indies.

“The only factor which sort of makes me uncomfortable is how the bowling community is being victimised,” Ashwin was quoted as saying by Aaj Tak‘s sister website India Today, in further excerpts from his interview. “Why isn’t a bowler allowed to bowl a no-ball as a repeat offender? If I have to bowl the ball within the 22 yards, why is the batsman allowed to steal a few yards on that? I am sure there have been debates about how far he was down the ground. But, I think even one rupee is still a theft.

ALSO READ: The spirit of cricket is not a substitute for the laws

“Even if you look at what happened to Keemo Paul, he was victimised till the end of the Under-19 World Cup… I have to inform which side of the wicket I am bowling from, I have to bowl from behind the crease, the line belongs to the umpire, the line sometimes belongs to the batsman – the inner half of it, he can stand right-handed and hit me left-handed, he can make a switch hit and he can actually walk down the pitch and hit me too. What about the spirit of the game when it comes to bowler’s psyche?”

The dismissal drew particularly sharp criticism in Buttler’s home country England, with James Anderson even putting a photo of Ashwin through a shredder as part of a talk-show programme. Ashwin, however, said the stunt hadn’t bothered him.

“I was not all disturbed. Like I said, my conscience is very clear. So I decided that whether I get negative or positive opinions on this, I won’t let it affect me. Because it is their opinion, it doesn’t reflect my character or my game. Today Jimmy Anderson might feel that whatever I did was wrong, tomorrow he might end up doing it.”