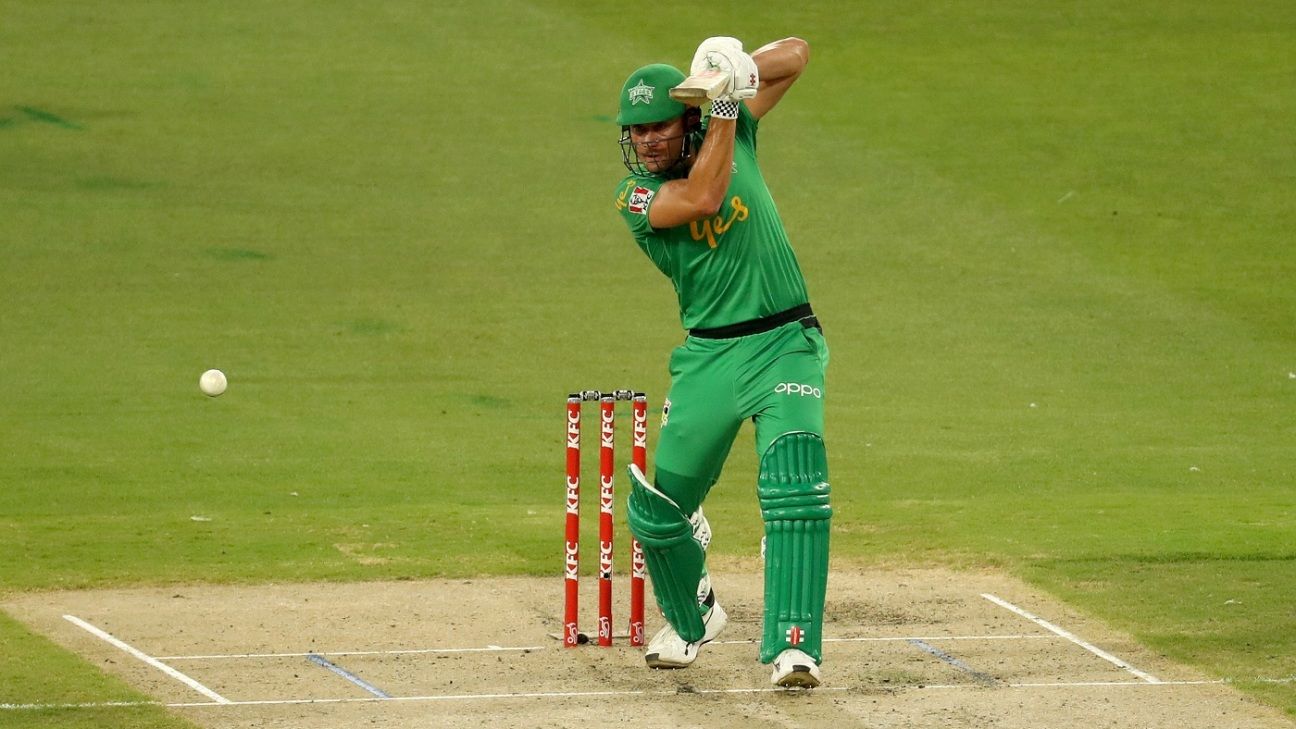 Melbourne Stars coach David Hussey thinks allrounder Marcus Stoinis should play for Australia in all three formats, such is his value and versatility as a cricketer.

Stoinis was Player of the Tournament in the recently concluded Big Bash League, setting a new tournament record with a tally of 705 runs, including a record individual score of 147 not out against eventual champions, the Sydney Sixers, at the MCG.

Stoinis was overlooked for Australia’s limited-overs tour of South Africa, and has not been a part of the Australia side since the 2019 World Cup.

In a wide-ranging interview on ESPNcricinfo’s Stump Mic podcast, Hussey acknowledged how difficult a job it is for the selectors given the multitude of talented top-order players Australia have in T20 cricket and praised coach Justin Langer and the selectors for the job they are currently doing with the team in the lead-up to the T20 World Cup.

But he said if he was in their shoes, he would have Stoinis in the Australia team in all three forms without hesitation.

“He’s probably one of the best allrounders going around in T20 cricket and probably the longer form of the game as well,” Hussey said. “If I was a selector of Australia, I think he’d be playing Test match cricket and one-day cricket and T20 cricket for Australia. He’s that talented, he works hard, and is a great team man.”

Stoinis was overlooked for a second time, when Stars team-mate Glenn Maxwell was ruled out of the South Africa tour due to an elbow surgery with D’Arcy Short getting the nod. Short was not selected to play in the first two matches of the series.

Australia’s selectors believe Stoinis is better suited to opening in T20 cricket rather than batting in the middle order, and that he would not displace Australia’s preferred top three of Aaron Finch, David Warner, and Steven Smith.

David Hussey is effusive in his praise for Marcus Stoinis

Hussey believes, however, that Stoinis should not be pigeon-holed as an opener in T20 cricket.

“Marcus is so adaptable,” he said. “He plays in the middle for WA in four-day cricket and one-day cricket and does very well for them. He’s batted in the middle order for the Stars for a few years until he got cattle-prodded up to the top of the order, which he’s excelled at. He’s a great fielder, he’s a great bowler, he’s a great team man. Whatever the coach asks, he’ll do it to the best of his ability and he would fit into any team and dressing room.”

Stoinis was selected to play for Australia A against the England Lions in the four-day match at the MCG which concluded on Tuesday, but withdrew due to a shoulder issue.

Hussey spoke on a number of other topics, including the Stars’ finals failure, the BBL tournament on the whole, and his upcoming role in the IPL as an assistant coach under Brendon McCullum at the Kolkata Knight Riders.

He also believed BBL teams should have access to three overseas players instead of two, with the third coming in via a marquee draft.

“Maybe 15 of the best overseas players who commit to playing the Big Bash for the whole tournament, and then have a draft,” Hussey said. “So the Renegades get the first pick, Sydney Sixers get the last pick and you get one overseas player which CA pays for and I think that would work wonders. We desperately need heroes back in the game. My kids, they love Glenn Maxwell, they love Dale Steyn, so we want them playing in front of packed houses.”