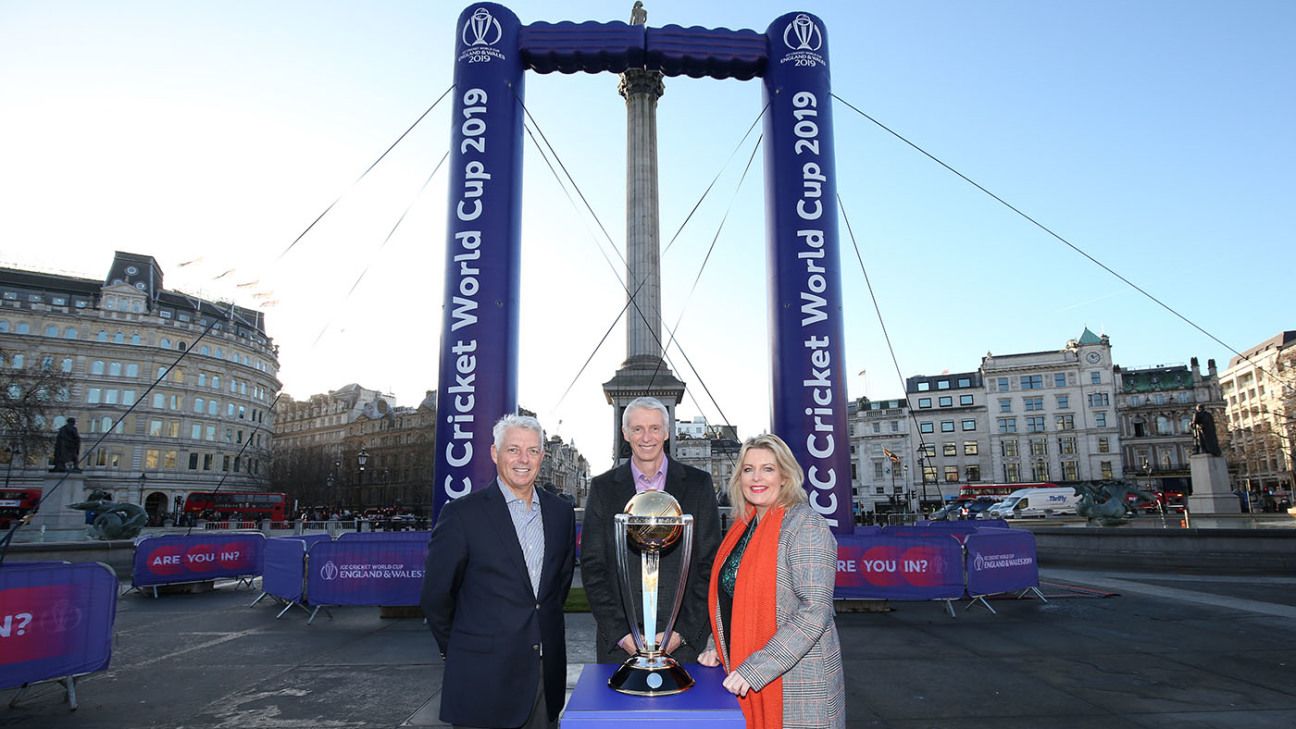 The ICC and the 2019 World Cup organising committee remain confident that the tournament’s biggest match, to be played between India and Pakistan on June 16 in Manchester, will go ahead despite the volatile situation between the two countries in the wake of a terrorist attack in Kashmir last week.

With the World Cup starting in exactly 100 days, there are have been scattered voices that want India to boycott the group match against Pakistan. The fixture itself remains the biggest game of the tournament: nearly half a million applications for tickets poured in as soon as the ICC opened its ballot. Even the World Cup final, to be played on July 14 at Lord’s, paled in comparison with about a quarter of a million applications.

Although neither board has made a public comment, internally top officials from both the BCCI and PCB agree that it is too far-fetched right now to predict the situation in June. The ICC’s quarterly meetings take place in Dubai next week, where representatives from both boards will have a chance to conduct discussions in person.

David Richardson, the ICC’s outgoing chief executive officer, said that “no indications” have been sent from either board about the World Cup clash not taking place. “We haven’t written to the boards as yet,” Richardson told ESPNcricinfo in London, where he was present to mark the 100-day countdown to the tournament. “Our thoughts are with the people that were impacted by the incident. And we are monitoring the situation with our members including the BCCI and PCB. Certainly there are no indications any of the matches, including the Pakistan-India match, will not be played as planned at the World Cup. But as I say we will continue to monitor the situation.”

This is not the first time the fate of an India-Pakistan match at a global event has been called into question due to the fragile relations between the two neighbours. However, Richardson remained optimistic. “Sport, and cricket in particular, is perfectly placed – it has the wonderful ability to bring people together to unite communities. And hopefully cricket can be used in this fashion rather than a way of [dividing] people.”

For Steve Elworthy, the World Cup tournament director, the India-Pakistan contest will be a marquee occasion. “It is probably one of the biggest sporting events in the world,” Elworthy, the former South Africa fast bowler, said. “You think of that match and you think of the passion, the support, the audience, the [number of] people who applied for tickets.”

Elworthy was also the tournament director for the 2017 Champions Trophy, where India and Pakistan played each other twice including the final where Sarfaraz Ahmed’s team won convincingly. It only increases the needle for the Old Trafford match on June 16.

And that can be seen in the record demand for tickets, which Elworthy pointed out was significantly bigger than for the final. “That particular game, we had over 400,000 applications for tickets, which is an incredible number. The stadium only holds 25,000 people. So there are a number of disappointed people. That’s just locally, but [there is also] the audience globally.

“To put that [number] in perspective, England v Australia was around 230-240,000. And the final was around about 260-270,000 applications for tickets. So that gives you a bit of perspective for the demand for this match [India v Pakistan]. It’s a big game. They could end up playing each other in the final [too], you never know.”

In the scenario where one team decided to forfeit the match, Richardson said the ICC would open the rule books to ascertain the repercussions. “There is justifiable non-compliance and unjustifiable,” he said. “That we will have to deal with under the playing regulations.”

But neither Richardson nor Elworthy are currently too concerned – both said they would not be having any sleepless nights. Not yet. Elworthy even afforded a big smile when asked who he thought would win the game.

“Good question,” he said. “We’ve had them play a couple of times against each other, haven’t we? And Pakistan won the last one about 18 months ago. That was an incredible game, down at The Oval. But then, India have beaten Pakistan in the group stages. They are very balanced teams. It is very hard to choose because it is just that passion, that rivalry that you can’t really account for. And when they get on to the field what takes players over, what drives them, and motivates them. So whatever the result we are going to see an incredible game of cricket.”