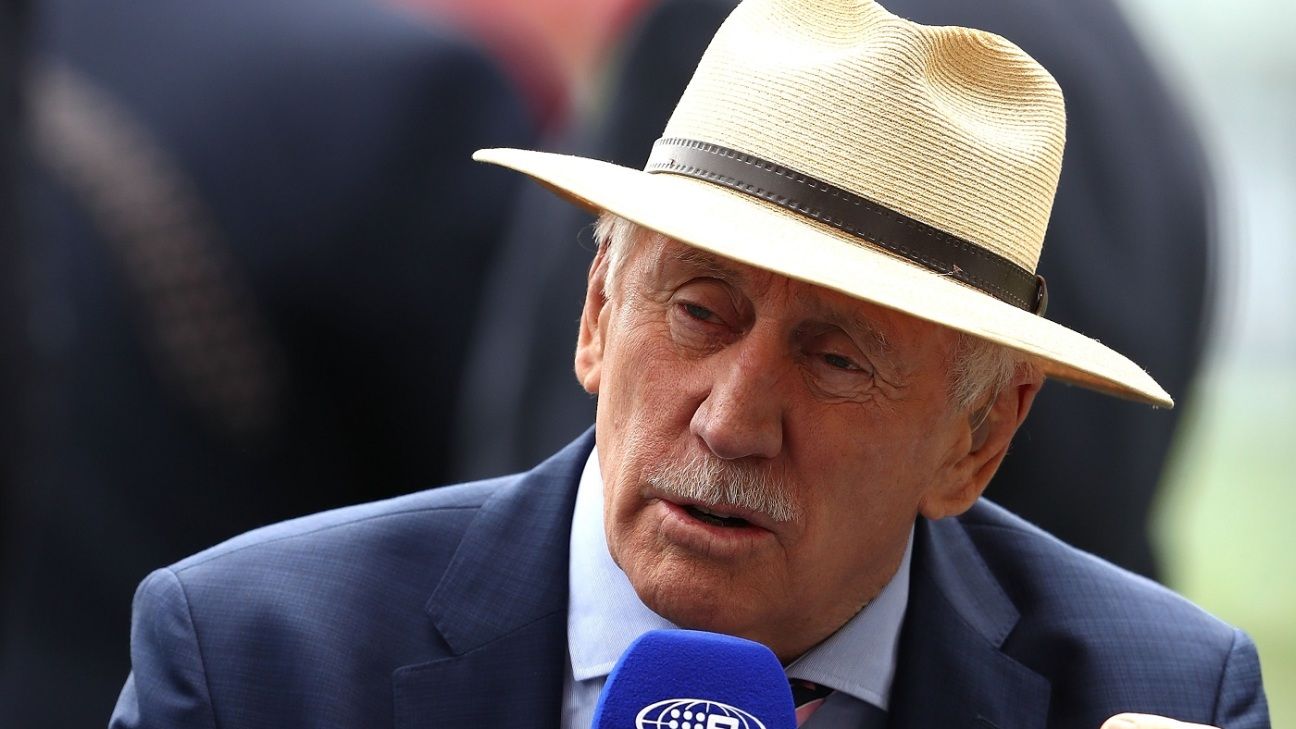 Former Australia captain-turned-commentator Ian Chappell has revealed he has been undergoing intense radiotherapy after being diagnosed with skin cancer.

The 75-year-old Chappell, who played 75 Tests for Australia from 1964 to 1980, said he had completed five weeks of treatment, having cancers removed from his shoulder, neck and underarm. The pathology has come back clear, according to him, and he expects to be fit to commentate during Channel Nine‘s Ashes coverage in August.

“I didn’t tell too many people early on. Mainly because I just wasn’t sure what the radiotherapy would involve and how weary I’d be,” Chappell told The Daily Telegraph.

“But as it turned out, it wasn’t so bad. A bit of tiredness at night and a bit of skin irritation, but other than that I’m feeling pretty good. I told family and gradually a couple of my team-mates and I’ve been getting calls from them pretty regularly which is nice.

“With the Ashes coming up now, I’ll speak to Nine and just say, ‘look, I’m ready to go if you need me.”

Chappell, who made 5345 Test runs at an average of 42.42, also revealed that he enjoyed a family reunion with his brothers Greg and Trevor.

“When you hit 70 you feel (vulnerable) anyhow, but I guess I’ve got so used to bloody skin cancers over the years, and the fact that none of them have been melanomas, probably provides a bit of comfort. It may be naivety on my part,” he said. “I’ve had multiple skin cancers cut off, burnt off and every other way you can get rid of them.

“When Richie [Benaud] and Tony [Greig] went … again, it was just a reminder that it happens to everybody.”

Benaud, who also suffered from skin cancer, died in 2015 after a long battle with the illness, while Greig died in 2012 having battled lung cancer. Both were Chappell’s long-time commentary colleagues.

Chappell had reportedly continued to commentate for Macquire Sports Radio during his radiotherapy, but had stepped back during the World Cup due to late working hours.