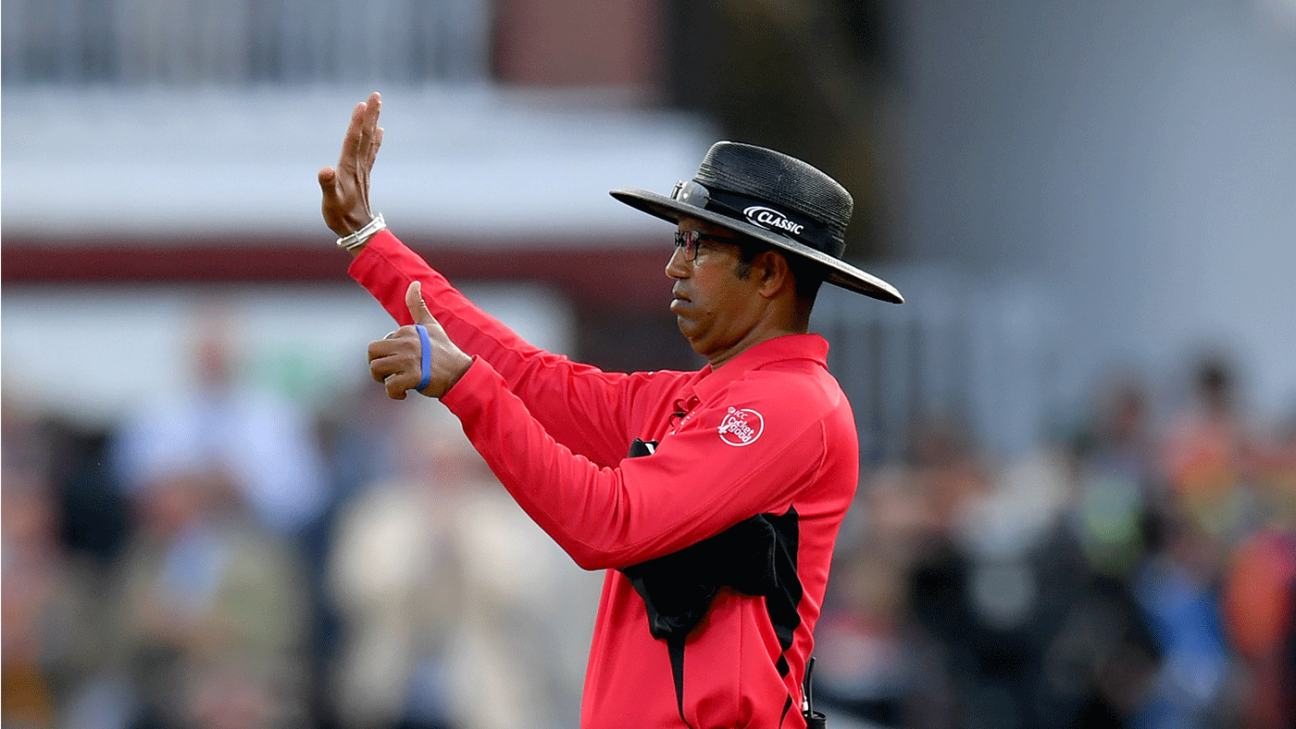 Umpire Kumar Dharmasena has said that the decision to award England six runs instead of five following the overthrow in the last over of the World Cup final was a collective one, and was made in consultation with square leg umpire Marais Erasmus, a conversation that was audible to all match officials on the day. Dharmasena admitted to the error but said he would “never regret” the decision.

“It’s easy for people to comment after seeing TV replays,” Dharmasena told Sri Lankan publication the Sunday Times. “I agree that there was a judgmental error when I see it on TV replays now. But we did not have the luxury of TV replays at the ground and I will never regret the decision I made. Besides, the ICC praised me for the decision I made at that time.”

Law 19.8 of the playing conditions states that the batsmen at the crease – Ben Stokes and Adil Rashid – should have already crossed before Martin Guptill began to throw for the second run to count in the final tally. Replays suggested this was not the case as Guptill’s throw ricocheted off Stokes’ bat and rolled into the boundary behind the wicketkeeper. In simpler terms, the equation that came down from 9 off 3 to 3 off 2 with Stokes retaining strike should have been 4 off 2 with Rashid on strike.

ALSO READ: ‘Don’t think it’s fair to have a result like that’ – Eoin Morgan

Dharmasena, who had been criticised for the erroneous caught-behind decision of Jason Roy during the semi-final, came in for further criticism after the final. While the players themselves had no major problem with either the umpiring or the laws, public opinion was decidedly split – even hostile – about the manner in which England eventually won the title. The perceived reluctance to use technology was one of the talking points.

“There is no provision in the law to refer this to the third umpire as no dismissal was involved,” Dharmasena said. “So, I did consult the leg umpire through the communication system which is heard by all other umpires and the match referee. And, while they cannot check TV replays, they all confirmed that the batsmen have completed the run. This is when I made my decision.”

“So, we assumed that they had crossed each other at the time of fielder releasing the ball. These are things that happen in a cricket field,” he said. “For instance, an umpire can call a wide or a no-ball wrongly and just because the TV replays shows otherwise, we cannot go back and reverse the match. This is one such incident.”