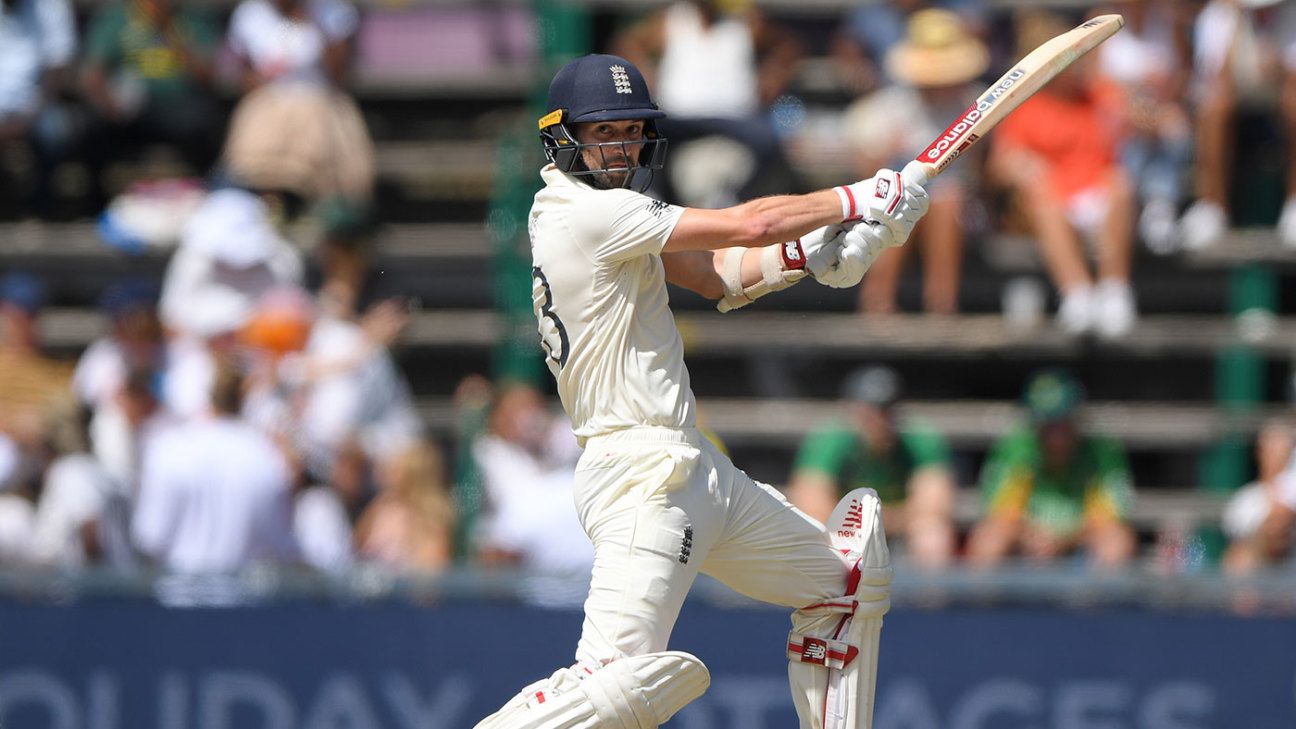 Mark Wood admits he took a gamble on his fitness to make himself available for the fourth Test at the Wanderers, but is delighted that he did so after starring with bat and ball to put England on course for a memorable 3-1 series win.

Wood, who admitted to “soreness” after an energetic display in England’s innings win at Port Elizabeth last week, seemed set to be rested from this game until Jofra Archer pulled out through injury shortly before the toss.

And ever since that moment, Wood has been England’s most eye-catching performer (with ball, and less expectedly, bat) to underline both his effectiveness and his fitness. The highlight, in his day-job at least, was a delivery of 94.4mph that claimed the wicket of Pieter Malan, although his personal pick was a cover-driven six during his thrillingly free-wheeling tenth-wicket stand with Stuart Broad that left him “buzzing”.

But as well as expressing delight in helping England gain the upper hand in the game, Wood was also thrilled that he had proved he could play back-to-back Tests. For Wood’s career has been blighted by injury and the last time he attempted to play two Tests so close together, against South Africa in 2017, he struggled horribly.

“I’ve been through periods when I shouldn’t have played when I did,” said Wood. “At least two Test matches – the Lord’s Ashes Test of 2015 and the Trent Bridge South Africa Test of 2017 – hurt my career and probably took me backwards.”

“Probably until the morning of this game I wasn’t in the team,” said Wood. “I put a lot of effort into the last game and I was a bit sore after it. I hadn’t played for six or seven months before it. I was just stiff and sore everywhere.

“But on the morning of the game I spoke to the captain and the coach and said ‘if you want me, I’m ready to go’. I couldn’t guarantee to them I could bowl 90mph in my fourth or fifth spells but I felt good in the warm-ups and I told Chris Silverwood: ‘I’m not quite sure how it’s going to go, but I’m ready to charge in for you one more time.’

“I’m glad I made that decision as it’s gone well.”

Indeed it has. As well as three of the first six wickets, Wood struck a belligerent and unbeaten 35 to extend England’s innings to 400. It’s the first time since March 2013 that England have made successive scores of 400 in Test cricket, while his 82-run 10th-wicket stand with Broad, who thrashed an equally entertaining 43, was the highest for the wicket ever made in a Test on the ground. Incredible as it sounds, Wood has now hit as many sixes in his Test career – 10 – as David Gower did in the whole of his.

Afterwards, Wood credited his wife, Sarah, and his dad, Derek, for the help they had given him with his batting.

“I did a lot of work in the Newcastle indoor centre, behind the scenes there on the bowling machine,” Wood said. “Sometimes with my Dad, sometimes with my wife feeding me the balls on the machine.

“I knew we were coming here and it was a bit bouncy, so I was working on how I thought they’d attack me, either at the stumps or at my head. My wife hit me [with the ball] a couple of times. She has been laughing, telling me to get in line.

“Dad as well is particularly spicy but Silverwood is the worst because he laughs when he hits you. You think the coach would be more supportive but he just laughs. He’s still got a fast bowler in him I think.

“I was buzzing with the six I hit over cover-point. Externally you have to act all professional and that, but internally I was like ‘what a shot that was’. I was trying not to look too buzzing.”

But it’s the bowling that really marks Wood out as a valuable player for England. And while, in those previous back-to-back Tests his figures have been pretty ugly – he finished with 1 for 131 in the match at Lord’s and 0 for 129 at Trent Bridge – here he has already claimed 3 for 21. Not for the first time, the thought occurred that his statistics should be judged differently since he lengthened his run-up at the end of 2018. Since then, his 12 Test wickets have cost 14.75 apiece.

“Since I changed my run-up things seem to click a little easier,” he said. “I’m not forcing it as much and I feel I have better rhythm. Plus, having an iconic stadium and quick pitch gives you extra incentive to impress.”

According to CricViz, only Steve Harmison – like Wood, a product of Ashington and Durham – has bowled a quicker wicket-taking delivery for England since speedguns were introduced in Test cricket: a 97mph delivery to dismiss Glenn McGrath at Perth in 2006.

“I don’t know if the ball to Malan was the best ball I’ve bowled,” said Wood. “My first-ever wicket – well, it wasn’t technically a wicket – was Martin Guptill at Lord’s. It was a very similar ball but it turned out my foot was just over the line and it was a no-ball. I was pretty close this time but I just got a tiny bit of foot behind it.

“Winning this series would mean a hell of a lot to me. I want to affect games of cricket for England. It was nice to get some runs and get some catches in the last game, but I know my main suit is my bowling. To be able to win a series away from home against a quality opposition would be especially pleasing for me after coming through some hard times.”